1200 Soldiers Dead, 3000 Wounded, Operation Pawan in Lanka Was No Walk in the Woods 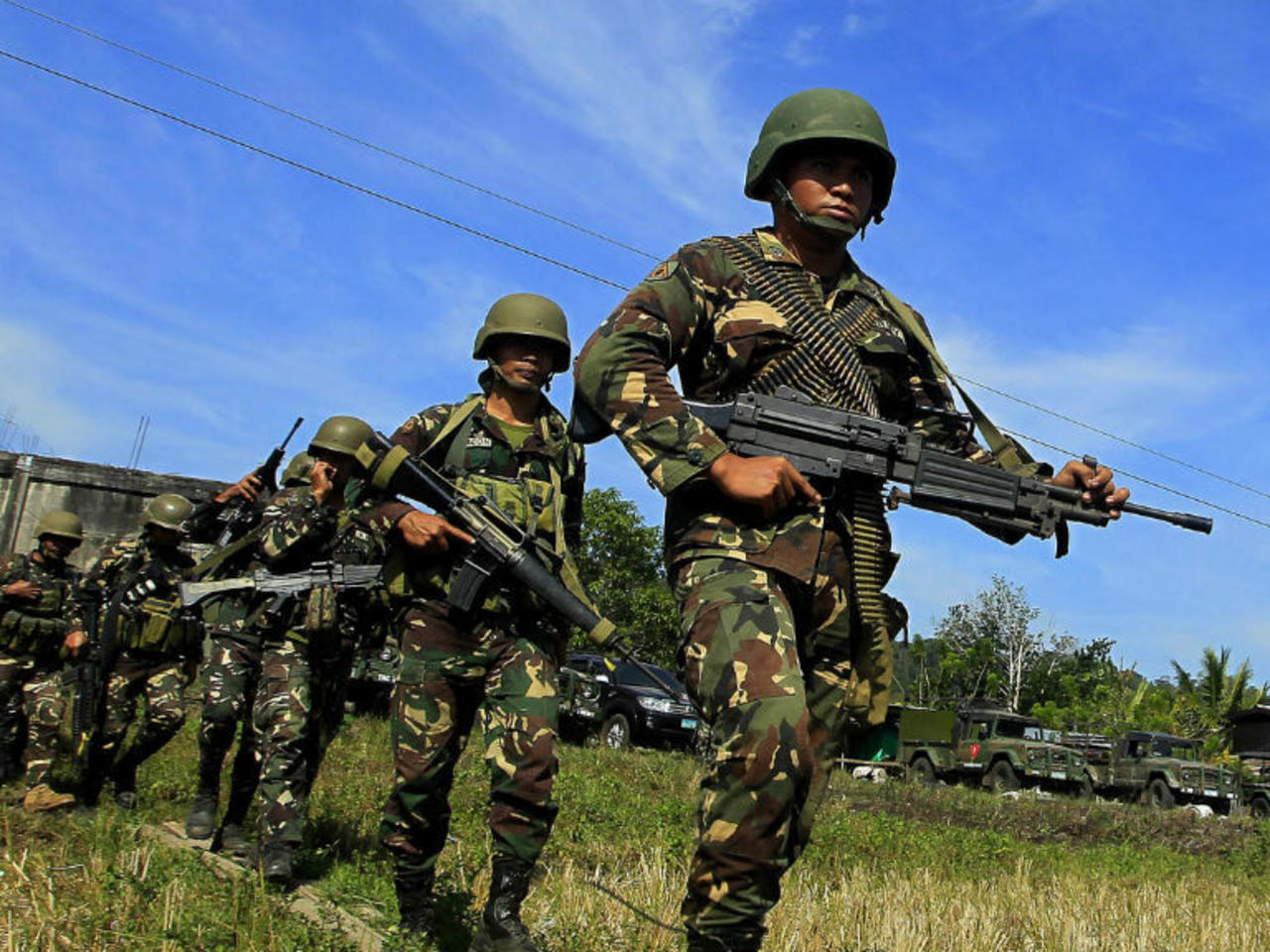 Having personally experienced Operation Pawan (1987-1990), the Indian military expeditionary operation to stabilize Sri Lanka’s ethnic problem with its Tamil minority, I can unequivocally state that it was one of the most challenging experiences of my 40-year career in the Indian Army which also made me grow professionally. In the public mind it’s just a blip in history, but losing nearly 1,200 soldiers with almost 3,000 wounded is no ‘walk in the woods’ operation.

There is a need to remind people what the ethnic conflict was all about, how India got sucked into it and why the peacekeeping operation conceived under the Rajiv-Jayewardene Accord became expeditionary peace enforcement. It will clarify why the Indian Peace Keeping Force (IPKF) never shaped its operations to comprehensively destroy and defeat the Liberation Tigers of Tamil Eelam (LTTE) and accepted high soldier casualty. Today, 34 years later, some veterans of the IPKF have taken it upon themselves to honour their comrades who never returned to their motherland, by laying wreaths at the National War Memorial in New Delhi.

On July 29, 1987, an accord signed between Prime Minister Rajiv Gandhi and President J.R. Jayewardene of Sri Lanka attempted to put the lid on the ethnic conflict between the Sinhala and the minority Tamil community which had been raging for some time since the mid-1970s. In 1987, 2.6 million Tamils of both Sri Lankan and Indian origin formed a part of the 15 million-strong population of Sri Lanka; they were located in the North and the East. With a large Indian Tamil population of 43 million, mainly centered in Tamil Nadu, Pondicherry, and Karnataka, the Indian government was under pressure to relieve the agony of the minority Tamils of Sri Lanka.

The LTTE under their supremo, V.Prabhakaran, had developed into a high-quality guerilla force which was giving the Sri Lankan Army (SLA)a run for their money. The July 29, 1987, Accord focused on disarming of the LTTE, return of the SLA to its barracks, and the empowerment of the minority Tamil population by devolution of powers. The LTTE and its supremo were not party to the accord and took the provisions grudgingly, especially the disarming of the cadres. The latter would leave the LTTE at the mercy of the SLA should the Indian government fail to live up to the execution of the accord. A series of events involving trust deficit led to the LTTE refusing to give up arms. The Indian Army had deployed just a division strength, with no/minimal support weaponry for the supposedly purely benign peacekeeping operation.

FROM PEACEKEEPING TO PEACE ENFORCEMENT

In early October 1987, a confrontation necessitated the conversion of the peacekeeping operation into one of peace enforcement, almost conventional warlike, to disarm the LTTE. Rapid mobilization of reserve and offensive formationsfrom mainland India was done and an intense phase of operations commenced for the capture of Jaffna through the airhead at Palaly airfield, north of Jaffna.

Taken by surprise, the Indian Army formations and units arrived minus maps; hardly any were available even at the end of the operations in early 1990, and there was little artillery support. Before embarking on the advance of 22 kilometers to Jaffna, the Indian Army attempted to capture the LTTE leadership which was reported to be meeting at the Jaffna University. A daring heliborne operation with 10 Para Commando (now Special Forces) and 13 Sikh Light Infantry (LI) was launched on 11 October 1987 but turned out to be disastrous with the loss of 30 Sikh LI troops and six paratroopers. An account of the operation, available online, makes for a fascinating read.

The IPKF thereafter launched a major operation for the capture of Jaffna town, using multiple approaches with a brigade force on each. The IPKF was reluctant to enter into full combat drive despite losses it had suffered; it did not use heavy support weaponry until forced to. The LTTE innovated well. It employed snipers atop houses and laid mines and improvised explosive devices (IEDs) on the roads and just off the roads blowing up supply and ammunition vehicles. It had an array of improvised mines and switches which could be easily camouflaged.

Third, the LTTE used some unconventional tactics to deceive our troops who had very little time to orientate themselves to the type of enemy and nature of operations. This can best be imagined by the fact that some units did peacetime physical training (PT) in the morning in their cantonments (Gwalior), were airlifted by the day to Palaly, and were in operations in Jaffna before dark. Battle procedure is a well laid down and practiced set of actions but rob a unit off this and it will lead to compromise.

Despite all this, the true mettle of the Indian soldier once again shone against all odds. Only foot movement was resorted to, with officers merging with troops to avoid being distinctively identified by snipers. The intense phase for the capture of Jaffna lasted till November 28, 1987, when the Jaffna Fort was finally captured. The Indian Army suffered fair number of casualties due to the unexpected tactical conditions and the pressure to convert potential failure to success.

From December 1987 to March 1990, the IPKF carried out a classic counter-insurgency (CI) campaign by bringing additional troops, taking the overall strength to 100,000. The formations prevented the LTTE from finding its feet, keeping it on the run and unable to consolidate. The IPKF adopted a copybook CI grid with areas of responsibility given to units and sub-units under formations. Search and destroy operations (SADO) and raids remained the main operations but the LTTE continued to improvise.

Prabhakaran remained holed up in the Vani jungle, off the town of Alampil. I had the occasion to command the Alampil coast complex and make forays into the thick Vani jungles for SADO. My unit 4 Garhwal Rifles along with 9 Para Commando (now SF) under the famous 7 Infantry Brigade (Brigadier Ravi Palsokar) conducted a near-conventional operation to enter and destroy Prabhakaran’s camp (Daddy Camp) in March 1989.

Even as the IPKF troops adapted themselves to such operations, the LTTE continued to strike with IEDs and ambushes which were the main cause for the casualties we suffered even as the CI phase progressed. There was a lack of political direction on what really was expected from the IPKF. If necessary, the IPKF could at the cost of some more casualties have adopted a near-conventional approach and with the use of air and artillery support vanquished the LTTE. The political compulsion did not accept such a contingency due to obvious sensitivities.

We had made an enemy of the LTTE which actually had no brief against us. We had also angered the Sri Lankans because of our reluctance (not inability) to destroy the LTTE. One can understand the political compulsions but prolonging the mission without a clear aim brought unnecessary loss of face, for no fault of the troops who had fought valiantly.

We had some great moments of unique valour. Major (later Brigadier) H.S. Kaura, an Army Aviation pilot, suffered a bullet wound in the jaw while piloting his machine and supporting an operation on the ground. His senior and co-pilot Maj Daman Sehgal suffered wounds to his hand on the joystick but the duo managed to land their helicopter intact. Late Major (later Colonel) Anil Kaul, VrC, along with Lt Col (later Maj Gen) Dalvir Singh, VrC, attempted to take a troop of tanks along the railway line to Jaffna town to relieve the surrounded paratroopers and Sikh LI troops. Both suffered injuries, Kaulrather severe, which put paid to his career. Major Ramaswamy Parmeshwaran of 8 Mahar posthumously won the coveted Param Vir Chakra for his valiant action in killing five LTTE militants who had ambushed his column south of Jaffna.

On this day, we pay homage to the brave hearts of India who gave up their all to keep the flag of India flying high in this expeditionary mission—Operation Pawan. The GOC IPKF Lt Gen A.S. Kalkat (Retd) today laid a wreath at the National War Memorial in honour of those who did not return from the mission.