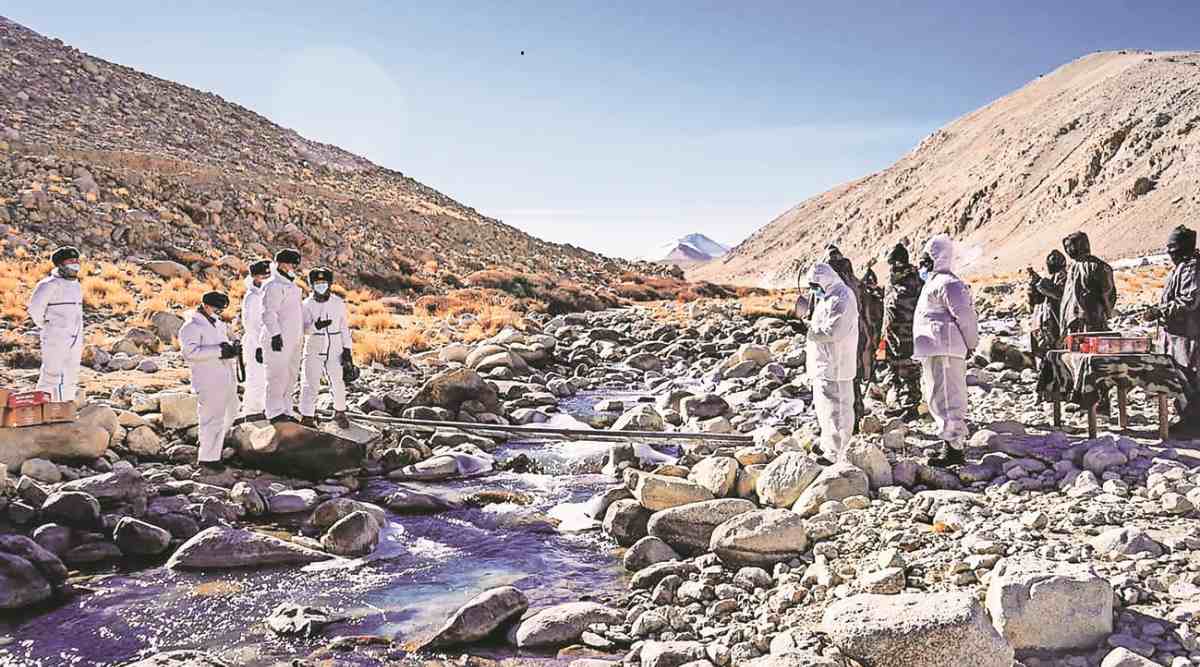 India is looking towards a constructive dialogue in the upcoming 14th round of military discussions with China on Wednesday.

On Monday, sources in the security establishment said that the Indian side is “looking forward to constructive dialogue to resolve the balance [remaining] friction areas”.

This will be the 14th Senior Highest Military Commander Level (SHMCL) meeting to resolve the standoff in eastern Ladakh, now on for more than 21 months.

The meeting between the Corps Commanders will take place on the Chinese side of the Chushul-Moldo Border Personnel Meeting (BPM) point. This will be the first time that Lt Gen Anindya Sengupta will lead the Indian delegation.

Lt Gen Sengupta, who took over from Lt Gen P G K Menon as the commander of the Leh-based XIV ‘Fire and Fury’ Corps last week, was part of the 13th meeting in October as well — Lt Gen Menon had then led the Indian delegation.

The last meeting had ended without a breakthrough, even though India had been hopeful of reaching an agreement on disengagement from Patrolling Point (PP) 15 in Hot Springs. Each side has a platoon-sized strength of soldiers in the area. Apart from PP15, there are two more outstanding issues in eastern Ladakh.

In Depsang Plains, Chinese troops are blocking Indian soldiers from accessing their traditional patrolling limits at PP10, PP11, PP11A, PP12 and PP13. The area is close to India’s strategically significant Daulat Beg Oldi near Karakoram Pass in the north.

In Demchok, some so-called civilians from China have pitched tents on the Indian side of the Line of Actual Control, and are refusing to vacate.

The meeting in October had ended with both sides blaming each other for the situation. After the meeting, India had said that during the discussions the Indian side had “emphasised [that] such resolution of the remaining areas would facilitate progress in the bilateral relations”, and had made “constructive suggestions for resolving the remaining areas”.

However, “the Chinese side was not agreeable and also could not provide any forward-looking proposals”, it said.

Till now, the two militaries have disengaged from PP14 in Galwan Valley, north bank of Pangong Tso, heights of Kailash Range in the Chushul sub-sector, and PP17A near Gogra Post. Both sides have more than 50,000 troops each in the region, along with additional air defence assets, artillery, missiles, tanks and other military equipment.