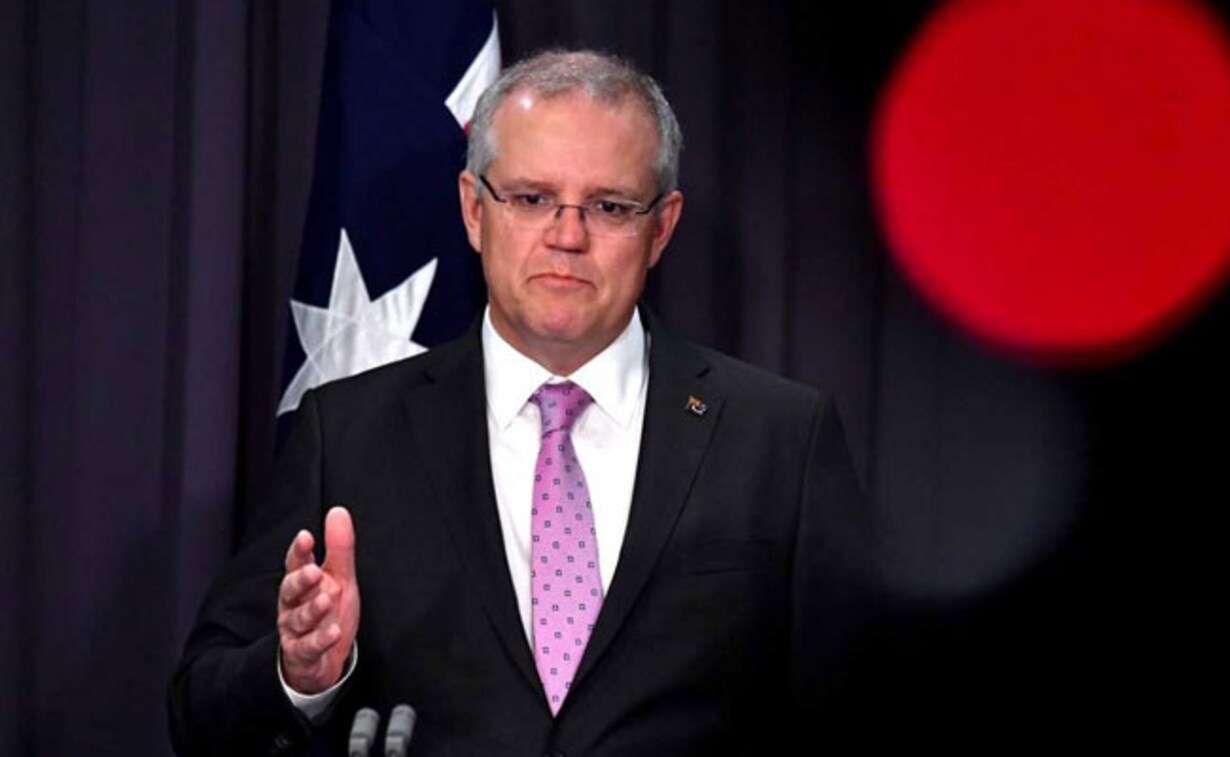 Japan and Australia on Thursday signed a “landmark” treaty to strengthen defence ties, saying the accord would contribute to regional stability, as China expands its military and economic clout.

While Australian Prime Minister Scott Morrison did not mention Beijing directly in a statement released ahead of the signing, the agreement is seen as another step by the regional allies to signal their concern over China’s military expansion.

Ahead of Thursday’s online summit with his Japanese counterpart Fumio Kishida, Morrison called the agreement “a statement of two nations’ commitment to work together in meeting the shared strategic security challenges we face and to contribute to a secure and stable Indo-Pacific”.

“This landmark treaty will… for the first time provide a clear framework for enhanced inter-operability and cooperation between our two forces,” Morrison said.

The partnership reflects “our shared values, our commitment to democracy and human rights, and our common interests in a free, open and resilient Indo-Pacific”, he added.

Japan and Australia, along with the United States and India, are part of the “Quad” grouping that has worked to build an alliance in the face of China’s swelling presence across Asia, including its threats to vital international sea lanes.

Ali Wyne, senior analyst at Eurasia Group, said the treaty could enhance Tokyo and Canberra’s ability to carry out joint military exercises in Japan with the United States.

It “goes a considerable way towards concretising the forms that security cooperation between Japan and Australia could take”, he told AFP.

“China will likely cast it as further evidence that advanced industrial democracies seek to stymie its resurgence, although Beijing’s own conduct in recent years has contributed considerably to its growing diplomatic estrangement from those countries,” Wyne added.

When asked about the treaty at a regular briefing on Wednesday, Chinese foreign ministry spokesman Wang Wenbin said “the Pacific Ocean is vast enough for the common development of countries in the region”.

“State-to-state exchanges and cooperation should be conducive to enhancing mutual understanding and trust among countries in the region and safeguarding regional peace and stability, rather than targeting or undermining the interests of any third party,” he said.

“We hope that the Pacific will be an ocean of peace, not a place to make waves.”

Japan’s defence spending has been increasing steadily for a decade and the country’s draft 2022-23 budget includes a record figure for the military.

Wyne said Thursday’s treaty also underscores the momentum of the Quad, which held its first in-person summit in Washington in September.

Also in September, the United States, Britain and Australia announced they had formed a new alliance — AUKUS — under which Australia will acquire nuclear-powered submarines using US technology.