A Confrontation Over Coronavirus Pandemic’s Origin Is Brewing 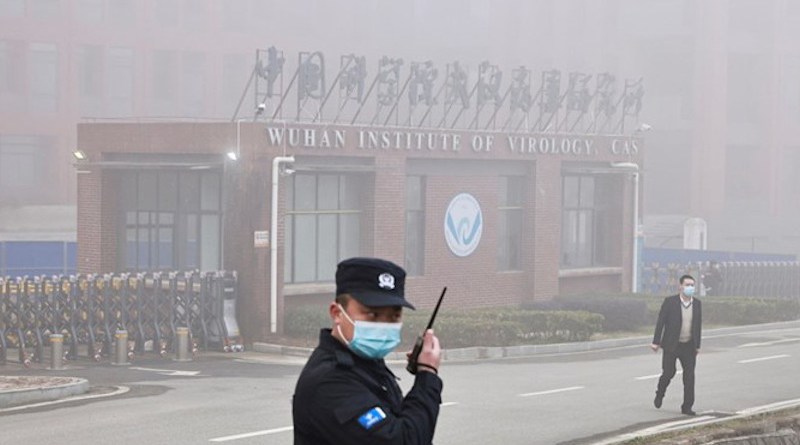 Last week, China and the US drew closer to another confrontation, with President Joe Biden ordering a detailed intelligence review on the origins of the covid pandemic. As the debate on the subject took on a serious turn in recent days with new intelligence details emerging about several researchers at China’s Wuhan Institute of Virology (WIV) falling ill in November 2019 and being hospitalized, Biden has asked the US intelligence community to prepare “a report on their most up-to-date analysis of the origins of covid-19, including whether it emerged from human contact with an infected animal or from a laboratory accident.”

This is a follow-up to a report he had asked the US intelligence to prepare in March on the same question. In his statement, Biden underlined that “the U.S. Intelligence Community has ‘coalesced around two likely scenarios’ but has not reached a definitive conclusion on this question. Here is their current position: ‘While two elements in the [intelligence community] lean toward the former scenario and one leans more toward the latter—each with low or moderate confidence—the majority of elements do not believe there is sufficient information to assess one to be more likely than the other.” And so the need for a new assessment.

China has repeatedly and vehemently refuted the suggestion that the Sars-CoV-2 virus came from its lab in Wuhan, but the circumstantial evidence that the virus could have leaked out has been growing. Around a year ago, former US president Donald Trump had started talking of the possibility that this virus could have escaped from a lab in Wuhan and concerns were expressed about biosecurity at the lab by US embassy officials. But these suggestions were dismissed as a fringe conspiracy theory. Today, as these views are becoming mainstream, with everyone from Dr Anthony Fauci to President Biden acknowledging that there might be some merit in the lab-accident hypothesis, there is a renewed sense of investigative urgency.

Pressure is mounting, with media reports emerging of new evidence and previous sceptics revising their views. The US Congress is also stepping up its role, demanding more categorical answers from US intelligence agencies and calling for the declassification of any intelligence related to links between the WIV and the origins of the Sars-CoV-2 pandemic.

After fudging the issue of holding China accountable initially, the World Health Organization (WHO) conducted an investigation into the origins of the pandemic earlier this year and dismissed the possibility of an accidental leak from the Wuhan Institute as “extremely low.” This report underlined that there was “no reporting of covid-19 compatible respiratory illness during the weeks/months prior to December 2019, and no serological evidence of infection in workers through SARS-CoV-2-specific serology-screening.” This failed to generate global confidence, with several nations critical of the way in which this exercise was conducted. Not only did the WHO investigators have little or no access to some very critical data and samples, its reliance on Chinese authorities for the evidentiary basis of its claims led to its dismissal as a non-serious work. In fact, China’s misuse of the WHO from the very beginning of the covid crisis has led to a credibility crisis for the wider institution.China, of course, is unlikely to become more transparent on this issue and provide much-needed crucial information for other countries to reach reasonable conclusions. After Biden’s announcement, the Chinese foreign ministry reacted strongly, arguing “the US doesn’t care about facts or truth at all, neither is it interested in a serious scientific study on the origins. Its only aim is to use the pandemic for stigmatization and political manipulation to shift the blame.”

China has desperately been trying to link Fort Detrick, a US Army biomedical research laboratory in Maryland, to the emergence of the virus without much success.

After more than a year-and-a-half since the virus first emerged, there is hardly any clarity on its origins, despite it having spread around the world and killed almost 3.5 million people, by official counts. Perhaps there never will be any clarity, given the state of play and China’s reluctance to play ball. But it is imperative for the world to push for a transparent investigation, given the high stakes. This is not a bilateral matter between China and the US, though Biden’s recent decision may have opened up another front in an already challenging US-China relationship. Unless we know the origin of this pandemic, it would be very difficult to respond adequately and protect us from future such events. In the absence of an effective response the whole edifice of global governance, already under enormous stress, might just crumble. Biden has suggested that the US will keep working with like-minded partners across the world to “press China to participate in a full, transparent, evidence-based international investigation.”

New Delhi has supported global calls for a comprehensive investigation by the WHO into the origins of covid. It needs to do much more—by not only partnering with other countries, but also undertaking its own intelligence assessment of the case. Given the worsening of Sino-India ties, this should be a priority for New Delhi.