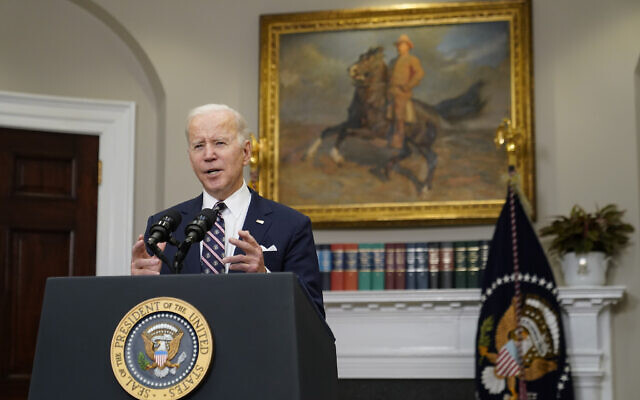 “Last night at my direction, US military forces in northwest Syria successfully undertook a counterterrorism operation to protect the American people and our Allies, and make the world a safer place. Thanks to the skill and bravery of our Armed Forces, we have taken off the battlefield Abu Ibrahim al-Hashimi al-Qurayshi—the leader of ISIS. All Americans have returned safely from the operation. I will deliver remarks to the American people later this morning. May God protect our troops,” US President Joe Biden said in a statement.

IS leader ‘blew himself up’, says AFP

Citing a US government official, news agency AFP reported that the IS leader blew himself up during a US raid in Syria. Photos shared by the Associated Press showed people inspecting a destroyed house following an operation by the US military in the Syrian village of Atmeh, in Idlib province.

Abu Ibrahim al-Hashimi al-Qurayshi was appointed as the leader of the Islamic State after Abu Bakr al-Baghdadi was killed by the US forces in Syria in October 2019.