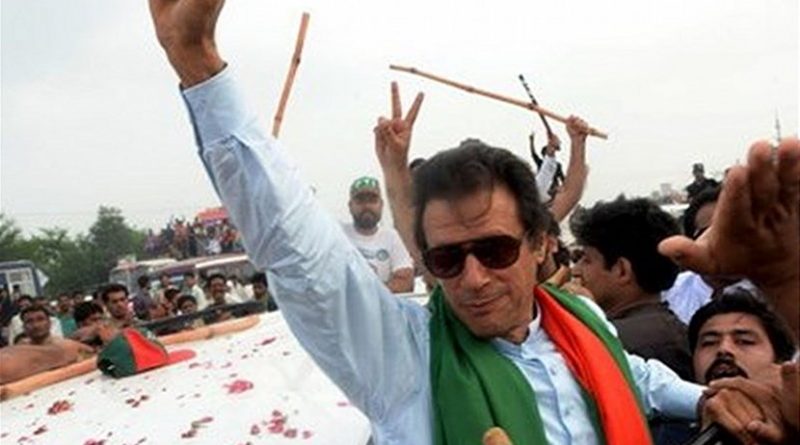 Pakistani Establishment’s gloating triumphalism gushing out of Pakistan PM Imran Khan, Foreign Minister Qureshi and ‘loose cannons’ within Pakistan Cabinet on the self-perceived success of the installation of Afghan Taliban 2.0 Regime in Kabul has drawn some noticeable ‘sombre reactions’ within Pakistan.

These sombre reactions measured in their content and seriously concerned about the quagmire in which Pakistan could be drawn into as a result of its euphoric and premature statements by ruling party PTI leaders should be a timely warning to them that there are bigger geopolitical forces at play in Afghanistan with Afghan Taliban 2.0 Regime installation in Kabul.

Noted Pakistan Columnist Zahid Hussein in his Column entitled ‘Afghan Policy Conundrum’ on September 01, 2021, significantly asserts that “But there is a severe disconnect between the situation on the ground and narrative”. He opens his thoughts with that “The situation is still fluid” and adds that “More than any other country it is Pakistan that should be more concerned. But there seems to be little understanding in the Government about how to deal with the shifting sands across the Durand Line.”

But Zahid Hussein’s scathing criticisms of the Pakistani Establishment’s euphoric mood are reserved for PM Imran Khan. Without going into long quotes of PM Imran Khan and his Foreign Minister Qureshi, what in essence Zahid Hussein conveys is that (1) Thoughtless remarks on recognition of Afghan Taliban 2.0 Regime going against Pakistan’s stated policy of not going solo, and (2) Premature according to the legitimacy of Afghan Taliban 2.0 Regime even before the Taliban has yet to formally announce the formation of Government.

The thoughtful remarks made above should be an eye-opener to the US Policy Establishment in Washington and London and even to India before they proceed with any diplomatic recognition of the Afghan Taliban 2.0 Regime in Kabul.

Air Marshal Shehzad Chaudhary Retd and a former Ambassador in his Column in Express Tribune September 03 after a long exposition on intervention wars and Major Powers, in the concluding paragraphs, come out with deeply sombre thoughts on Pakistan’s present stances.

“Beating drums, firing in the air, and fuming success in mouthful claims are indicative of delusionary make-believe world—one seeped in serious miscalculations shorn of strategic sensitivity”. This obviously is a reminder for both Kabul and Rawalpindi. Implicitly added later on the Air Marshal points out that “But without the wherewithal, That’s the irony.’

Really it is ironic. The Afghan Taliban depending upon Pakistan and a bankrupt Pakistan depending on China to reconstruct Afghanistan.

The last paragraph of the Air Marshal’s Column is not only telling but put forth in brutally frank powerful content which needs to be noted and reflected on by Pakistan Government and its backers the Pakistan Army. Notably, the Air Marshal asserts that “We have other challenges to contend as a nation than trumpet what remains largely neighbourly predicament. We should help as much as possible but without gloating over one more imaginary victory over another superpower that we wrongly ascribe to ourselves.”

The last few sentences are words of advisory caution for the Pakistani Establishment “From the Afghan experience may arise further challenges to our state far deeper in extent and impact. If indeed Afghanistan is history’s graveyard of empires it is for Afghanistan to carry the chip, not us. What should worry us instead is having a metaphorical graveyard as a neighbour.”

Finally rounding off, it is asserted that “If so, it might haunt us forever with effects far more lasting than battlefields will ever deliver. It is time to take stock instead.”

Analytically, it seems such voices within Pakistan are likely to become more vocal as it bodes ill for Pakistan to keep on indulging in grandiose foreign policy adventurism not sustainable by its size or naturally endowed attributes of national power.

Undoubtedly, it is not only that Islamabad and Rawalpindi that have to take stock of Pakistan’s future but also Washington, Moscow and Beijing— Pakistan’s erstwhile and new strategic patrons. Asserted in the last twenty years in my writings is that Pakistan’s strategic patrons, past and present, have a limit to the extent that they can underwrite Pakistan ‘boxing much above its true strategic weight’.

Pakistan in 2021 has an economy that is in a meltdown state and has no independent financial robustness to sustain its king-sized egoistic foreign policy with special reference to Afghanistan. Nor is Pakistan a “Swing State” like India which gats counted in global calculations by its geopolitical weight.

Concluding, one could add one’s own personal sombre thought on Pakistan today, and that is, that Pakistan’s current strategic patron China perceptional too also views Pakistan as a ‘Rentier State’ to be made use of in Afghanistan like the United States has done in the past. Pakistan as a whole needs to introspect on its truly strategic and geopolitical weight in global affairs, apart from being used as a ‘Rentier State”.