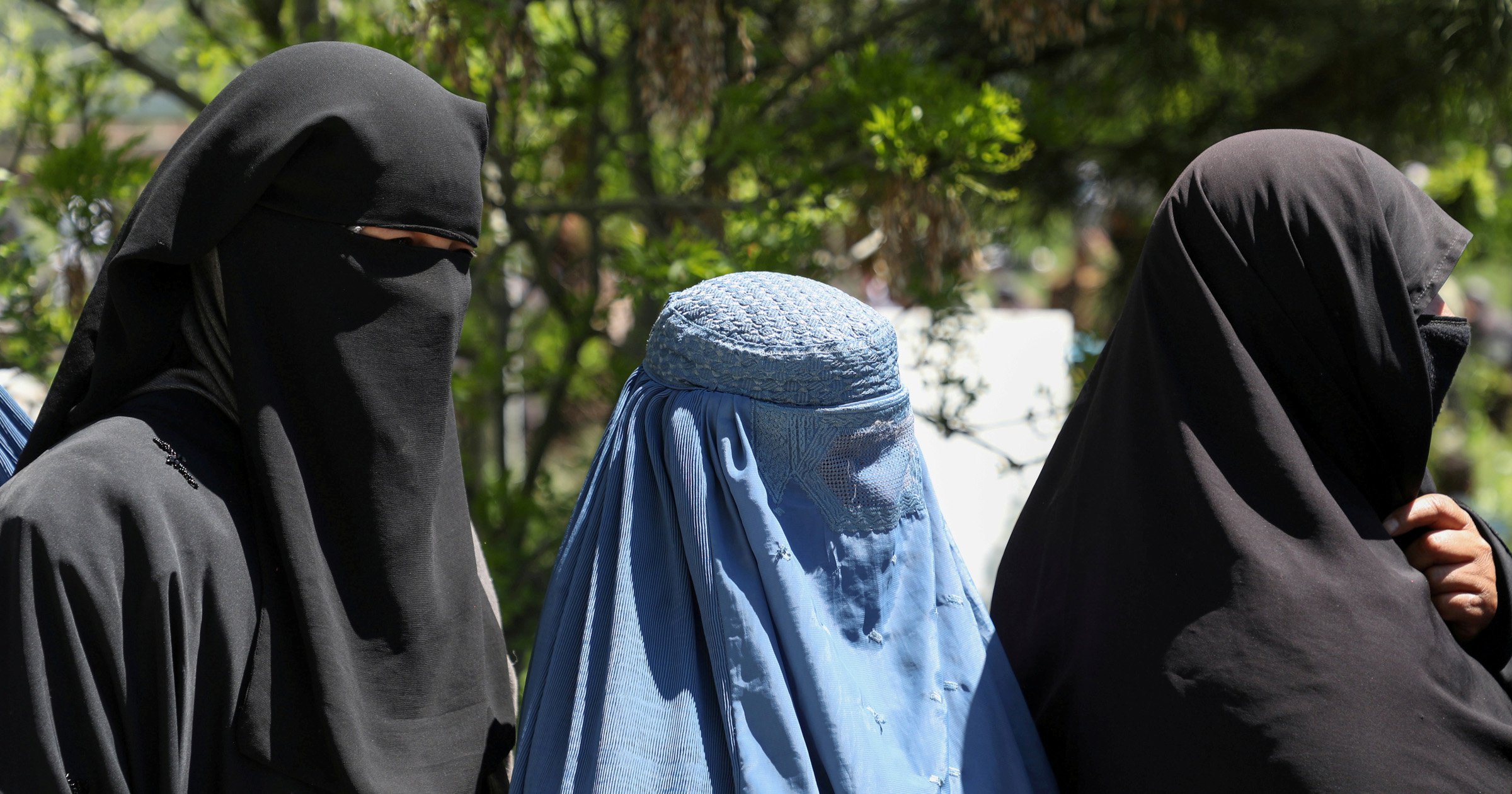 On November 13, 2021, two female officers affiliated with the former Afghan National Army were found dead in Gardez, the capital of Paktia Province. Sources indicated that the killing took place on November 12.

On November 6, 2021, the Taliban stated that rights activist and university lecturer, Frozan Safi, was killed in the northern city of Mazar-i-Sharif in Balkh Province. Reports indicate that the woman received a call – an invitation to join an evacuation flight – and was picked up by a car, only to be found dead later. There are conflicting reports regarding the actual number of her dead associates, with some suggesting that Safi and three other women were killed, while others suggest Safi and another female were found dead.

On September 4, 2021, a pregnant Policewoman, Banu Negar, was mutilated and killed, suspected by the Taliban, in front of her husband and children in Firozkoh, the capital of Ghor Province.

On July 12, 2021, a woman, identified as Najia, was killed by Taliban cadres in Faryab Province as she refused to cook for them.

These incidents are not in isolation. Though no official data is available for the period after June 30, 2021, according to partial data compiled by the South Asia Terrorism Portal (SATP), based on open media sources, at least 15 women have been killed and two injured by insurgents since July 1, 2021 (data till November 21, 2021). These numbers, however, are likely to be gross underestimates of the true level of violence targeted against women. Indeed, the United Nations (UN) Office for the Coordination of Humanitarian Affairs (OCHA), in its 2020 Afghanistan Humanitarian Needs Overview, noted, “Women across Afghanistan continue to be subject to high rates of violence related to their gender, although this remains difficult to quantify due to suspected underreporting and overall lack of data.”

Meanwhile, according to the United Nations Assistance Mission in Afghanistan’s (UNAMA’s) Afghanistan 2021 Midyear Update on Protection of Civilians in Armed Conflict, released on July 26, 2021, at least 219 women had been killed and 508 were injured between January 1 and June 30, 2021. In the corresponding period of 2020, at least 139 women were killed and 261 injured, registering an increase of 82 percent in overall casualties (deaths+ injuries).

Significantly, the year 2020 recorded the maximum of 390 female fatalities in a year in insurgency-linked violence since UNAMA began systematic documentation of such data in 2010. UNAMA’s 2020 Annual report noted,

Women continued to be gravely harmed by the armed conflict in a multitude of ways in 2020, including through death, injury, and sexual violence. Women also bore the brunt of the broader effects of the armed conflict which negatively impacted their enjoyment of a wide range of human rights, including freedom of movement and access to education, healthcare, and justice, and the right not to be discriminated against on the basis of sex or gender.

UNAMA’s Afghanistan 2021 Midyear Update on Protection of Civilians in Armed Conflict noted that the reasons behind violence against women included:

Interestingly, since they took over power on August 15, 2021, the Taliban have sought to portray themselves as more tolerant than their global reputation suggests. In their first press conference held on August 17, 2021, the Taliban categorically declared, “we will honor women’s rights but within the norms of Islamic law.”

On the contrary, and as expected, incidents of brutality and repression continue to be reported. Such incidents of brutality and abuse, apart from the killings already mentioned, included the September 8 incident, when many women came out into the streets of Kabul demanding equal rights and participation of female members in government, they were lashed with whips and beaten with batons that emit electric shocks, by Taliban fighters. Earlier, on September 7, the Taliban locked tens of women in the basement of Azizi Bank to prevent them from joining protesters in Kabul streets.

Further, Taliban forces have been mounting surveillance of women working in various fields and targeting them in various ways. As reported on October 21, 2021, Taliban officials have recovered the personal information of more than 200 female judges, who still remain in Afghanistan, from court records. Susan Glazebrook, President of the judges’ association and a justice of the Supreme Court of New Zealand observed,

The women judges of Afghanistan are under threat for applying the law… They are under threat because they have made rulings in favor of women according to the law in family violence, custody, and divorce cases…

Women journalists and media personnel are also in grave danger from the Taliban. 48 hours after the Taliban took control of Kabul, women reporters with privately-owned TV channels such as Tolo News, Ariana News, Kabul News, etc., had dared to resume talking on the air and going out to cover events. But media executives quickly found that they were being threatened and intimidated. In one such incident, on August 25, 2021, Nahid Bashardost, a reporter for the independent news agency Pajhwok, was beaten by the Taliban while reporting near Kabul Airport. Also, as reported on August 19, Taliban forces barred two female journalists Khadija Amin and Shabnam Dawran, both with the public broadcaster Radio Television Afghanistan (RTA), from working at the station’s offices. Many female journalists are fleeing Afghanistan due to fear of repression. A September 20 report indicated that just 39 women journalists were still formally working in privately-owned radio and TV stations. That’s a precipitous drop from the 700 women.

On August 25, 2021, Taliban spokesperson, Zabihullah Mujahid, announced that women should not go to work for their own safety. He argued that the measure was necessary because the Taliban’s soldiers “keep changing and are not trained.”

Reports on October 20, 2021, indicated that the coach of the Afghan junior women’s national volleyball team, on conditions of anonymity, stated that, since their takeover, the Taliban had tried to identify and hunt down women athletes. The militants have been even more keenly on the lookout for members of the Afghan women’s volleyball team, who competed in foreign and domestic competitions, and appeared in media programs in the past.

On September 17, 2021, the Taliban replaced the Ministry of Women’s Affairs with the Ministry for Promotion of Virtue and Prevention of Vice, which was disbanded in 2001. For Afghan women, this change in Ministry is an official reminder that the Taliban have not changed, and intend to bring back the oppressive and discriminatory order of their first regime.

A woman can’t be a minister, it is like you put something on her neck that she can’t carry. It is not necessary for a woman to be in the cabinet, they should give birth & women protesters can’t represent all women in Afghanistan.

The Taliban formed an all-male interim government on September 7, 2021, as Taliban spokesman Zabihullah Mujahid, now acting Culture and Information Minister, announced the formation of a 33-member Interim Cabinet. Later, on September 21, 2021, another 17 new members were added to the Cabinet. No woman was included.

Taliban’s preceding rule from 1996 to 2001 caused severe havoc in the lives of Afghan women and girls. The regime was notorious for violence against common Afghan women, with frequent incidents of lashing, whipping, public executions, stoning, acid attacks, and sexual violence. The situation improved dramatically, once the Taliban was ousted from power in 2001, but began to deteriorate as the Taliban started to regain lost ground.

With the Taliban back in power since August 15, 2021, the scenario looks like a rewind to the past, with the likelihood that violence and brutality against women will increasingly be considered ‘normal’. At present, frightful incidents are being occasionally reported as isolated cases. The everyday strain in the lives of Afghan women is largely unseen, and can only multiply.