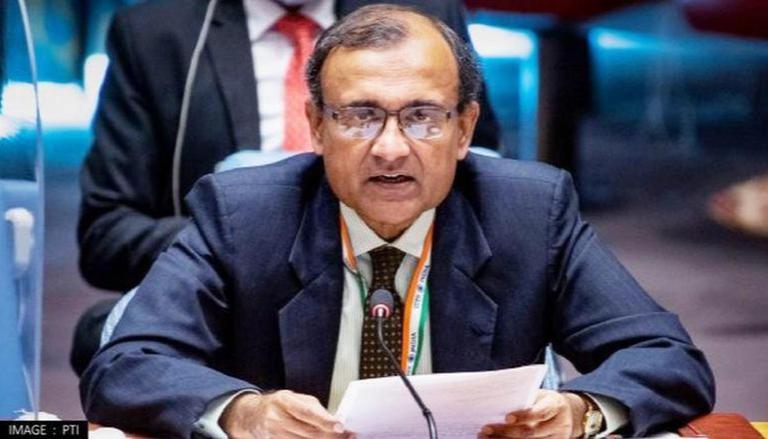 India on Monday warned that links between the Taliban, al-Qaeda and UN-designated groups such as Lashkar-e-Taiba (LeT) and Jaish-e-Mohammed (JeM) have heightened concerns that Afghanistan may become a safe haven for terrorist organisations.

In his opening remarks, Tirumurti said the latter half of 2021 saw consequential change in Afghanistan after the Taliban takeover of Kabul, the collapse of the government and a humanitarian crisis. A recent report to the UN Security Council noted the ties “between the Taliban, largely through the Haqqani Network, and the Al-Qaida and foreign terrorist fighters remain close and are based on ideological alignment and relationships”, he pointed out.

“The linkages between the Taliban, Al-Qaida, and terrorist entities proscribed by the Security Council, such as Lashkar e-Tayyiba and Jaish-e-Mohammed, are a further source of concern. And therefore, serious concern remains that Afghanistan may become a safe haven for Al-Qaida and a number of terrorist groups in the region,” Tirumurti said.

The Taliban’s rise to power in Afghanistan also poses a “complex security threat outside the region, particularly in parts of Africa, where terrorist groups may try to emulate the Taliban’s example”, he further warned.

Tirumurti noted that South and Southeast Asia have witnessed a string of deadly terror attacks since mid-2018, including a suicide attack by JeM at Pulwama on February 14, 2019, that killed 40 Indian security personnel, the series of attacks in Sri Lanka during Easter in April 2019, numerous attacks by Jamaah Ansharut Daulah (JAD) on churches in Indonesia, the attack by Abu Sayyaf Group on a Catholic cathedral in the Philippines in January 2019, and attacks by Islamic State-Khorasan on a Sikh shrine in Kabul in March 2020 and on Kabul airport in August 2021.

The Counter-Terrorism Committee’s meeting was held on the third anniversary of the Pulwama attack, which brought India and Pakistan close to war.

The committee, which comprises the 15 Security Council members, was established in the wake of the 9/11 terror attacks in the US. The committee works to counter terror activities around the world, including steps to criminalise the financing of terrorism, freezing funds related to persons involved in acts of terrorism and preventing the provision of safe haven or support for terrorists.

Tirumurti said the terrorist threat to countries in South and Southeast Asia remains high and Islamic State, al-Qaeda and other UN-designated terror groups have continued to target civilians and the military. Since their defeat in the Middle East, Islamic State and al-Qaeda have been seeking to establish a foothold in South and Southeast Asia, he added.“We are also aware that the misuse of information and communications technologies – including new technologies such as artificial intelligence, robotics, ‘deep fakes’ and blockchain – for terrorist purposes is on the increase. Use of drones for cross-border trafficking of arms, drugs and launching terror attacks has also remained an issue of serious concern,” he said.