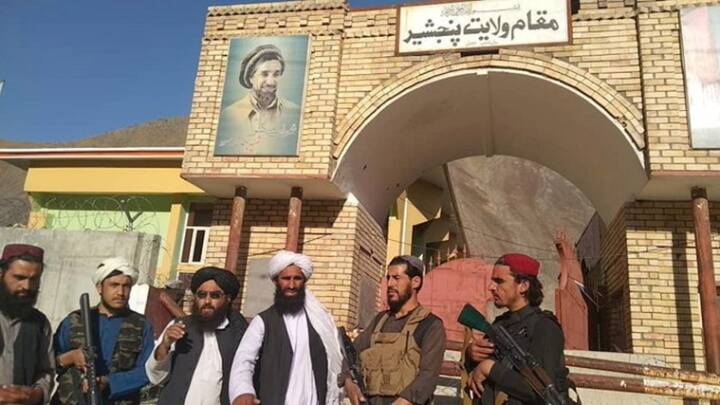 Weeks after Taliban claimed victory in Panjshir, the valley lies empty as families left one by one, says an AFP report. The province was one of the last to fall into the hands of Taliban after a spirited fight with resistance forces.

Several world leaders have announced they would see whether the Taliban fulfils its promises to the international community on issues like an inclusive Afghan government and human rights before giving their regime diplomatic recognition. Afghanistan was already facing chronic poverty and drought but the situation has deteriorated since the Taliban seized power last month with the disruption of aid, the departure of tens of thousands of people including government and aid workers, and the collapse of much economic activity.

The UN Security Council extended for six months the mandate of the United Nations Assistance Mission in Afghanistan (UNAMA), unanimously voting on a resolution that emphasises the importance of the establishment of an inclusive and representative government.

The 15-nation Council voted on the draft resolution that extended the mandate of UNAMA until March 17, 2022.

Afghan schools will open for boys from Saturday, the new Taliban ministry of education said in a statement that gave no indication of when girls might be able to go back to their classes.

More than a month after the movement seized the capital Kabul, most educational institutions have remained closed as the Taliban have struggled to reopen the economy and restore normal life in the cities.

At some of the schools that have managed to operate, girls up to the sixth grade have attended, and women students have gone to university classes. But high schools for girls have been closed.

Taliban officials have said they will not replicate the fundamentalist policies of the previous Taliban government, which banned girls’ education, and they have promised that girls will be able to study so long as they do so in segregated classrooms, according to a Reuters report.

China’s President Xi Jinping said on Friday that member nations of the Shanghai Cooperation Organization (SCO) should help drive a smooth transition in Afghanistan, according to Chinese state media.

Germany’s president has bestowed one of the country’s highest awards to the commander who led the evacuation of Germans and some Afghans from Kabul, The Associated Press reported.

The German military evacuated more than 5,300 citizens of 45 countries from the Afghan capital, part of a wider international effort to airlift 120,000 people after the Taliban takeover last month.

Steinmeier noted that Arlt had managed to bring home all of his 500 troops unharmed, despite the risks they faced on the ground. He added that “we bear some of the responsibility for human tragedy” in Afghanistan.

Weeks after Taliban claimed victory in Panjshir, the valley lies empty as families left one by one. Old men, livestock and Taliban fighters are all that remains now.

“Before, almost 100 families lived here,” said a resident of Khenj district, according to AFP. “There are only three left now. Everyone has left.” Villages across the province tell the same story, says the report, adding that the AFP team visited three of the hardest-hit of the province’s seven districts.

The Taliban and fighters of resistance front were engaged in a fierce battle in the Panjshir province, which was one of the last provinces to fall into Taliban hands.

An ad hoc summit of the Group of 20 major economies to discuss Afghanistan will be held after the United Nations Assembly which ends on Sept. 30, Italy’s Foreign Minister Luigi Di Maio said in an interview published on Friday.

“Yes, the G20 will be held after the Assembly General of the United Nations in New York, where I will be next week. On the margin of the UN Assembly there will be a meeting of the G20 Foreign ministers to prepare the extraordinary summit,” Di Maio told daily la Repubblica. Di Maio said that Italy, which holds the rotating G20 presidency this year, has asked for agencies of the United Nations and non-profit organisations active in Afghanistan to be involved in the meeting.

IMF suspends its engagement with Afghanistan

The International Monetary Fund has said its engagement with Afghanistan will remain suspended until there is clarity within the international community on the recognition of the government led by the Taliban.