Afghanistan under Taliban in danger of slipping into black hole 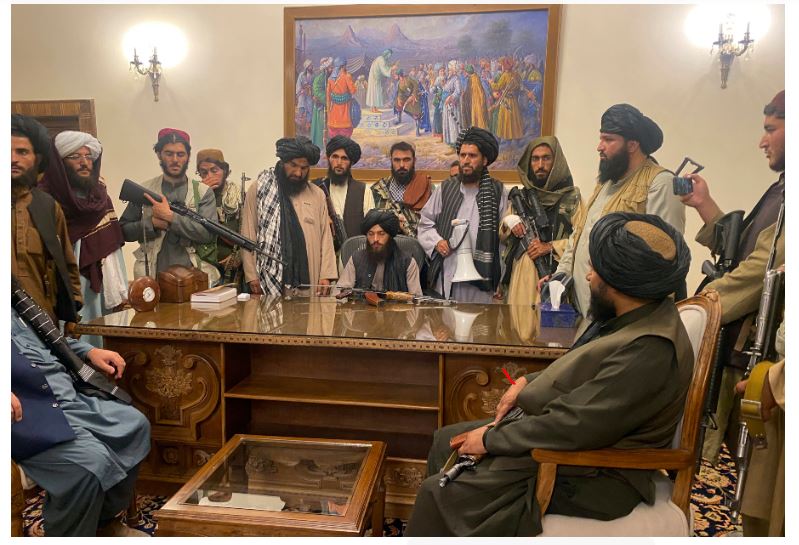 Three months since the Taliban dramatically seized power in Kabul, the world appears to have taken the putsch in its stride and moved on. News about Afghanistan has receded into the inside pages of leading newspapers and out of sight of TV networks and in online media.

While the rest of the world can afford to carry on with other businesses like COP26, Afghanistan continues to be in turmoil, by all accounts. The Taliban itself, despite its assertive re-entry to power, has been unable to establish a credible alternative so far. Forget about the rest of the world, it has been unable to obtain formal recognition from even its purported friends, Pakistan and China.

If the widespread impression was that the Taliban was a radical Islamic group, (which it is) it is being challenged by an even more extreme group, the Islamic State of Khorasan (ISK). Sporadic attacks, claimed by the ISK, have claimed lives and kept the ruling dispensation on the tenterhooks.

Within the Taliban itself, there appears to be a tussle between hardliners (aligned to Pakistan) like Sirajuddin Haqqani and moderates like Mullah Abdul Ghani Baradar, who don’t have a problem having a relationship with India and Russia. The differences within the ruling government have prevented the Taliban from coming out with a clear vision on its way ahead of other than reiterating that its interpretation of the Islamic Sharia will be the basis for the rule of law, social behavior, and governance in the country.

In the immediate aftermath of the August 15 coup d’état by the Taliban, a fledgling opposition termed the National Resistance Front (NRF) challenged the country’s swift slide into religious authoritarianism. The NRF, a near-spontaneous opposition, comprised the liberal sections in Afghan’s major cities including large numbers of women who feared they would lose their freedoms enjoyed under the US-backed Ashraf Ghani government. But even that has receded in the last 90 days.

According to reports, the only sections that are relieved with the Taliban in power are people in rural areas, which have finally seen the end of fighting after two decades. Many farmers have been quoted by the media as saying they can finally get back to work without the fear of being killed in the crossfire.

Willy-nilly, the return of the Taliban has opened up geopolitical fault lines. And India appears to be on the wrong side of the line. The immediate axis is that between Pakistan, Afghanistan, and China on the one hand and that between India and the United States with the former Soviet provinces like Uzbekistan, Tajikistan, and Turkmenistan, opting to be with New Delhi.

Russia, interestingly, seems to be playing the balancing role with a foot on either side of the geo-divide.  That offers a sliver of hope for New Delhi as only Moscow has the wherewithal to salvage its interests in Afghanistan. So far, recognition or not, Islamabad and Beijing are full steam ahead in negotiating various projects with the Kabul regime including the extension of the China-Pakistan Economic Corridor (CPEC) into Afghanistan.

Beyond making the appropriate polite noises in response to India’s recent meeting in New Delhi with seven other regional players including Russia and Iran, the Taliban has not come forward with concrete proposals to take the relationship forward. At this moment, it is difficult to imagine how India can possibly convince the Taliban government to at least have a civil relationship compared to the hostility that existed between the two during its first stint in office in the 1990s.

Though a section of the Taliban, led by its Doha mediation group, has expressed itself in favor of having such a relationship with India, New Delhi’s regional rivals Pakistan and China may prevent Kabul from making any such overtures.

What could make a Kabul-New Delhi tie-up difficult is also the fact that India views the Taliban with suspicion especially on the Kashmir front. Chief of Army Staff M M Naravane was recently quoted as saying that when the Taliban was previously in power, “there were foreign terrorists of Afghan origin in Jammu and Kashmir”. So, “there are reasons to believe that the same thing might happen once again.”

The key question however is over the stability of the regime. The Taliban has not been as welcome within parts of Afghanistan as it was in the mid-1990s. At the time people saw the Islamic group as a savior which restored order at a time of political vacuum and the accompanying anarchy after the withdrawal of the Soviet Union from the country. But in its second coming, the Taliban has met with sporadic resistance and outrage across urban pockets in Afghanistan.

It is clear from the events of the last three months that Pakistan is not going to leave the Taliban alone. The fact that Sirajuddin Haqqani is within the core group of the ruling think tank as the interior minister in the government makes Islamabad’s influence unequivocal and public. The Haqqani network has always been a direct extrusion of the Pakistani deep state and is widely considered an extension of Islamabad.

The involvement of the Haqqanis in itself is unsettling for moderates within the Taliban who would like to forge relationships with as many nations as possible including India. While the intention may be honourable, a forceful attempt to ignore the Haqqanis could cause infighting and destabilise the regime.

It has not been easy for the Taliban leadership to take a call as the pulls and pressures are in contradictory directions. In the middle of it, all Afghanistan has descended into an UN-designated humanitarian crisis with thousands reportedly suffering from shortages of food and essential commodities.  Media reports quoting a UN official, Abdallah Al Dardari,  say some 23 million Afghans are in desperate need of food, the $20 billion economies could shrink to $4 billion while 97 percent of the population is in danger of sinking into poverty.

Unmindful of the crisis, the Taliban regime has already started enforcing its strict version of Sharia, which means women are largely out of work, prevented from entering school and college classrooms, and minorities like the Hazaras fearing a crackdown. On top of it, the authorities have imposed widespread restrictions on the media.

Ironically, the rest of the world has taken its eye off Afghanistan just at a time when it is in danger of slipping into an information black hole with only sporadic and sketchy reports of what is happening within the country.