Afghanistan: Women Launch Protest For Equal Space In All Sectors Including Politics 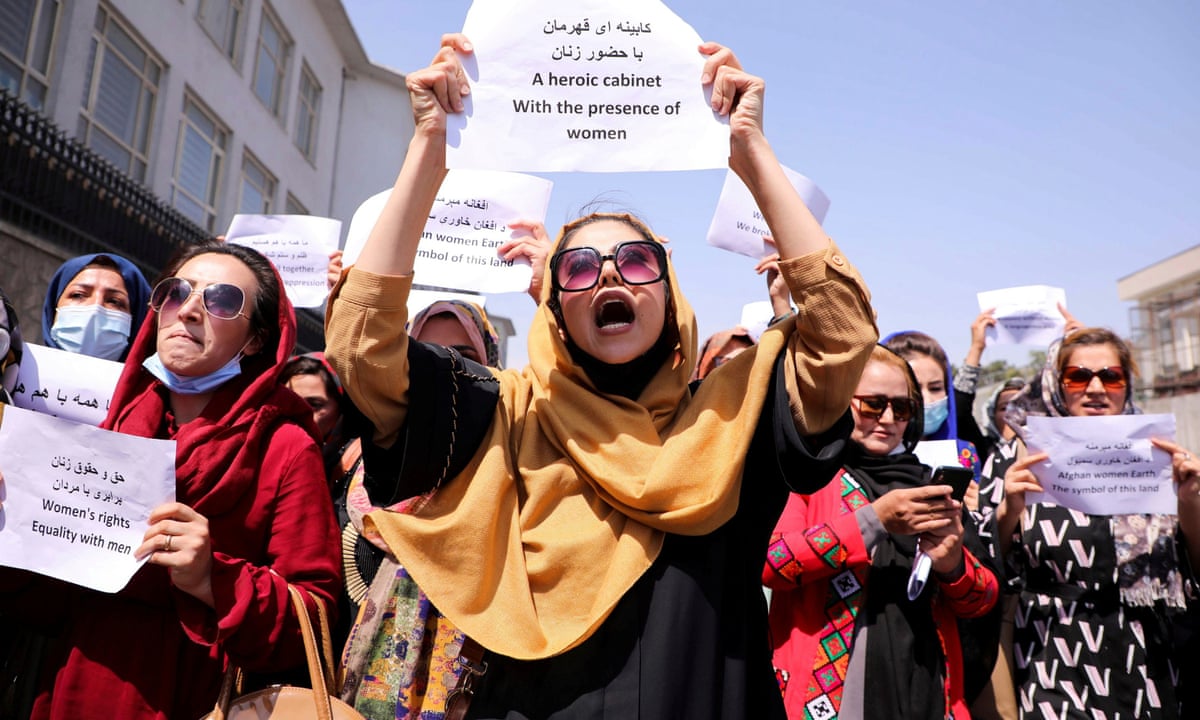 In order to pressurise the Taliban to allow space for women in the Ministry of Women’s Affairs, hundreds of female protestors took to the streets in Afghan national capital, Kabul, on Monday. According to a report by Tolo News, the women who took part in the protest raised slogans against the oppressive rule and demanded active participation of women in every field, including politics.

In a list of demands, the protestors said that they require education to fight with the extremist organisation. Also, they demanded the reopening of the Women’s Ministry, facilitating education for girls, and securing jobs for women in senior government positions.

“We ask the world humanitarian organizations…The number of those who left the country and say to freeze the assets are not even one million. We are aware that they are saying such things. Is it important to kill 34 million (people) for the sake of one million?” asked Tajor Kakar, a women’s rights defender.

After taking over the leadership of the country, the Taliban made tall claims suggesting that they have changed completely as compared to the earlier regime. The extremist group promised to allow education and jobs for women.

Instead of fulfilling their promises, the Taliban barred women from educational institutions and working. Ever since the horrifying takeover in August last year, women across the country have taken to the streets to protest against the closure of schools and colleges. Despite all this, the Taliban regime has not taken any concrete steps to restore fundamental rights.