After BrahMos To Philippines, India To Showcase Tejas To Malaysia 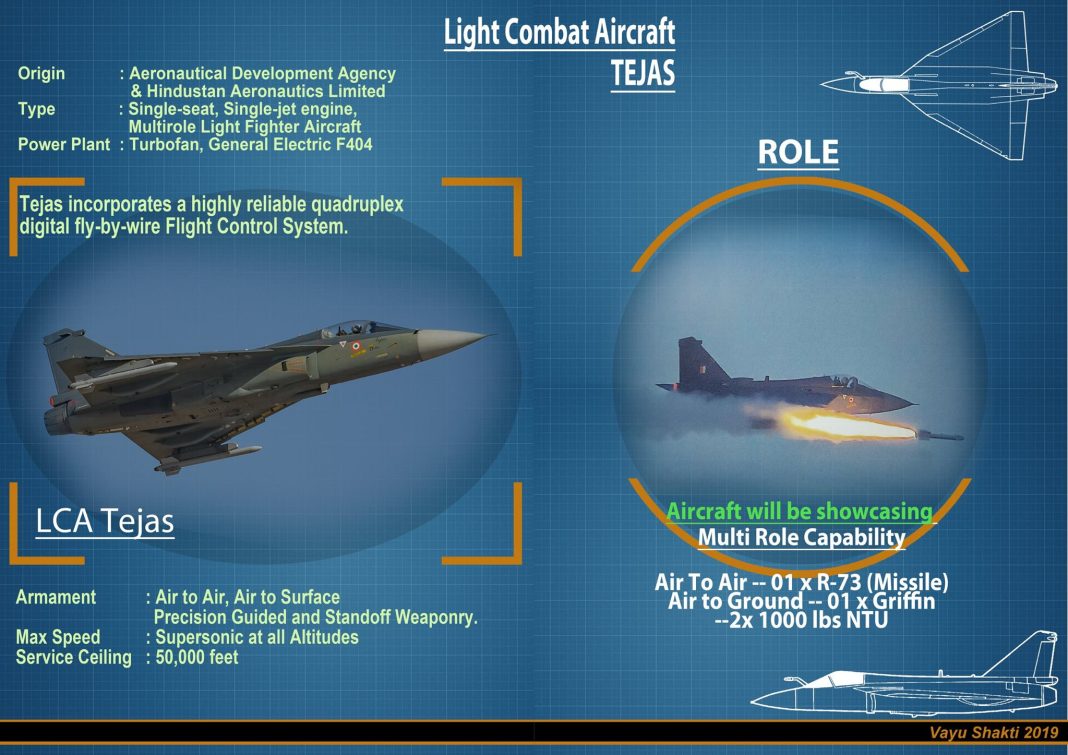 India’s indigenously developed Light Combat Aircraft (LCA) Tejas showcased its “superior flying skills” at the Dubai Air Show 2021 in November last year. And exactly after three months since then, it is gearing up to take to the skies for another international event.

The Indian Air Force’s Light Combat Aircraft (LCA) Tejas will be showcasing its flying skills at the Singapore Airshow 2022 being held from February 15 to 18 at the Changi Exhibition Centre.

A word about the event. According to Experia, the organiser of Airshow, this year’s Singapore Airshow will have eight flying displays and flypasts from four air forces and two commercial companies.

These include a debut appearance by the Indian Air Force’s light combat aircraft or Tejas, Experia said. The single jet performance will feature “impressive stunts and manoeuvres”- said the organiser. Nearly 600 companies will also participate in the event.

The Republic of Singapore Air Force (RSAF) will present two performances this year, featuring a pair of AH-64D Apache attack helicopters and solo aerobatics by an F-16C fighter jet.

The United States Marine Corps’ F-35B Lightning II – the stealth fighter will make another appearance. The US Air Force’s B-52 Stratofortress will participate in a fly-by.

Indonesia’s Jupiter Aerobatic Team returns after previously featuring in the 2018 edition of the airshow, and will present their six-plane formations and precision flying.

Amongst the commercial planes, demo flyovers by Airbus’ A350-1000 and Boeing’s wide-bodied B777-9 are expected there.

Now a word on Tejas, manufactured by aerospace giant Hindustan Aeronautics Limited. It is a single engine and highly agile multi-role supersonic fighter aircraft capable of operating in high-threat air environments. The LCA Tejas is a fly-by-wire (FBW) fighter with the ability to refuel in the air. Almost similar to a stealth fighter, it also has a glass cockpit with advanced digital cockpit, multi-mode radar, integrated digital avionics system and advanced composite material structures.and a satellite-assisted inertial navigation system, making it a fourth-generation fighter.

It has the capability to transport air-to-ground bombs and attack systems that can be used to strike targets on land or at sea. It’s a supersonic combat jet with a 50,000-foot service ceiling. Its wingspan is 8.20 meters, its length is 13.20 meters, and its height is 4.40 meters.

The aircraft is a potent platform for air combat and offensive air support missions while reconnaissance and anti-ship operations are its secondary roles.

While LCA Tejas has already proved its mettle and flying skills in Dubai last year, the Singapore airshow becomes significant as neighboring Malaysia would be expected to keenly watch the aircraft.

It is understood that the manufacturer HAL is competing to sell the Tejas to the Royal Malaysian Air Force (RMAF), as the RMAF is looking for a perfect replacement for its BAE Systems Hawk 108 and Hawk 208.

Thus, it is an opportune moment for HAL, as the fly-past of LCA Tejas could bolster the aircraft’s export potential in Southeast Asia. Even at the Dubai Airshow, Tejas’ aerobatic display was specifically aimed at the Malaysian audience. Tejas is in the last stages of development, but yet another of it’s USP is that it is already serving with the Indian Air Force.

Price of Tejas also perfectly matches with the RMAF expectations. What make the deal more realistic is that according to the HAL Annual report for 2020-21, HAL has signed MoU with Metals and Minerals Trading Corporation of India (MMTC), as channelizing partner for import of palm oil, for likely countertrade for sale of LCA Tejas to Royal Malaysian Air Force.

Royal Malaysian Air Force is looking for initial 18 aircraft plus 8 aircraft set to be purchased from 2025 onwards.
Malaysia has some budgetary and Forex issues and thus has expressed interest in a barter payment system by trading in Palm oil for 18 fighter jets it wants to purchase.
India is the world’s largest importer of palm oil, buying more than 9 million tonnes annually, mainly from Indonesia and Malaysia.