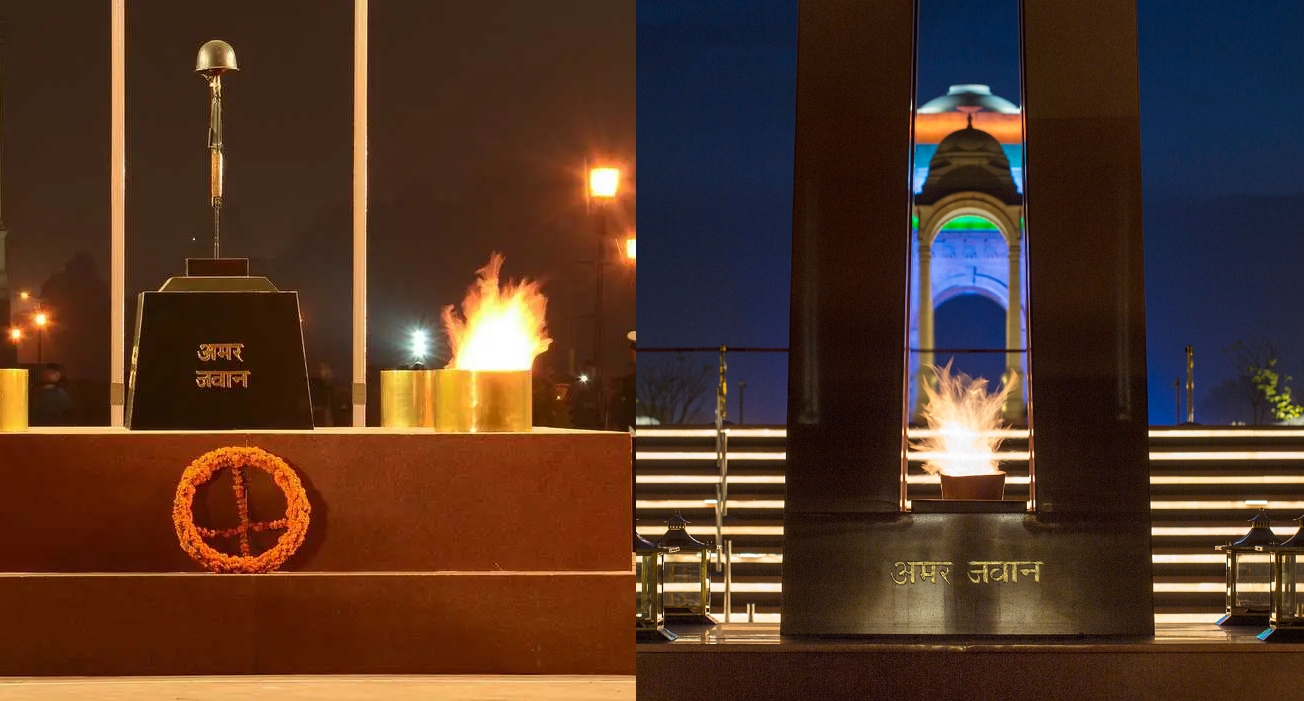 The Amar JAwan Jyoti at the India Gate was merged with the eternal flame at the National War Memorial in the national capital on Friday. Chief of Integrated Defence Staff Air Marshal B R Krishna presided over the ceremony.

In a half-an-hour-long ceremony, a part of the Amar Jawan Jyoti flame was taken and merged with the flame at the National War Memorial, which is 400 metres away on the other side of India Gate.

The Amar Jawan Jyoti was constructed as a memorial for Indian soldiers who were killed in action in the 1971 Indo-Pak war, which India won, leading to the creation of Bangladesh. It was inaugurated by the then prime minister, Indira Gandhi, on January 26, 1972.

Meanwhile, PM Narendra Modi had on February 25, 2019, inaugurated the National War Memorial, where names of 25,942 soldiers have been inscribed in golden letters on granite tablets.