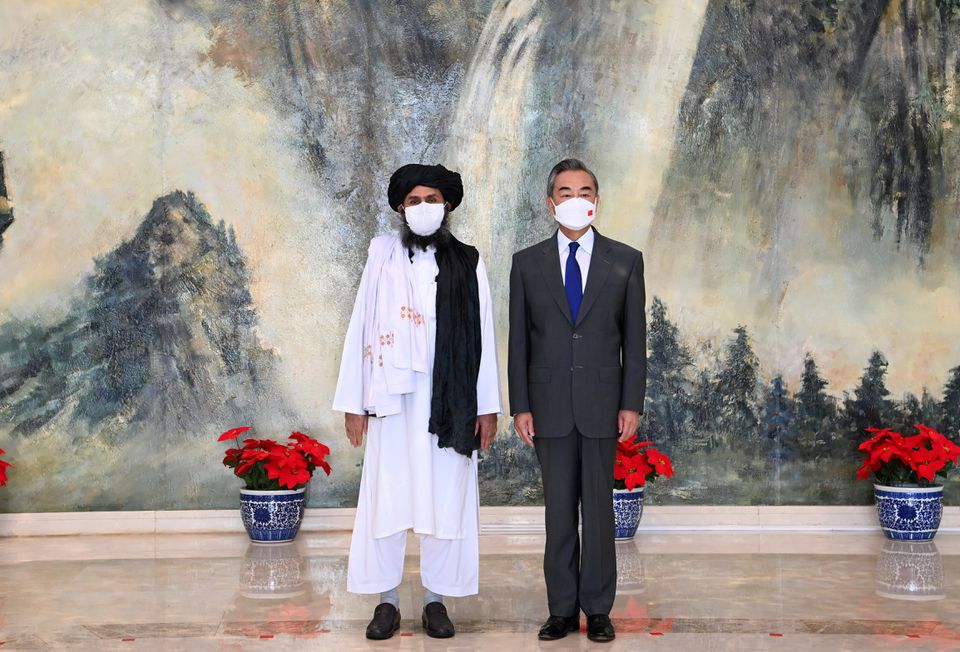 Since then, China’s propaganda machinery has quietly begun preparing its people to accept an increasingly likely scenario that Beijing might have to recognize the Taliban, the hard-line Islamist movement that is rapidly gaining territory in Afghanistan, as a legitimate regime.

“Even if they can’t control the whole country, they would still be a significant force to reckon with”, an influential social media commentator known to be familiar with China’s foreign policy thinking wrote on Thursday. The commentator, who goes by the pen name Niutanqin, or “Zither-Playing Cow”, made the remarks on his WeChat channel.

On Friday, the Global Times, a major state-backed tabloid, published an interview with the leader of an Afghan opposition party who said “the transitional government must include the Taliban”.

The Taliban’s momentum as U.S. forces withdraw is awkward for China, which has blamed religious extremism as a destabilizing force in its western Xinjiang region and has long worried that Taliban-controlled territory would be used to harbour separatist forces.

But China also hews to a policy of non-interference in the internal affairs of other countries.

It has also drastically tightened security in Xinjiang, hardening its borders and putting what UN experts and rights groups estimate were at least a million ethnic Uyghurs and other Muslims in detention centres that China describes as vocational training facilities to help stamp out Islamist extremism and separatism.

Last month’s meeting in the northern Chinese city of Tianjin followed a similar visit by a Taliban delegation in 2019, but comes as the group is much more powerful, with Wang saying he hoped Afghanistan can have a “moderate Islamist policy”.

“Isn’t this the same Taliban that blew up the Buddhas of Bamiyan in front of world media? Shouldn’t we have a bottom line?” a Chinese netizen commented on the Twitter-like Weibo below a news clip showing Wang standing next to a Taliban official.

In dealing with the Taliban, an increasingly powerful China may be able to leverage the fact that, unlike Russia or the United States, it has never fought them.

When the Taliban were last in power between 1996-2001, China had already suspended relations with Afghanistan, having pulled out its diplomats in 1993 following the outbreak of civil war.

“This is us being pragmatic. How you want to rule your country is largely your own business, just don’t let that affect China,” said Lin Minwang, a South Asia expert with Shanghai’s Fudan University.

“When a major Asian power like China shows it recognizes Taliban’s political legitimacy by meeting them so openly, it is giving the Taliban a big diplomatic win,” Lin said.

State media published at least two analytical stories this week highlighting that Afghanistan had been the “graveyard of empires” and cautioning China not to be mired in the “Great Game”, reinforcing a message that China harbours neither the intentions of sending troops into Afghanistan nor the illusion that it can fill the power vacuum left by the United States.

After their meeting with Wang, the Taliban said they hope China can play a bigger economic role.

“This shows that China might have dangled promises of economic aid and investment to a post-war Afghanistan as a carrot to encourage both sides to stop fighting and reach a political settlement,” said Zhang Li, a professor of South Asian studies at Sichuan University.

The risks to China of regional instability were highlighted last month when 13 people, including nine Chinese workers, were killed in Pakistan in a suicide bombing on a bus. China is building massive infrastructure projects in Pakistan under its Belt & Road initiative.

“China’s number one priority is for the fighting to stop, as chaos breeds religious extremism and terrorism,” Zhang said.