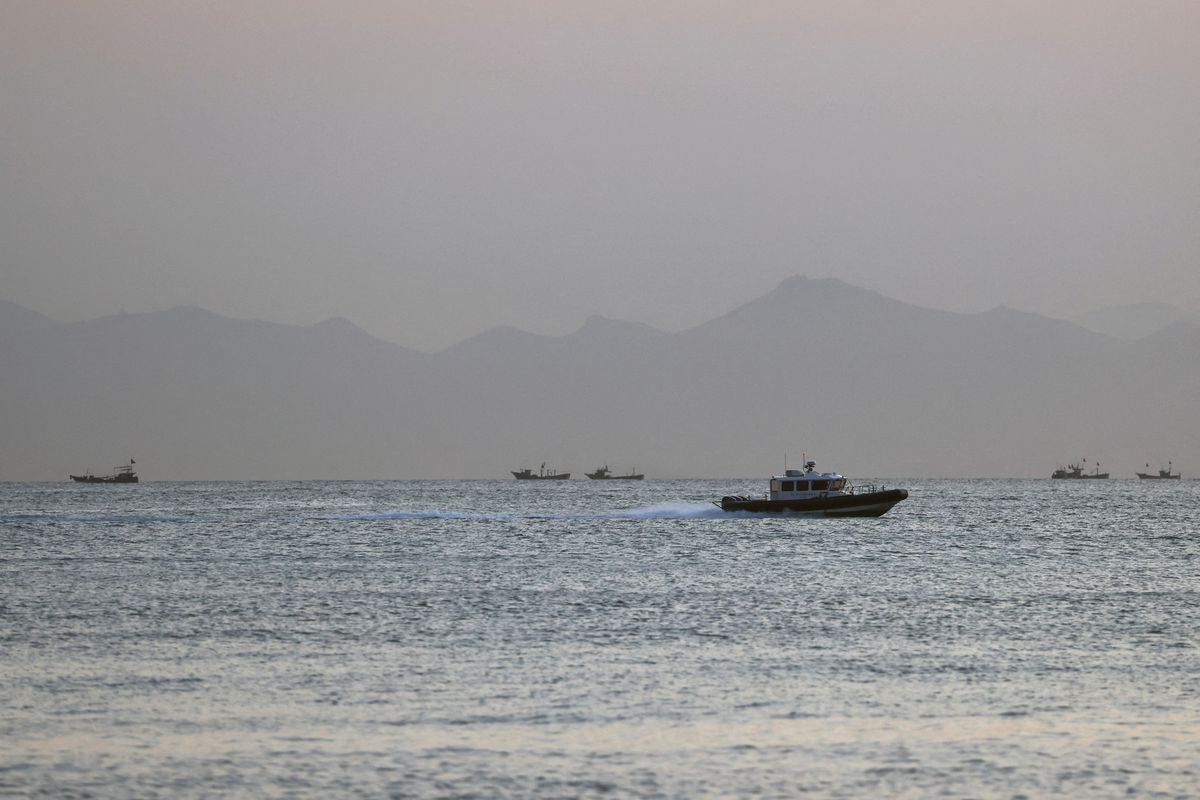 For nearly 70 years an imagined line running down the Taiwan Strait between Taiwan and China has helped keep the peace but the so-called median line is looking increasingly meaningless as China’s modernised navy asserts its strength.

China has never officially recognised the line that a U.S. general devised in 1954 at the height of Cold War hostility between Communist China and U.S.-backed Taiwan although the People’s Liberation Army largely respected it.

Now Taiwan is bracing for warships from China’s much larger navy routinely pushing over the line as part of the steps an angry Beijing has taken to protest against a visit to Taipei three weeks ago by U.S. House Speaker Nancy Pelosi.

“They want to increase pressure on us with the end goal of us giving up the median line,” said one Taiwanese official familiar with security planning in the region.

“They want to make that a fact,” said the official, who declined to be identified given the sensitivity of the issue.

Some Taiwanese officials say it would be “impossible” for the island to abandon the concept of a buffer that the line represents.

Foreign Minister Joseph Wu told a news conference this month a change in the status quo could not be tolerated.

“We need to join our hands with likeminded partners to make sure that the median line is still there, to safeguard peace and stability across the Taiwan Strait,” Wu said.

Other officials and security analysts warn that it would be difficult for the island to defend the line without raising the risk of dangerous escalation.

Taiwan would have to react militarily if Chinese forces entered its 12 nautical miles of territorial waters, the Taiwan official said, but apart from that, there was no immediate plan to give the military or coastguard more authority to respond.

President Tsai Ing-wen has repeatedly said Taiwan will neither provoke nor escalate conflict.

It is questionable whether international support for Taiwan is sufficient to deter China from patrolling into Taiwan’s side of one of the world’s busiest shipping lanes, or if Taiwan’s friends would help it maintain the line.

Ships of the U.S. and other Western navies sail through the strait to highlight what they maintain is its international status, not to strictly enforce the imaginary line that has no legal standing.

Ultimately, a redundant median line would also usher in further challenge to the long-standing U.S. dominance of China’s near seas – the so-called first island chain – and help China to project its power into the Pacific.

The median line has no features marking it. For years, China tacitly acknowledged it but in 2020 a foreign ministry spokesman stated it “did not exist”. That was echoed by its defence ministry and Taiwan Affairs Council.

In recent days, the two sides’ frigates and destroyers have played cat-and-mouse, with Chinese ships attempting to manoeuvre around Taiwanese patrols to cross the line.

Chinese fighter jets have also crossed the line this month, albeit only going a short way over, something China’s air force has only done rarely in the past.

China’s defence ministry did not respond to requests for comment.

Chieh Chung, a security analyst from the National Policy Foundation think tank in Taipei, said the “overthrowing” of the median line consensus had increased the risk of accidental conflict.

Chieh said the codes of engagement for Taiwan’s coastguard and military should be reviewed to give them more authority and legal protection in reacting to increasingly complex challenges from Chinese forces.

Within weeks, U.S. warships are expected to sail through the Taiwan Strait, underscoring what they see as its status as an international waterway, to the inevitable annoyance of China, which claims sovereignty and other rights over the strait.

But the U.S. ships are not expected to challenge Chinese vessels on either side of the median line.

Three U.S. officials, speaking on the condition of anonymity, said that Chinese crossings of the median line had little tactical importance.

“It’s an imaginary line that’s symbolic and it’s about poking Taiwan in the eye a bit,” one of the officials told Reuters.

The United States saw little need to uphold the status of the line or push back against China’s moves across it, they said.

Christopher Twomey, a scholar at the U.S. Naval Postgraduate School in California, said he believed the U.S. Navy viewed the line as a “political artefact” rather than a legal one.

Speaking in a private capacity, Twomey said the dangers should not be overstated and the recognition and use of the strait as an international waterway would continue. He described Chinese activities as “political statements”.

“Mere Chinese presence on either side of arbitrary lines within that area is not likely to lead to any operational response,” Twomey said.