Anatomy of the Shia Genocide in Pakistan 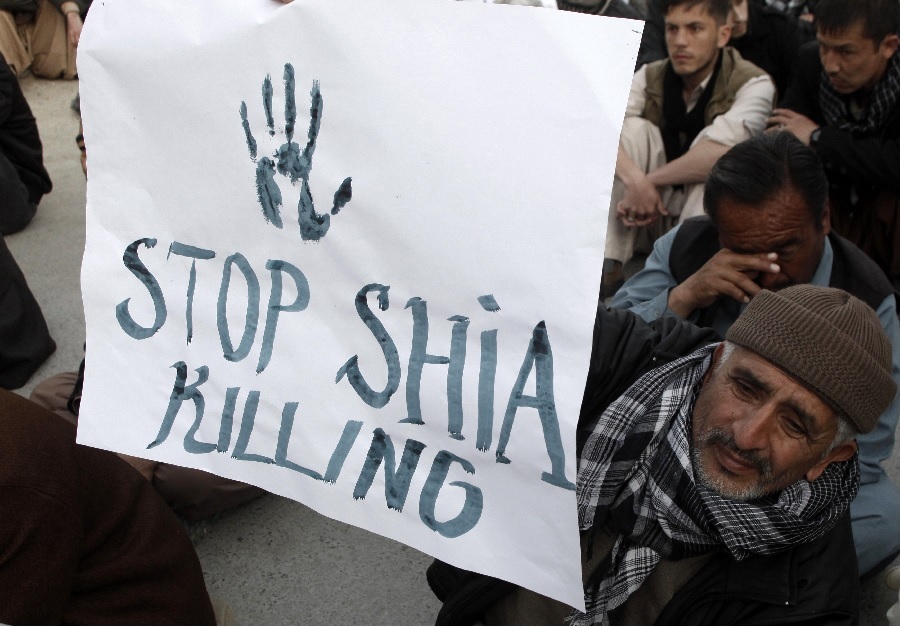 “It must have been early morning when about two dozen masked men, in army uniforms, stopped their convoy of buses. All passengers were asked to get down. In an organised manner they separated the Shias from among the rest and having ascertained their identity (through their names and the area they belonged to), shot them dead,” said Hussain (real named withheld on request), who belongs to a village in the Astore district of Gilgit-Baltistan (G-B).

Twenty-four people (21 Shias and three Sunnis) in aboard three buses, who had embarked on fateful that August 15 morning, from Rawalpindi, never reached their destination in G-B (a Shia-majority region), after their buses were intercepted near Lulusar area in Khyber Pakhtunkhwa (KP) province on Aug 16, where they were mercilessly massacred.

Among them, 12 were from Astore and six were Hussain’s close relatives from the same village.

Two family members, somehow, survived to tell the sordid episode. “They saw their cousins die in front of them,” he said.

During the massacre, said Hussain, the masked men asked the passengers to loudly chant “Allah-o-Akbar” (God is Great) and “kafir, kafir, Shia kafir (infidels, infidels, Shia infidels)”. He belongs to the Shia sect although 90 per cent of the villagers were Sunnis.

A shaky and grainy video doing the rounds on the internet shows the incident exactly as Hussain described.

Muhammad Afridi, of the Tehrik-i-Taliban Pakistan, associated earlier with the anti-Shia militant outfit Sipah-i-Sahaba Pakistan (SSP), stated the killings were in retaliation for ‘excesses’ committed by Shias against Sunnis in G-B. He warned that more such attacks would be carried out in other parts of the country.

After the incident hundreds remained stranded in the twin cities of Islamabad and Rawalpindi, after public and private transport for the region was suspended.

This is the third such incident since the beginning of the year. On February 28, and then again on April 3, 18 and nine Shia passengers were dragged out of the buses in a similar manner in northern district of Kohistan, and Chilas, 60 miles from Gilgit, respectively.

Pakistan has recorded at least 2,642 sectarian attacks, killing 3,963 people since 1989, according to the South Asia Terrorism Portal (SATP) database.

Balochistan, said the SATP has witnessed at least 71 incidents of sectarian attacks in which 304 persons have been killed since 2009. Over 90 people have already been killed in 34 such incidents since the beginning of 2012 until August 19.

Dismissing Malik’s statement, Dr Mohammad Taqi, said it is Pakistan’s own domestic policy of using jihad as a tool which has “led to the tail wagging the dog.”

Talking to Dawn.com, Taqi, who left Pakistan for the United States in 1996 “anticipating the disaster we are facing” added that the intolerance and extremism Pakistan is in grips with is a “direct consequence of Pakistan’s neighbour-phobic national identity anchored in religious ideology”.

Hussain from Astore called the massacre nothing short of genocide against the Shias.

“If this isn’t genocide, what is?” exclaimed Hussain. “What’s worse we were advised by elders in our village, that we shouldn’t agitate as it may fuel riots,” he said.

Finding the “studious silence of the Shia massacre by the Sunni majority” disquieting, Dr Pervez Hoodbhoy, a peace activist and an academician told Dawn.com: “Describing the killings as sectarian is outrageous because a conflict assumes two warring sides. But in fact here there is just one side – the Shias – which is being massacred.”

“Pakistan was conceived in haste with just one goal in mind – Muslims must be separated from Hindus, and then somehow all Muslims will live together in bliss. Zero thought was given to what happens when religious fervour is aroused,” said Hoodbhoy retracing the partition of the sub-continent in 1947 when India and Pakistan became two separate nations.

The pre-independence writings by Wahabbi, Deobandi and Ahle-Hadees hardliners, added Rizvi, show discord between Shias and Sunnis existed even then.

Today, the country is more fragmented than ever before and Hoodbhoy blamed the rise in extremism to the “overdose of religion given to young Pakistanis”.

Citing the recent Washington DC-based Pew Research Centre’s survey which found 50 per cent of Sunnis in Pakistan believe Shias to be non-Muslims, Hoodbhoy warned this may result in “bitter religious wars”.

“For now the Shia’s are feeling the brunt, along with the Ahmadis, but tomorrow it will be one Sunni faction butchering another,” warned Hoodbhoy.

Finding the politicians, the government and even the army incapacitated, many like Hussain say: “When the state can’t protect itself, how can we expect or have the confidence in these institutions to protect us?”

“The federal government is too bogged down in its survival,” agreed Rizvi. And when the attackers get away with their crime so easily, it encourages them to repeat it while it gives others the impetus to do the same, he said.

With the breakdown of the state authority, hardline Islamic groups like Lashkar-i-Jhangvi, the Tehrik-i-Taliban Pakistan and allies like the former SSP and Jaish-e-Muhammad can pursue their narrow religious-political agenda more boldly, said Rizvi.

With foreboding he said: “These trends are expected to continue. The frequency of killings will vary from time to time but it is not expected to end in the near future.”

Meanwhile there are reports that all government and private schools in G-B have been closed down for an indefinite period after Taliban announced attacks on Shia schools in Gilgit.

“Instead of making a strong policy against terrorists, government and security authorities seem to have bowed down to the threats of the terrorists,” it was reported in the Shiite News.