Are India’s borders under renewed threat? 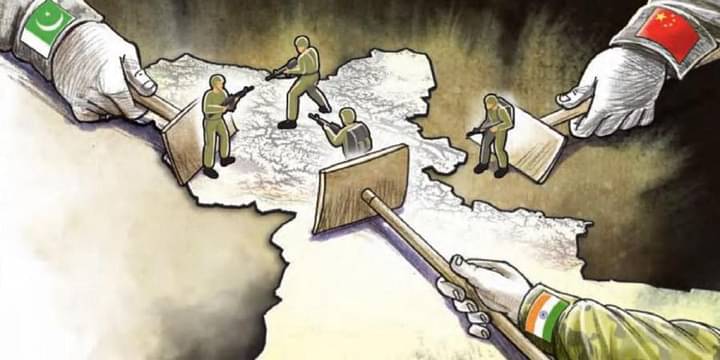 Last week the Indian public was jolted by a cascading set of events in some of India’s border regions. These are related to the borders in J&K, Ladakh, Uttarakhand and Arunachal Pradesh. A week with so much happening is unusual. Not for a long time have we seen multiple events playing out as threats on India’s northern and western borders.

The 13th Corps Commander level talks at Ladakh’s Moldo-Chushul between senior military commanders of the Indian Army and the PLA ended in an unexpected impasse. The 10th round on February 20 this year had achieved a landmark decision: both armies were to disengage in the Pangong Tso area, which included the Fingers complex and the Kailash Range heights; implementation too was completed in 72 hours. It was expected that this positive development would subsequently extend to other sub sectors where Indian patrolling up to the established patrolling points (PPs) was being denied.

The 11th and the 12th round of talks may not have achieved anything as substantial but held out much promise after the Gogra area was successfully addressed for mutual disengagement after the 12th round on July 20. The result of the 13th round has indeed been disappointing. The negative sentiment arises from the fact that this has happened in the wake of other events that cannot be ignored.

On the geopolitical side, the 180 degrees turn of the situation in Afghanistan has created uncertainty as none other in the last 30 years after the Cold War. Post-pandemic and after the US withdrawal from Afghanistan, the strategic picture has changed substantially, which has probably forced China to hold its horses on decisions regarding the Sino-Indian border. Pressure points continue to exist and India is perceived to be deeply on the US side of the fence.

Recent meetings of Prime Minister Narendra Modi in Washington continue to project India as aligning with forces inimical to China. Under these circumstances, China may not wish to be seen to be wilting at the borders, although the responsibility for de-escalation lies squarely on its shoulders. Instead of de-escalation, China has increased the coercion along the border by limited activation of two more pressure points in Uttarakhand and Arunachal Pradesh.

In Uttarakhand the PLA chose to enter the Barahoti bowl to test India’s preparedness and response. A few weeks later it crossed the LAC in Arunachal Pradesh. A face-off took place when rival patrols came face-to-face in a contested area near Yangtse, with the soldiers asking each other to retreat to their respective sides.

With the Army Chief Gen MM Naravane repeatedly emphasising the PLA build-up in the theatre and the huge strides being made in infrastructure on the other side of the LAC, it was obvious that China was into the strategy of obfuscation. In frequent talks and meetings at the politico-diplomatic level, it focused on reducing tension at the LAC and the need to remain engaged, while in the military domain, coercive activity continues with doses of moralistic advice from China’s state-controlled mouthpieces such as Global Times.

On the other hand, J&K came alive last week with a series of targeted minority killings in Kashmir and unconnected contacts between troops and the terrorists south of the Pir Panjal. A number of proactive intelligence-based operations followed in the Valley, creating the perception that 30 years after the infamous targeting of the Kashmiri Hindus there, it is almost back to the nineties as far as the security scenario is concerned.

Given the resounding but far from permanent success that Pakistan has achieved in Afghanistan with the coming of Taliban 2.0 and the attainment of perceived strategic depth, Pakistan has not lost time. It is strategising with two factors in mind. First, the need to once again gain traction in Kashmir after the severe loss that has come its way after 5 August 2019, and initiate this before the coming winter. Second is to exploit the inspirational, ideological winds flowing from the events in Afghanistan.

The strategy appears to harp on enhancing the strength of terrorists through infiltration from multiple directions in the hope of success somewhere. It also looks at targeting some shallow objectives in the vicinity of the LoC (recall the recent Uri infiltration). The strategy culminates with the flagship measure of attacking the softest target in Kashmir, the minorities.

Almost 800 Kashmiri Hindu families still reside there along with 1.5 lakh Sikhs. Pakistan realises that India’s Achilles Heel is this – it has ramifications across the length and breadth of the nation besides a prevailing perception among Pakistani sponsors that eviction of minorities from Kashmir helps to link its majority populace with a common religious ideology that alludes to an obscurantist form of Islam.

There is no doubt that China and Pakistan have succeeded in creating a degree of uncertainty about the security of some of our most important borders, but this is transitional and should be expected.

For Pakistan, war on its own is not an option; yet hybrid events in the political, social and military domains are of advantage. Robust counter-terror operations by India within and beyond the LoC balanced by the most nuanced outreach to entrust ownership of the safety of minorities to the Kashmiri Muslim majority is the key. It’s a question of how effectively the military in Kashmir, the traditional power horse of strategy and innovation, can put together such a plan and take everyone on board.

The LAC in Ladakh and elsewhere is not detached or in isolation. The adversaries are broadly in sync and the creation of uncertainty at the borders helps them achieve the obfuscation that they seek. In the emerging environment where new alignments and fresh areas of focus are being sought by multiple players, it is clearly advantageous for two well-established allies, with many common aims, to converge their efforts to keep India on the horns of a dilemma.

Our emerging commitment to the Indo-US strategic partnership provides insufficient support for our dilemma in dealing with both China and Pakistan at the land borders. That is what both adversaries wish to exploit by keeping the borders so active. Even as we look at the Indo-Pacific and the Quad for our long-term strategic need, the necessity of abiding by the Army chief’s opinion is important. He said, “If the Chinese are there to stay, we are there to stay too.” Our presence at all the borders must clearly project that intent.