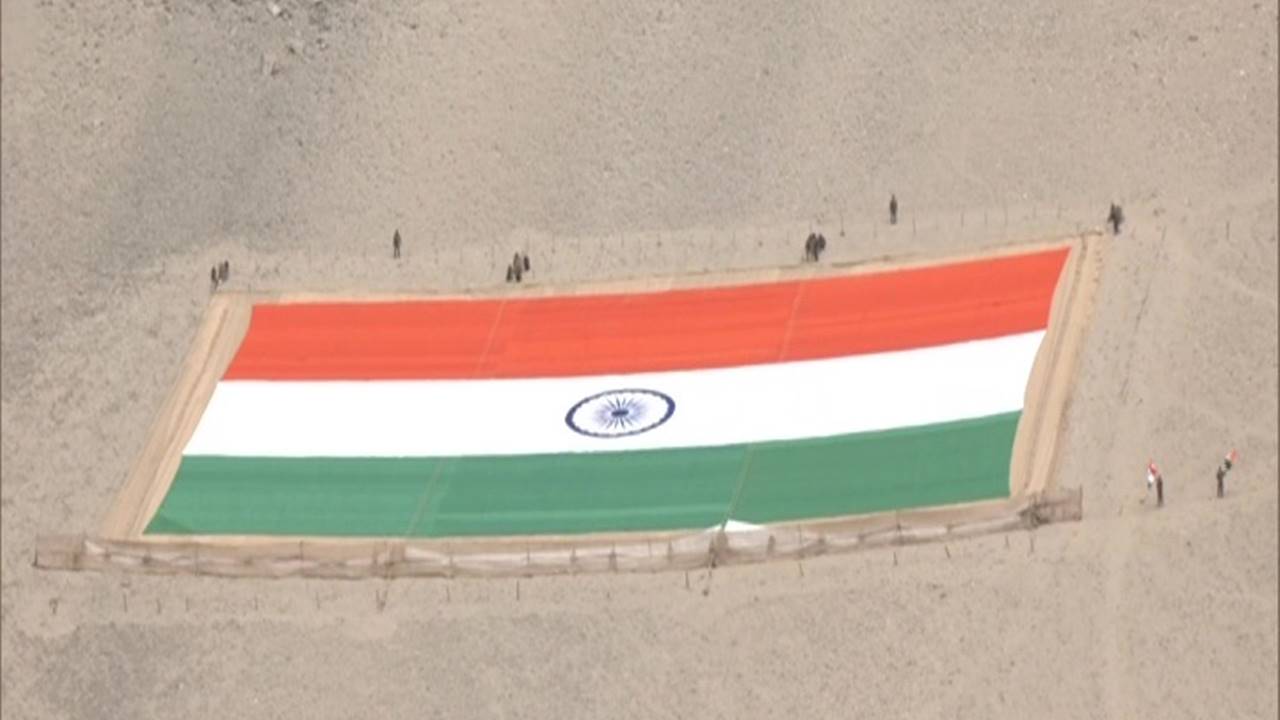 ‘Monumental National Flag,’ the world’s largest national flag made from Khadi, was on Saturday displayed along the India-Pakistan border in Rajasthan’s Longewala, on the occasion of 74th Army Day.This public display in Longewala is the fifth such show of the flag, which was inaugurated in Leh last year on the occasion of Gandhi Jayanti. “Its second public display was on 8th October 2021 at the Hindon airbase on Air Force Day. The third was at the Red Fort on October 21, when the nation completed 100 crore Covid-19 vaccinations. On December 4, it was displayed near the Gateway of India on Navy Day,” the Ministry of micro, small and medium enterprises noted in a statement on Friday.

On the flag’s dimensions, the statement said it is 225 feet long, 150 feet wide and weighs around 1400 kilogram, while the Ashoka Chakra in the centre has a diameter of 30 feet.

Giving further information, it added that the ‘Monumental National Flag’ is a creation of the Khadi and Village Industries Commission (KVIC) to mark the ongoing ‘Azadi ka Amrit Mahotsav’ celebrations to commemorate India’s 75 years of independence from the British rule.

“70 Khadi artisans took 49 days to prepare the flag, the making of which created nearly 3500 man hours of extra work for Khadi artisans and allied workers. A whopping 4500 meters of hand-spun, hand-woven Khadi cotton bunting has been used in making the flag which covers the total area of 33, 750 square feet,” the MSME ministry detailed.