As Biden pulls out of Afghanistan, what’s his plan for Pakistan? It harbors terrorists, too 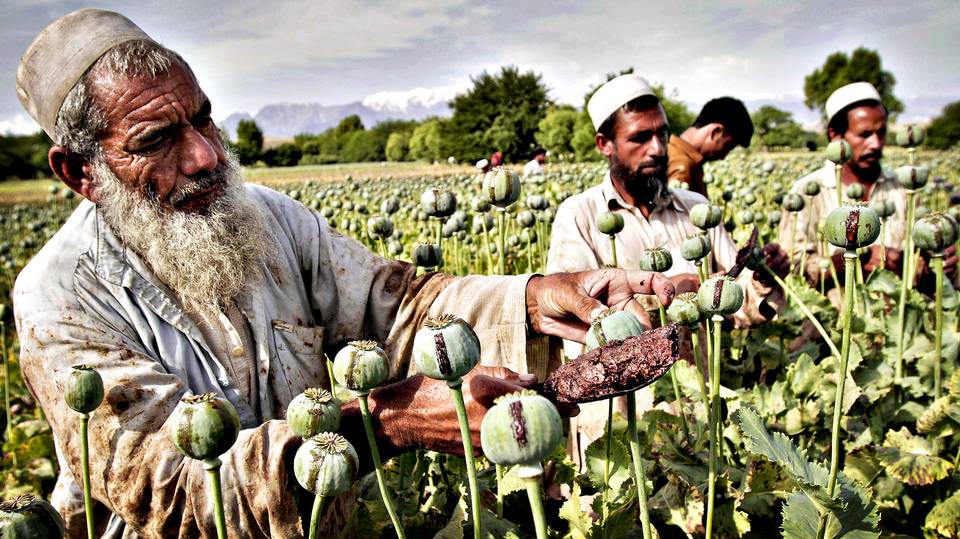 According to the Defense Department’s Office of Inspector General, the Taliban has increased its violence against Afghan citizens since the beginning of the year. Peace talks with the Afghan government have led to a U.S. vow to pull troops from the country by Sept. 11. While Afghanistan gets most of the attention in the region, we, at least, are proposing a “plan” to neutralize anti-West terror development there. We’ll support intelligence, counter-narcotics aid and freezing funds and assets going to terrorism. It may be idealistic, but at least it’s an attempt to get us out while stabilizing the region.

But the administration has no such plan for Afghanistan’s neighbor, Pakistan. Even though it hosted Osama bin Laden, a WorldPublicOpinion.org poll conducted 10 years after the 9/11 attacks found that 72 percent of Pakistani citizens said they didn’t know who was responsible for the attacks.

Like Afghanistan, Pakistan is a world-leading narcotics supplier, where terrorists get most of their money as drug cartels. Al Qaida set up headquarters in Pakistan’s tribal areas after U.S. forces arrived in 2001. In a May 6 appearance on “Morning Joe,” former Secretary of Defense Robert Gates argued that the United States has ignored Pakistan while overemphasizing Afghanistan.

“By January 2002, you had an Afghan government that was recognized internationally. You had all the parties in Afghanistan participating, except for the Taliban, who were hiding in Pakistan,” Gates said. In 2009, former Pakistan President Asif Ali Zardari admitted during a meeting with former civil servants that Pakistan had trained terrorists to further its foreign-policy goals. “Let us be truthful to ourselves and make a candid admission of the realities. The terrorists of today were the heroes of yesteryears until 9/11 occurred, and they began to haunt us as well. They were deliberately created and nurtured as a policy to achieve some short-term tactical objectives,” Ali Zardari said.

SEAL Team Six finally killed bin Laden in Abbottabad, Pakistan in 2011. Abbottabad is not some small Pakistani village hidden in the mountains just across the Afghan border. Its population is more than 200,000. Its military academy — its West Point — is less than two miles from bin Laden’s headquarters and hiding place. Is anyone really supposed to believe the Pakistani government didn’t know he was there, allowing his protection?

As we approach the 20-year anniversary of 9/11, there hasn’t been a major al Qaida terrorist attack in the United States since then. While al Qaida leadership has changed, its goal hasn’t. Drug money is the main source of funding for terror groups. According to the State Department’s 2021 International Narcotics Control Strategy Report, Afghanistan is the main opium supplier in the world. Pakistan produces one-third as much but is a transshipment point for chemicals and the opium used to make heroin.

The U.S. Embassy and Consulates in Pakistan website now states that, “Since 2009, the U.S. government has committed over $5 billion in civilian assistance to Pakistan and over $1 billion in emergency humanitarian response. …This commitment reflects our belief that if Pakistan is secure and peaceful and prosperous, that’s not only good for Pakistan, it’s good for the region and it’s good for the world.”

Not exactly. India and Pakistan, both nuclear powers, have hated each other for decades with jealousy over the territory of Kashmir and a desire for world recognition at the expense of the other.

While most of Donald Trump’s presidency was a disaster, his administration was right to cut off $1.3 billion in security assistance funding to Pakistan in 2018. However, like many events that took place under Trump, the aid was restored after his personal relationship with Pakistani Prime Minister Imran Khan improved.

The Biden administration certainly hasn’t been chummy with Pakistan so far. Biden held a climate-change summit with leaders in the region in April. Indian and Bengali leaders were invited. Pakistani leaders were snubbed. This doesn’t seem to be an accident, either, as Climate Czar John Kerry also recently visited countries in the region. Pakistan wasn’t one of them.

While the cold shoulder is warranted, there should be no more free lunch. Funding should be contingent on an end to safe harbor for terrorists and an end to worldwide drug distribution to fund those terrorists.

While Pakistan claims to be a friend to the United States, it is an ally in name only.