At Kargil and LAC, A Lesson for Pakistan and China—Indian Military is No Pushover 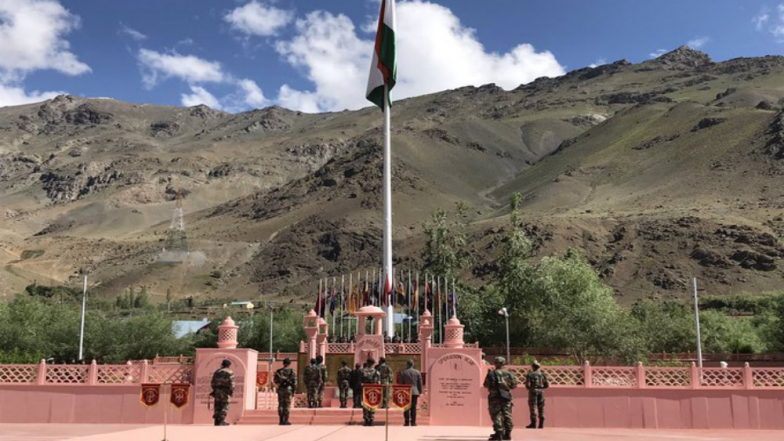 The country is celebrating the 22nd anniversary of the Kargil War. Each year, a two-day event is held at the Kargil War Memorial located in Drass, in which the soldiers who participated in the war and families of those martyred gather together to pay homage. The most moving moment of the event takes place on the 25th evening. As the sun dips behind the mountains, the buglers sound the Retreat, and the war memorial is lit up with hundreds of candles as a remembrance for those who gave up their lives defending the nation.

The Kargil War is a saga of immense bravery and raw courage. The occupation of heights across the Line of Control (LoC) was first reported by a local shepherd, Tashi Namgyal, on May 3, 1999. Indian Army patrols that were subsequently sent out clashed with Pakistani soldiers holding an estimated 140 posts on the Indian side of the LoC. There was shock and surprise as the scale of the intrusion, covering approximately 1,000 square kilometers, became evident.

Retaking the heights was an enormously daunting task. The first success came only on June 13 with the capture of Tololing. After that, the Indian Army was an almost unstoppable force. A series of victories left names of heroes like Vikram Batra, Yogendra Singh Yadav, Manoj Kumar Pandey, and Sanjay Kumar enshrined in our collective memories. However, the victory came at a high cost, and more than 500 soldiers had laid down their lives before the last Pakistani intruder was evicted from Indian soil.

Almost exactly 21 years after the first intrusions were detected in Kargil, on May 5, 2020, there were reports of Chinese patrols intruding across the Line of Actual Control (LAC) in Eastern Ladakh and clashing with Indian forces. On June 15 in the Galwan Valley, a bloody brawl left 20 Indian and numerous Chinese soldiers dead, the first deaths along the LAC since 1975. Many strategic commentators equated the Ladakh intrusions with the Kargil War and how the Indian Army was once again taken by complete surprise.

Any comparison between a war, even limited, and a border incursion may not be entirely correct. However, there are some commonalities in the two crises, which can provide valuable lessons.

India’s initial approach in both cases was to play down the seriousness of the situation. In an interview to the Frontline magazine in the third week of May, the 15 Corps Commander Lieutenant General Kishan Pal, when talking about the intruders, said, “If I don’t take notice of them,” he said, “it will make no difference.” Prior to this, the Defence Minister had stated that the infiltrators would be thrown out in the next 48 hours.

There was a similar reaction from the Indian government and the military after the first reports of Chinese intrusions in Eastern Ladakh started appearing in the media. There was an extreme reluctance to accept that the People’s Liberation Army (PLA) was in occupation of territory that India claimed as its own. A Ministry of Defence report acknowledging that the Chinese had “transgressed” across the LAC was quickly taken down from their website.

Admitting to national security weaknesses is very difficult for any government. It is normal to expect that some obscuring of facts will occur in the hope that the crisis will somehow get resolved at the least cost. Unfortunately, a hasty military response in an attempt to quickly remedy the situation leads to higher costs. We saw this in our initial responses at both Kargil and Eastern Ladakh. Accepting and understanding the nature of the problem is the first step towards crafting a coherent strategy.

Both Kargil and the LAC standoff exposed our intelligence weaknesses. In all fairness, several steps have been taken after Kargil to improve our intelligence capability. The Defence Intelligence Agency was created in 2002, and the National Technical Research Organisation was set up in 2004 for technical intelligence. To improve coordination and intelligence sharing, a Multi-Agency Centre was formed in 2001.

Despite the intelligence reforms having been undertaken, it is clear that problems persist. While the capability to collect information has improved, correctly analysing and interpreting the information remains a weak area. It had been widely reported in the media that the PLA was conducting military exercises opposite Eastern Ladakh since January 2020. However, there was no specific intelligence about Chinese intentions to trigger a major escalation along the LAC.

There is a view that it becomes convenient to pin all the blame for any crisis on the intelligence community. Indeed, political leaders who interact with their counterparts, the military deployed along the border, the diplomatic corps, and the intelligence agencies must all contribute towards the correct assessment of an adversary’s intentions. This suggests that reforms in intelligence capability must go beyond creating new structures and focus on processes where all relevant agencies can come together and form a common understanding of the threat.

There are also lessons for our adversaries in underestimating India’s military resolve. In the first few weeks after the intruders were detected, India’s lack of military success generated euphoria among the Kargil planners in Pakistan. “They completely ruled out any possibility of reversals,” writes Nasim Zehra in the book From Kargil to the Coup. However, by June, when the Indian Army had completed its mobilisation into the Kargil sector, only one result was conceivable—the routing of the Pakistan Army.

In Eastern Ladakh, the PLA initially succeeded in its intrusions across the LAC, but any hope that India would acquiesce to this new reality was soon belied. The Indian military carried a strong counter-mobilisation, and in August, conducted a swift operation to occupy the Kailash heights. There are still some areas where the standoff continues, but India has made it clear that it will not back down until the Chinese withdraw to their side of the LAC.

Pakistan and China must both understand that India is not shy about using military power to support its national objectives. And the Indian military is no pushover. It is a professional and highly motivated organisation that can hold its own in the most adverse conditions. The use of military force to change the status quo along the borders will be met by a strong Indian response. From Nathu La in 1967 to Sumdorong Chu in 1986, and the more recent incidents in Ladakh and Doklam, attempts by the PLA to put military pressure on India have rarely yielded any worthwhile dividends.

Both at Kargil and in Eastern Ladakh, the Indian soldier ultimately salvaged a very difficult situation. Even as wreaths are laid on the Kargil Vijay Diwas, we owe it to our martyrs to honestly introspect about each military crisis and learn the appropriate lessons.