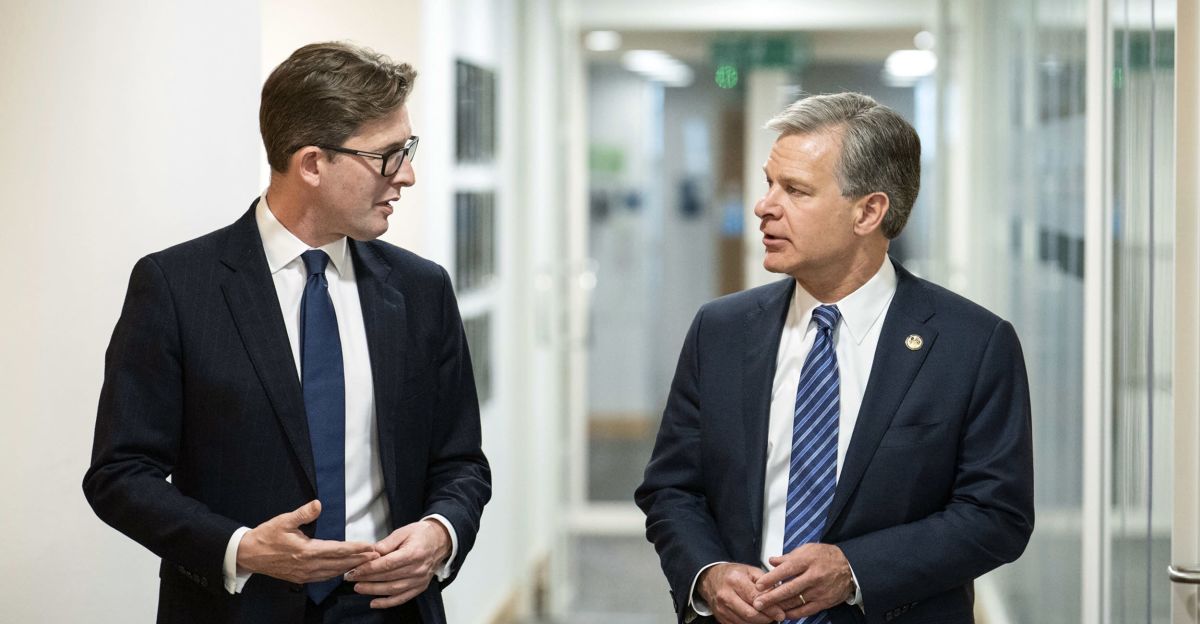 FBI Director Christopher Wray and United Kingdom MI5 Director General Ken McCallum have urged business leaders to be aware of the threat from the Chinese government and help the government agencies protect corporate secrets from theft by China.

Addressing business leaders in London, Wray said, “We consistently see that it’s the Chinese government that poses the biggest long-term threat to our economic and national security, and by ‘our,’ I mean both of our nations, along with our allies in Europe and elsewhere.”

He said the Chinese government poses an even more serious threat to Western businesses than even many sophisticated businesspeople realize. “The Chinese government is set on stealing your technology–whatever it is that makes your industry tick–and using it to undercut your business and dominate your market. And they’re set on using every tool at their disposal to do it,” he said.

Wray said China often disguises its hand in order to obtain influence and access where companies don’t suspect it. “Outside of China, their government uses elaborate shell games to disguise its efforts from foreign companies and from government investment-screening programs like CFIUS, America’s Committee on Foreign Investment in the U.S.”

Adding to what FBI Director, McCallum said most of what is at risk from Chinese Communist Party aggression is not, so to speak, my stuff. “It’s yours.” “The world-leading expertise, technology, research, and commercial advantage developed and held by people in this room, and others like you.”

The Chinese government has a longstanding practice of hacking and stealing proprietary information to try to get an economic advantage.

Wray also spoke about the China threat and emphasized the importance of partnerships to address it. This is the first time the two leaders have gathered to address a global threat with an audience of business and academic leaders.

We’re not just in the business of articulating problems, we’re doing something about them, together with MI5, with the private sector itself, with other government partners,” Wray said.

Wray encouraged the business leaders to partner with the FBI and MI5 so they can have the appropriate intelligence about this threat. The information can also help companies decide whether partnering with China is worth the risk of having proprietary information stolen. Companies must take the long view in making decisions about China, just as the FBI and MI5 are approaching the threat from a long-term perspective.

“Maintaining a technological edge may do more to increase a company’s value than would partnering with a Chinese company to sell into that huge Chinese market, only to find the Chinese government and your ‘partner’ stealing and copying your innovation,” Wray said.

According to the FBI, the counterintelligence and economic espionage efforts emanating from the government of China and the Chinese Communist Party are a grave threat to the economic well-being and democratic values of the United States.

Confronting this threat is the FBI’s top counterintelligence priority. “To be clear, the adversary is not the Chinese people or people of Chinese descent or heritage. The threat comes from the programs and policies pursued by an authoritarian government,” according to the FBI.

The Chinese government is employing tactics that seek to influence lawmakers and public opinion to achieve policies that are more favourable to China, according to US security agencies.

At the same time, the Chinese government is seeking to become the world’s greatest superpower through predatory lending and business practices, systematic theft of intellectual property, and brazen cyber intrusions.

China’s efforts target businesses, academic institutions, researchers, lawmakers, and the general public and will require a whole-of-society response. The government and the private sector must commit to working together to better understand and counter the threat.