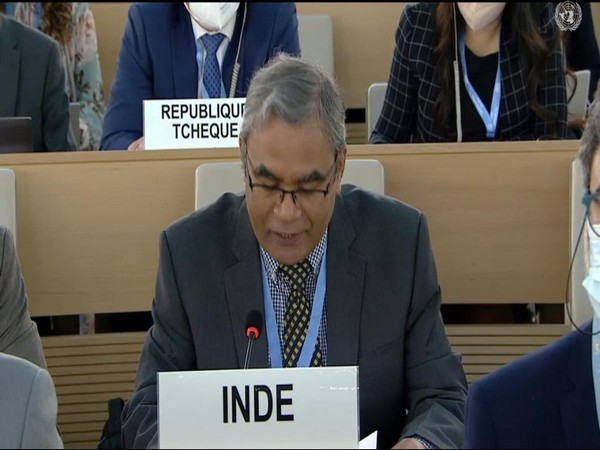 Expressing deep concern at the recent developments in Ukraine, India on Thursday again raised concerns about the deteriorating human rights situation in the country stemming from the Russian aggression and supported calls to ensure uninterrupted humanitarian access and safe passage for the people.  “India’s statement at the 34th Special Session of the United Nations Human Rights Council (UNHRC) on the deteriorating human rights situation in Ukraine stemming from the Russian aggression,” the Indian mission in Geneva said in a tweet.  At the special session of the Human Rights Council (HRC), India’s Permanent Representative in Geneva said this destabilization has burdened people around the world, especially in developing and least-developed countries.”We remain deeply concerned at the unfolding developments in Ukraine. We have constantly called for an immediate cessation of violence and an urgent end to hostilities,” said ambassador Indra Mani Pandey.  “Prime Minister Modi has reiterated this in his interactions with global leaders, including the leadership of the Russian Federation and Ukraine. India continues to believe that pursuing the path of dialogue and diplomacy is the only way out. We have strongly condemned killings of civilians in Bucha and supported the call for an independent investigation,” he added.  Noting that the situation has deteriorated since the Council last discussed this issue in March, the Indian envoy said it is evident that women and children have been disproportionately impacted and that they form the bulk of those who have moved to neighboring countries and been displaced internally in Ukraine.  “We support all efforts to alleviate the suffering of the people of Ukraine,” he said while adding that India believes that the immediate priority should be the evacuation of innocent civilians from areas witnessing intense fighting.  Ambassador Pandey underlined that India has been sending humanitarian supplies, including medicines and other essential relief materials, to Ukraine and its neighbors.  “We support calls to ensure free and uninterrupted humanitarian access and safe passage for the people. The impact of the situation is being felt beyond the region. Oil prices are skyrocketing. There is also a shortage of food grains and fertilizers in the world,” he said.  At the Human Rights Council, the Indian representative again reminded the council that New Delhi has ensured the safe return of about 22,500 Indians from Ukraine.  “We have also assisted nationals from 18 other countries in that process. We are deeply appreciative of the facilitation rendered by the authorities of Ukraine and its neighboring countries in ensuring their safe return,” he said.  Ambassador Indra Mani Pandey further said India continues to emphasize that the contemporary global order is anchored on international law, UN Charter and respect for territorial integrity and sovereignty of all States.  “We call for respect for and protection of human rights of people in Ukraine and reiterate our abiding commitment to global promotion and protection of human rights,” he added.