At UNSC, India emphasizes on equity, affordability and accessibility when it comes to food grains 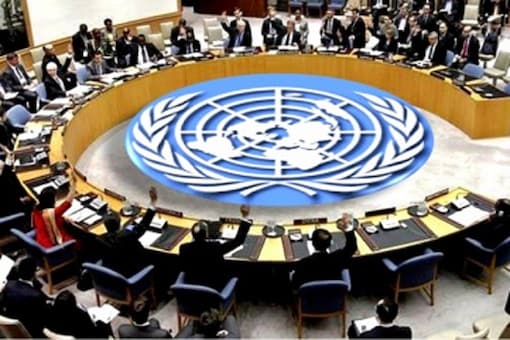 Amidst the rising threat over the global food insecurity, emanating inter-alia from COVID-19 and the Russia-Ukraine conflict, India on Wednesday re-affirm its commitment in advancing global food security, in which it will uphold equity, display compassion & promote social justice.

Expressing concern over the ‘unjustified increase in food prices’, the Minister of States for External Affairs V. Muraleedharan speaking at the Ministerial Meeting on ‘Global Food Security Call to Action’, stressed on the importance of equity, affordability and accessibility when it comes to food grains.

“We have already seen to our great cost how these principles were disregarded in the cases of COVID-19 vaccines. Open markets must not become an argument to perpetuate inequity and promote discrimination,” the Minister said.

Clearing air over the government’s order dated May 13th for the first time, over restricting wheat export, the Minister said that the decision was taken with dual objectives of ensuring food availability within the country and also to ensure that no country remains food starved.

“The measures allow for export on the basis of approvals to those countries who are required to meet their food security demands. This will be done on the request from the concerned government,” the MoS MEA added.

Citing several factors including ensuring India’s food security and checking inflation, the Centre in its order dated May 13th, has finally put a curb on wheat export with immediate effect. In its notification, Directorate General of Foreign Trade has said that due to several factors, there is a sudden spike in the global prices of wheat, forcing us to take this decision.

Addressing the high-level session, the Minister further highlighted India’s leadership role in strengthening the food security. He further emphasized on India’s never ending will to assist its allies and partners in the time of their crisis. Keeping with its ethos of Vasudhaiva Kutumbakam (the world is one family) and its Neighbourhood First Policy, India had continued its humanitarian assistance in the form of food-aid to several distressed countries.

“In view of deteriorating humanitarian situation in Afghanistan, India is donating 50,000 Metric tonnes of Wheat to the people of Afghanistan. India has continued its humanitarian support for Myanmar, including grant of 10,000 tons of rice and wheat. We are also assisting Sri Lanka including with food assistance, during these difficult times,” the Minister of State for External Affairs said.

On the other hand, emphasizing on the states collective participation to suppress the rising food crisis, UN Secretary General Antonio Guterres said, “The war in Ukraine, on top of all the other global crisis, threatens tens of millions of people with food insecurity, malnutrition, mass hunger and famine. There is enough food in our world for everyone, but we must act together, urgently & with solidarity.”

Amidst growing concerns over the global food insecurity, it is pertinent to look into- how secure India is when it comes to having availability of grains, especially wheat. As per the advance estimates of the government, India’s wheat output likely to go down in 2022, due to rise in temperatures in mid-March and April, causing damage to crop yields especially in Punjab, Haryana and Uttar Pradesh.

However, India- the world’s second largest producer of the grain has had five consecutive years of record harvests of wheat till 2021. Hence, India is in a much comfortable position, when it comes to having overall surplus availability of grains and stocks as they will be higher in any case than the minimum requirements for the next one year.

Recently, Department of Food and Public Distribution (DFPD), had said that after meeting the requirement of welfare schemes in the year ahead, on April 1, 2023, India would have stocks of 80 LMT of wheat, well above the minimum requirement of 75 LMT. However, it did admit that wheat production is expected to be 1050 LMT, which is slightly lower than the initial estimate of 1110 LMT in FY 23 and year-end closing stocks are adequate after meeting all requirements.