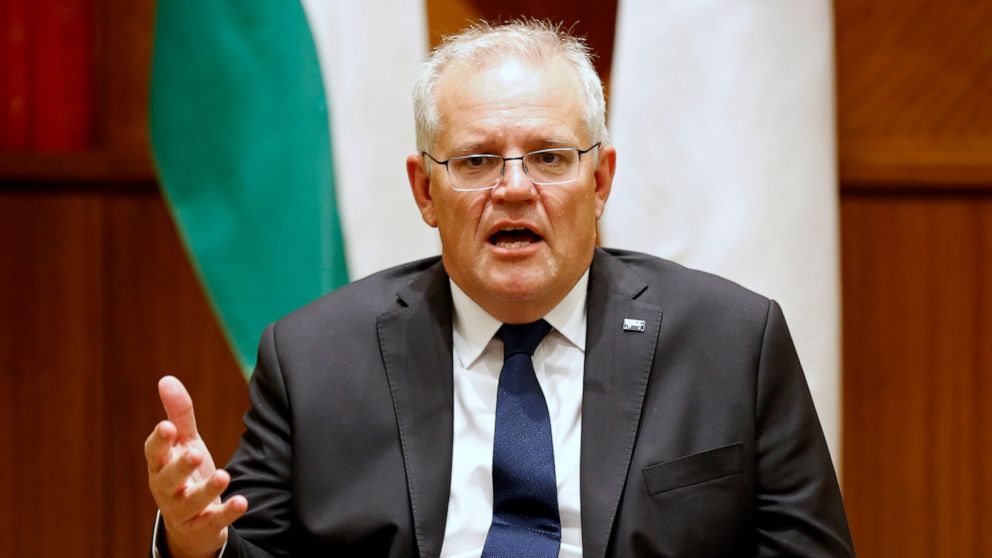 Australia’s prime minister on Tuesday urged China to denounce Russian threats against Ukraine, as the crisis between the U.S.-led allies and Moscow raises the specter of a broader conflict.

Scott Morrison noted that Beijing and Moscow had announced they were pursuing closer relations since more than 100,000 Russian troops were sent to the Ukrainian border.

“We would expect all nations, all governments around the world, to be denouncing what is taking place with the threats of violence against Ukraine,” Morrison told Parliament.

He called on all federal lawmakers to join the Australian government in “urging the Chinese government to denounce those actions and to allow an appropriate response through the United Nations rather than resisting that being done” through its membership of the U.N. Security Council.

Morrison’s criticisms of China will further strain a tattered bilateral relationship between Australia and its most important trading partner.

Australia has suffered trade retaliation in recent years after angering Beijing with actions that include outlawing covert foreign interference in domestic politics, banning Chinese tech giant Huawei from major infrastructure projects and demanding an independent investigation into the origins of the COVID-19 pandemic.