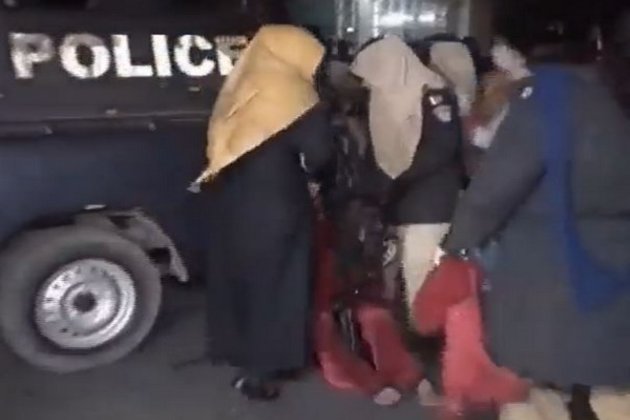 In a horrific incident, women from Pakistan’s Balochistan province demanding the release of missing persons were dragged through Karachi’s streets by the police. Despite civil society initiatives, the issue of enforced disappearances in Pakistan remains unresolved, as the state continues to utilise it with impunity. The irony is that successive Pakistani governments have sworn to eliminate the practice of enforced disappearances, but there is no end in sight, according to the International Forum For Rights And Security (IFFRAS), a research group located in Canada.

However, the reality is that the Pakistani state is content to use the practice to suppress dissent and frighten those who question the all-powerful Army or demand individual or societal rights.

On September 10, sharing the video of the awful event, a human rights activist, Ashraf Baloch tweeted, “This is so-called Islamic Republic of Pakistan. Baloch women being dragged on the streets of Karachi for demanding release of Baloch missing persons. Unfortunately, Pakistan is member of UN.”

On the International Day of Enforced Disappearances (August 30), former parliamentarians and human rights groups sought legislation to ensure that restrictions were imposed on state institutions, and regulations were enacted in Pakistan that set boundaries for intelligence agencies over enforced disappearances. Pakistan’s armed forces have been widely suspected of being involved for the ‘disappearance’ of an estimated 5,000 to 8,000 people.

Baloch ‘nationalists’ have formed several organisations to resist state restrictions on civil rights and the CPEC projects, which they claim deprive Balochs of natural resources while providing few jobs. Enforced disappearances have been reported primarily in the Balochistan and Khyber-Pakhtunkhwa regions, which are home to strong separatist groups.

According to IFFRAS, families and activists have reported being harassed, unjustly arrested and incarcerated, and subjected to violence for simply expressing their right to peaceful protest, which is protected by international human rights law and domestic legislation.

Enforced disappearance is a crime under international law and a violation of international human rights law. It also violates the fundamental rights guaranteed by Pakistan’s Constitution. “Victim families who have exhausted all legal avenues are forced to publicly campaign in search of the fate and whereabouts of their loved ones,” according to Amnesty International South Asia.