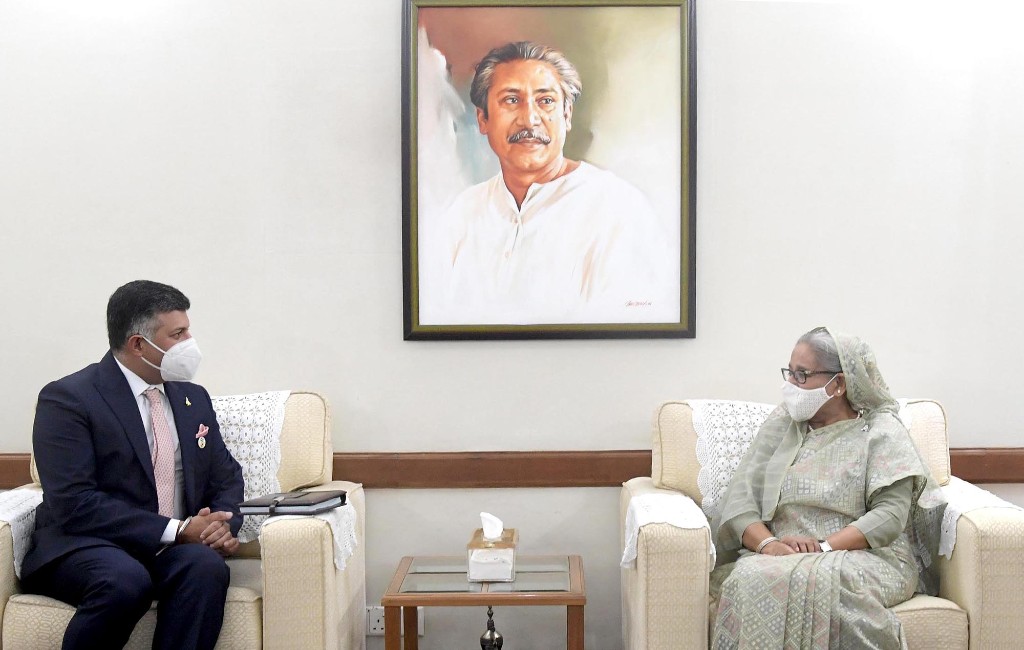 The PM said this when Indian High Commissioner Vikram Kumar Doraiswami met her at her official residence Gono Bhaban.

The PM and the envoy discussed issues relating to the enhancement of trade and commerce between the two neighbouring countries.

Hasina emphasised the resumption of Akhaura-Agartala rail line to boost connectivity and trade.

Doraiswami told the PM that the Indian president will visit Bangladesh to join the Victory Day celebrations coinciding the birth centenary of Father of the Nation Bangabandhu Sheikh Mujibur Rahman and the Golden Jubilee of the Independence.

“This is a special year, a year when the Indian President and the prime minister are visiting Bangladesh. For India, Bangladesh is a very dear country,” he said.

Officials of the two countries are working on finalising the Indian President’s tour.

Hasina said the two countries now have to remain cautious to tackle Covid-19.

Doraiswami thanked Hasina for helping his country by providing medical equipment during the Covid-19 pandemic.

He handed over a very rare photograph of the Father of the Nation in which he is seen taking a security man to his home for lunch with him in 1972.