Beijing 2022: Winter Olympics hit by deluge of complaints from athletes 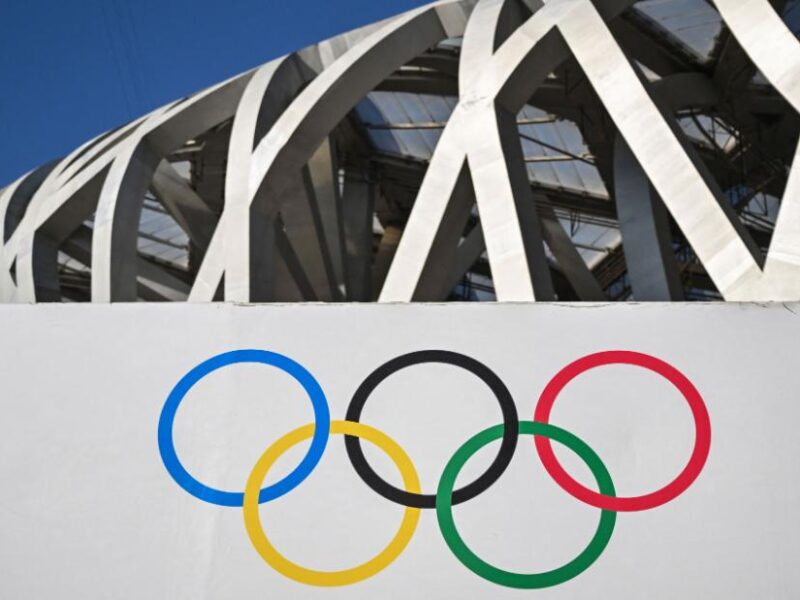 Athletes have been hitting out at Olympic organisers, with complaints about freezing conditions and quarantine rules pouring in.

Beijing kicked off the Winter Games four days ago, promising it would be “streamlined, safe and splendid”.

Some have lauded China’s efforts to ensure a relatively virus-free Games.

But some participants say they are living and training in dismal conditions, prompting them to lobby organisers for improvements.

The Swedish delegation called for cross-country skiing events to be held earlier in the day to protect athletes from freezing temperatures – after Swedish athlete Frida Karlsson was seen shaking and close to collapse at the end of her women’s 7.5km+7.5km skiathlon on Saturday.

Under the International Ski Federation rules, competitions are not allowed to take place when temperatures dive below -20C (-4F).

“We have the cold limits, but I do not know if they also measure the wind effect,” Mr Bystroem told Reuters news agency on Sunday.

A handful of Covid-19 cases – including athletes and team officials – have been reported at the Games, with frustration bubbling over the confusion surrounding Covid isolation rules.

China has gone to great lengths to keep the virus out – barring foreign spectators and prohibiting tickets from being sold to the general public. Media, athletes and observers are being kept in distinct “bubble areas”, with the rules saying anyone entering these bubbles must be fully vaccinated or spend 21 days in quarantine.

China’s rules stipulate those who have symptoms will be taken to a designated hospital and those who are asymptomatic will stay in an isolation facility.

Those infected will be kept in isolation until they test negative twice 24 hours apart. After that, they will be released to re-join the bubble.

Earlier last week, Belgian skeleton racer Kim Meylemans posted a tearful account on Instagram, alleging that she had been bounced from one isolation facility to another.

“We are not even sure I will ever be allowed to return to the [Olympic] village,” she said in a video. “I’m not sure I can handle 14 more days and the Olympic competition while being in this isolation.”

The IOC later said in a statement that she would be given a room in the Olympic Village and that it stood “ready to support [her]”.

Polish speedskater Natalia Maliszewska also claimed she was unexpectedly released from quarantine the night before a qualifying race, only to be sent back into isolation hours before competing, following a positive Covid test.

“I don’t believe in anything any more. In no tests. No games. It’s a big joke for me,” she wrote on Twitter in Polish, according to one translation.

Separately, Russian biathlon competitor Valeria Vasnetsova expressed her frustration with the food provided in isolation, posting on Instagram of what she said was “breakfast, lunch and dinner for five days already”.

Her profile is set to private, but the image of the meal – plain pasta, potatoes, charred meat on a bone, and no vegetables – was captured by some on social media.

The BBC has been unable to verify these claims.

In a meeting with reporters on Monday, International Olympics Committee (IOC) sports director Kit McConnell said the isolation conditions of athletes were top priority and they were taking steps to address “individual circumstances which are still challenging”.

Meanwhile, others have praised China’s determined efforts to ensure a relatively virus-free games, including deep-cleaning of sleep pods between users, regular spraying of disinfectant and deploying robots in kitchens and bars for food preparation and distribution.