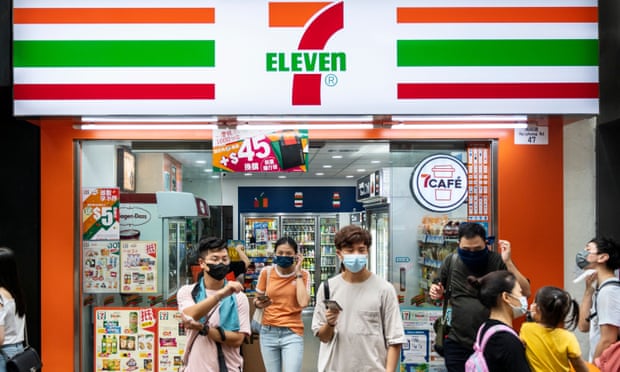 Beijing has fined and issued a warning to 7-Eleven over its website listing Taiwan as a country and displaying maps it said contained erroneous borders for Xinjiang and Tibet.

The Beijing municipal government fined the company 50,000 yuan ($7,842) for the “errors” including “wrongful act of assigning Taiwan province as an independent country”.

It said the 7-Eleven website also failed to use China’s names for some disputed islands in the South China Sea, including the Japanese-administered Senkakus which China calls the Diaoyu islands.

The punishment was issued in December, but was first reported on Friday by Asia Nikkei. The convenience store chain is prolific across Asia, and the Beijing stores are owned by a domestic outpost of Seven-Eleven Japan, a subsidiary of Japanese firm 7 & i Holdings.

The Chinese government claims Taiwan as a province and is hypersensitive to any act or reference which appears to support Taiwan’s position that it is a sovereign nation. High profile instances in recent years have sparked nationalistic backlash and boycotts, which have in turn prompted some profuse apologies.

In May, John Cena, a co-star of blockbuster film Fast & Furious 9, uploaded a filmed apology given in Mandarin for any offence caused to Chinese people after he referred to Taiwan as a country while promoting the film.

According to Nikkei Asia, Seven & i Holdings acknowledged the complaint and said it would “do our best to prevent a recurrence”.