Beijing silent on reports of Islamabad objecting to Chinese wish of taking over the security of its nationals, assets in Pakistan 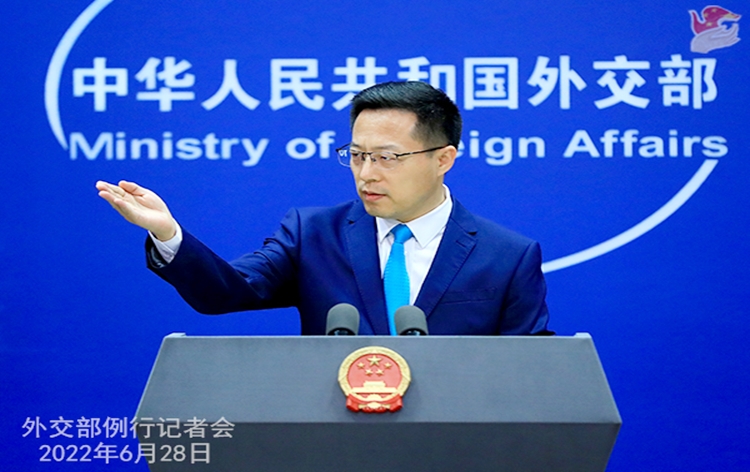 China on Tuesday remained silent on reports claiming that its all-weather ally Islamabad has objected to Beijing’s request to allow a Chinese security firm to operate in Pakistan to guard Chinese citizens and assets after the recent spike in terrorist attacks against them. According to media reports Pakistan’s Interior Ministry has objected to the request of the Chinese Ministry of State Security, which in June sought to allow a Chinese security company to operate in Pakistan, saying instead that Pakistan security forces are able to protect Chinese nationals and assets in Pakistan.

At the regular media briefing in Beijing, Chinese Foreign Ministry spokesman Zhao Lijian sidestepped a question on this and said Beijing and Islamabad are in close communication and coordination to protect the safety of Chinese institutions and personnel in Pakistan. A Japanese media outlet has reported that China wants its own security company to guard its citizens and assets in Pakistan following a spate of recent attacks against its nationals in that country, but Islamabad has been resisting the pressure from Beijing. Pakistan in recent months has been witnessing a series of attacks against Chinese workers employed in scores of projects under the USD 60 billion China Pakistan Economic Corridor (CPEC).

The latest attack was in April when a woman suicide bomber from the Baloch Liberation Army (BLA) blew herself near a van carrying Chinese teachers at the Confucius Institute at Karachi University. Three Chinese were killed in the incident and rets of the Chinese teachers left Pakistan after that. Baloch insurgent groups have previously carried out several attacks targeting the CPEC projects. Tehreek-e-Taliban Pakistan (TTP), a Pakistan based militant outfit too has been blamed for some of the attacks on Chinese nationals. Pakistan has raised a separate military force to protect the Chinese workers, but Beijing is increasingly getting nervous over the recurring attacks resulting in heavy casualties.

In July last year, motorcycle borne masked men opened fire on a vehicle carrying two Chinese nationals in Karachi in which one of them was critically wounded. In the same month, nearly a dozen Chinese engineers were killed when a bus carrying construction workers was “attacked” in northwest Pakistan. In November 2018, Baloch militants had attacked the Chinese consulate in Karachi.

Meanwhile, a consortium of Chinese state banks has lent $2.3bn to Pakistan to help the country stave off a foreign payments crisis, finance minister Miftah Ismail said on Friday. The same day Islamabad announced a one-off 10 per cent ‘super tax’ on important industries like cement, beverages, steel, tobacco and chemicals, that is intended to lead to a stalled $6bn IMF loan package being resumed. In recent months, Pakistan’s battered economy has prompted concerns it might follow Sri Lanka in defaulting on international debt.