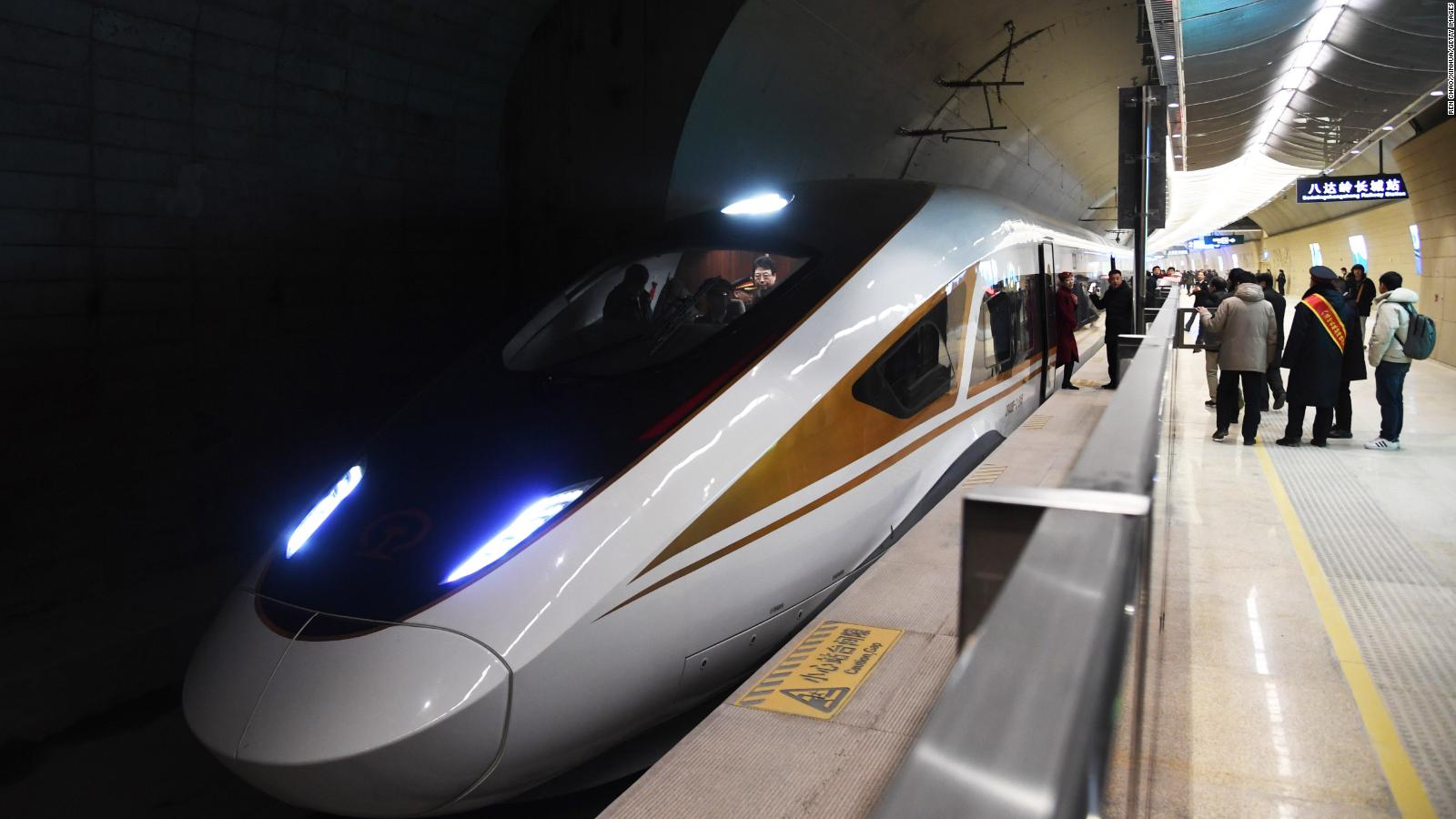 With the 2022 Beijing Winter Olympics fast approaching, the world’s first self-driving high-speed train is already in action, transporting athletes and officials between the two main cities hosting the games on the historic Beijing-Zhangjiakou intercity railway.The fact that this bullet train can drive itself is remarkable enough. But partway through the 56-minute ride, it passes through another engineering marvel: the Badaling Great Wall Station.Completed in 2019, the station is a stone’s throw away from the entrance to Badaling, the most popular section of the centuries-old wall. To protect the iconic monument from structural damage, the railway line and its accompanying station were built deep underground.

Buried 102 meters (335 feet) below ground and covering an area of more than 36,000 square meters, the three-story structure is said to be the world’s deepest and largest underground high-speed railway station.Constructing such a complex station, which includes a 12-kilometer-long ​(7.45 miles) tunnel system, under a UNESCO World Heritage site was no easy feat.According to China’s state media, engineers used an electronic detonator to precisely time the explosives down to the millisecond. It was the first time the technology was used in China, and allowed workers to maintain a vibration velocity of below 0.2 centimeters per second.That means every explosion was precisely calculated to ensure the impact would be no stronger than a single footstep on the Great Wall.

Starting in 2016, construction of the tunnel and the station took around three years to complete.The high-speed railway shortens the journey from China’s capital city to the Badaling Great Wall from around 1.5 hours — traffic congestion could make that time far longer — to around 27 minutes.The station is a few minutes away from the Great Wall cable car station and around 800 meters (0.5 miles) from the starting point of the Badaling Great Wall. It’s also home to China’s second-longest escalator, stretching 88 meters long and 42 meters high.

Because of the distance to the train platform, the station gate is closed to ticket holders 12 minutes before the departure of the final train, instead of the usual five minutes in other stations in China, to ensure that the passengers have enough time to make their way through the massive station.

Will the Great Wall be making an appearance at the Winter Olympics?

While there won’t be any Olympics sporting events taking place anywhere near the Badaling Great Wall, it will be part of the torch relay, taking place February 2-4.As a result the station, as well as the Badaling section of the wall, is closed on February 2 and 3.

Badaling isn’t the only portion of the Great Wall that will make an appearance on TV screens as part of the Winter Olympics ceremonies.Chongli district and Yanqing district, two areas with Winter Olympics villages, are also home to parts of the ancient barricade.Some tracks at the National Ski Jumping Centre in Chongli are as close as 20 meters to the Great Wall, offering a historic view for the skiers competing in the games.

The 108-mile-long Beijing-Zhangjiakou railway is served by a new high-speed electric multiple-unit (EMU) Fuxing train developed and operated by the state-owned China State Railway Group.Unveiled in early January, it can run up to 350 kilometers (or 217 miles) per hour and cuts travel time between two of the main Olympics host cities from three hours to 56 minutes.Though the high-speed train is autonomous, a monitoring driver is on board at all times. The train can automatically start, stop and adjust to the different speed limits between stations.The train’s eight cars are equipped with 5G signals, intelligent lighting and 2,718 sensors to collect real-time data and detect any operational abnormalities.