Beyond China’s economic coercion: Time for a resilient EU 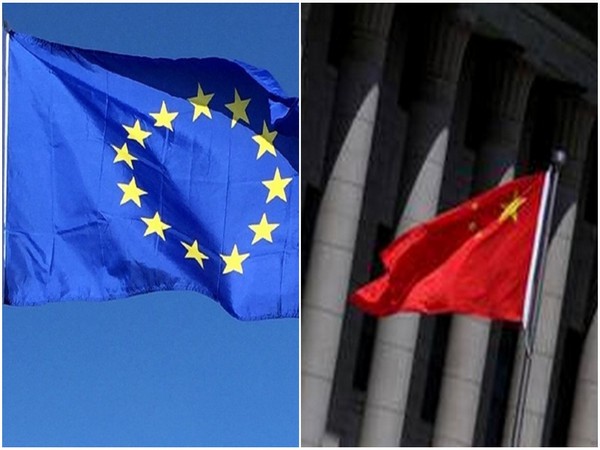 On February 24, the world watched with apprehension as Russia launched a full-scale military invasion into sovereign Ukraine, just days after President Putin recognized the independence of Russian-controlled Ukrainian separatist regions. The attack amounts to the largest ground war in Europe since World War II and is about to rewrite the post-Cold War security order.

On the day of the assault, nine Chinese military aircraft flew into Taiwan’s air defence identification zone (ADIZ). As with all previous incursions over 900 in 2021, which was more than double than in the previous year Taiwan responded with transparency, issuing reports with the number and type of aircraft and flight paths, shedding light on the rise in the Chinese military’s escalatory behaviour.

For years faced with the near-daily air incursions into its southwestern ADIZ, Taiwan has kept its composure. In her National Day speech in 2021, President Tsai Ing-wen said Taiwan was determined to protect its freedom, ready to contribute to the region’s peaceful development and eager to cooperate with partners to respond to authoritarian threats. Taiwan’s president also condemned Russia’s invasion of Ukraine which “violates Ukrainian sovereignty and has eroded peace and stability in the region and around the world”.

The existential threat from the People’s Republic of China has been on the rise for Taiwan. COVID-19 has made it the central drama in the US-China strategic rivalry. But it also pulled democracies closer together to coordinate their response, including to Beijing’s lack of transparency concerning the pandemic, and its increasing willingness to weaponize trade to advance its geostrategic agenda.

The European Union has supported efforts to shield democracy from authoritarianism, including agreeing on a joint agenda with the Biden administration. Yet, while the pandemic has chilled EU-China relations, Brussels has remained careful not to let Beijing think its attitude is ‘anti-China’.

The EU’s approach to China’s assertiveness has so far been half-hearted, shaped by its own fragmentation running deeply between member states. A common agenda to counter Beijing’s economic coercion, and enhance the EU’s standing in the geoeconomic and technology competition is work in progress. While their trade ties with China vary, member states continue to uphold their interest in cooperation.

In standing up to China’s authoritarian leadership by embracing democratic Taiwan, Lithuania is charting a path that fellow EU nations must follow. The diplomatic row over the treatment of Taiwan is the fruit of an increasingly tense relationship between China and some Central Eastern European (CEE) EU member states that has seen a small but resourceful Lithuania take on the role of David against Goliath.

The first hints of changes afoot came when last May Lithuania’s government announced a “values-based foreign policy.” That was followed by the news that it would leave ‘17+1’, a Beijing-led “cooperation framework” between China and CEE nations for investment, transport, science, and more.

“The EU is strongest when all 27 member states act together along with EU institutions,” Lithuania’s Foreign Minister Gabrielius Landsbergis said. That same month Lithuania’s government announced plans to open an office for economic representation in Taiwan joining the 15 EU member states already on the ground.

What set China off, though, was Lithuania’s decision to let Taiwan open an office in Vilnius under its own name — the “Taiwanese Representative Office in Lithuania,” rather than “Chinese Taipei.” That prompted the strong rebuke from Beijing, which recalled its ambassador to the Baltic country and expelled Vilnius’ top diplomat to China.

Further retaliatory measures — halting cargo trains going to Lithuania, issues with processing some export permits, deleting Lithuania from its customs registry then reinstating it — have followed.

But Beijing upped the ante and, in an unprecedented move, pressured European companies to drop Lithuanian suppliers or face being shut out of the Chinese market. As these secondary sanctions on European companies had an effect on supply chains throughout the EU, Brussels was unequipped to respond swiftly. Economic interdependence with China has created power, but also made Europe vulnerable, as this was clear during the pandemic.

“The single market itself is being put to the test”, said Germany’s Parliamentary State Secretary for Economic Affairs Franziska Brantner. France, now holding the rotating presidency of the Council, vowed to punch back quickly against Beijing’s coercion.

Beijing’s decision to ‘punish’ Lithuania could easily be dismissed as a diplomatic quirk — but the EU would be remiss not to take heed. The new phase of Sino-Lithuanian ties impacts more than the Baltics. With the integrity of the European single market undermined, Lithuania’s problem is a European problem.

Since the onset of the pandemic, a shared sense of unease has been mounting across the EU in the face of China’s disinformation and influence operations. As a frontline member state, Lithuania has not been spared those efforts.

Beijing has used disinformation to amplify its economic coercion. It claimed that opening a Taiwanese Representative Office was an act to “gain independence”, dismissing the fact that it is Lithuania’s and Taiwan’s sovereign right to cooperate. The Chinese leadership has in fact built its entire Taiwan narrative on disinformation, claiming Taiwan is part of its territory, whereas it never ruled it. For the Communist leadership, Taiwan remains ‘non-negotiable’.

China’s tactics are familiar: Lithuania has had to contend with a hostile Russia since gaining its freedom from the Soviet Union 30 years ago. Moscow and Beijing have also engaged in mutually reinforcing disinformation narratives when COVID-19 hit, claiming theirs is an effective response to the health crisis. And, for months before invading Ukraine, Moscow followed similar tactics, claiming NATO was an existential threat to Russia, and Russia was the victim.

So China’s incendiary rhetoric and economic coercion towards Lithuania has hit an already sensitive nerve in Vilnius and across the EU.

It’s worth noting that Lithuania did not gain much from cooperation with China. Along with the other Baltic nations, it was among the EU’s smallest recipients of Chinese investment, each receiving less than 0.1 billion euros in FDI between 2000 and 2019.

That doesn’t mean there was little at stake for Vilnius.

Vilnius has made it clear. Its turn toward Taiwan is not anti-China, but pro-democracy. It is now vital the government communicates to the Lithuanian people in unambiguous terms the kind of relationship it wants to build with Taiwan and how it wants to get there. This is essential in order to leave no space for China’s disinformation. With Beijing using economic coercion and disinformation in a mutually reinforcing way, Vilnius must adopt a comprehensive approach.

To offset the financial cost that comes with angering China and to secure an economically viable cooperation with Taiwan, requires efforts both in Vilnius and Taipei; portraying Taiwan as an economic alternative to China is a joint responsibility.

Taipei’s commitment to create a $200m fund to invest in the country’s tech industries, including semiconductors, and its additional USD 1b credit for joint projects are big steps in the right direction, in particular as they come following Lithuanian President Gitanas Nausda calling the decision to allow Taiwan to open a representative office with its own name a “mistake”.

The Foreign Ministry rejected claims they hadn’t consulted the president on this decision. As internal disagreements may continue, Vilnius must protect its values-based foreign policy through internal coherence.

How the EU responds to China’s economic coercion against one of its own will shape the future of EU-China relations. EU Trade Commissioner Valdis Dombrovskis stressed the EU is “ready to stand up against all types of political pressure and coercive measures applied against any Member State”. Announcing Brussels’ decision to take China to the WTO, he said Brussels was “stepping forward to defend the EU’s rights”.

The measures Brussels put forward thus far — an EU toolbox to mitigate cybersecurity risks to 5G, an EU framework for screening foreign investment and the anti-coercion instrument in preparation — rely on convergence between member states.

But Brussels cannot only play defence. It needs a comprehensive approach to address all threats, and use the economic power of member states more strategically while working closely with like-minded partners. By focusing on the bloc’s domestic strengths and reinforcing its external power projection, Brussels can build resilience and not only defend its interests, but leverage its economic power for strategic ends.

Brussels should therefore prioritize investing in critical technologies at home to address its strategic interdependencies with the rest of the world, and increase it global engagement through an effective Indo-Pacific strategy. European leaders collectively already see China as a “systemic rival”. They must now act accordingly.

Showing a united front inside the EU and across the Atlantic regarding both Russia, as it invaded Ukraine, and China, is imperative. Concrete actions — closer cooperation on technology standards based on democratic values, cooperation on the use of human rights sanctions, efforts to increase resilience to disinformation — are needed.

Vilnius’ courage has set a precedent for the broader EU to sign on to. In January, Slovenia’s Prime Minister Janez Jana called Taiwan a “democratic country” and announced plans to exchange trade offices with Taipei.

Ljubljana found inspiration in Lithuania’s stance and shares its disappointment in 16+1. But the path it will take will be shaped both by the China factor within its own domestic and foreign policy considerations, and the EU’s response to Beijing’s economic coercion.

Taiwan and Lithuania are frontline democracies against authoritarianism which both the US and EU benefit from. Embracing Taiwan as a reliable partner in the Indo-Pacific must be an integral part of coordinated action to counter Chinese aggression. As Sufi poet Rumi once wrote, half-heartedness does not lead into majesty.