Biden, Japan PM Kishida vow to ‘push back’ on China 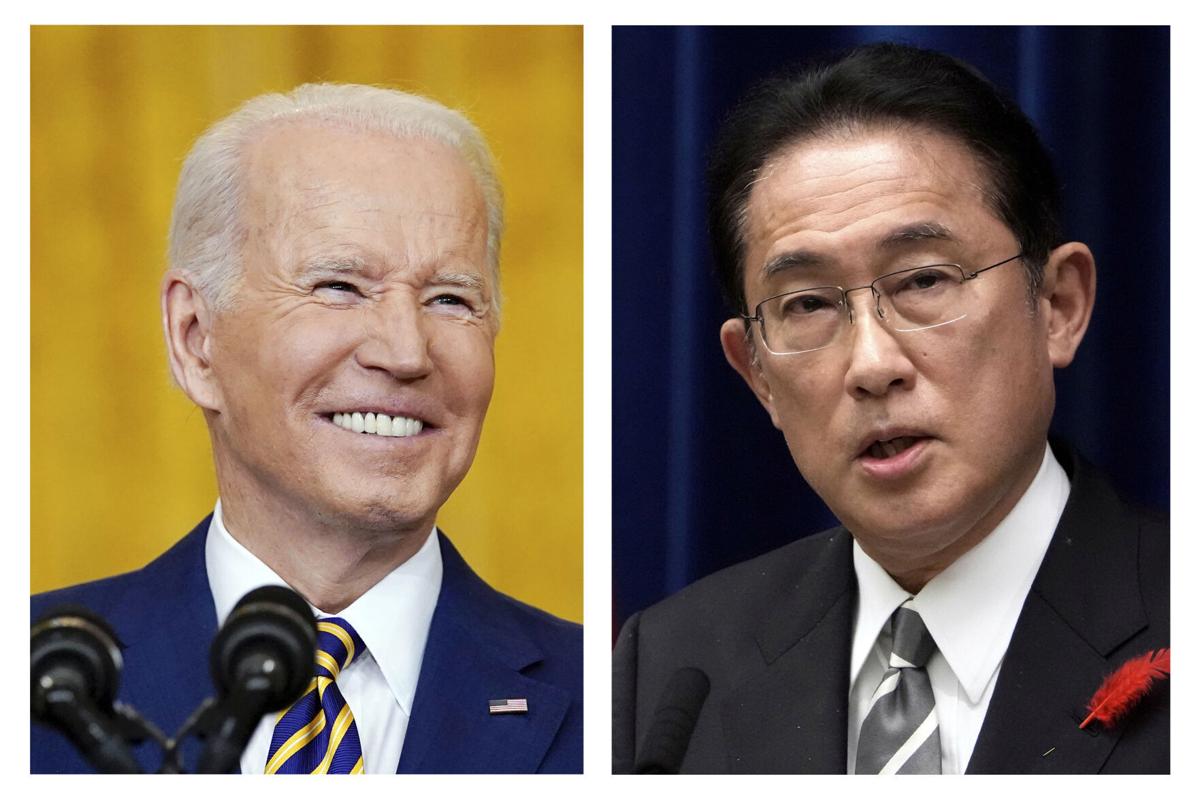 US President Joe Biden and Japanese Prime Minister Fumio Kishida agreed to “push back” against China and condemned North Korea’s spate of missile tests, while Biden underlined US commitment to defending Japan, in virtual talks Friday.

In a video meeting that lasted about one hour and 20 minutes, Biden also agreed to travel to Japan in late spring of this year for an official visit and summit of the Quad, which groups Australia, India, Japan and the United States, a senior US official said.

Biden has made restoring the importance of the US-Japanese relationship a priority since taking office exactly a year ago, following his predecessor Donald Trump’s questioning the benefit of even longstanding US alliances in both Asia and Europe.

After the meeting, which took place by video link behind closed doors, Biden tweeted that it was “an honor to meet with Prime Minister Kishida to further strengthen the US-Japan Alliance — the cornerstone of peace and security in the Indo-Pacific and around the world,” using an alternative name for the Asia-Pacific region.

Much of the discussion was on the growing strategic challenge from China, which has spooked the region with saber-rattling near Taiwan, which considers itself independent but Beijing claims as part of its territory — to be retaken by force one day, if necessary.

The US official said Biden and Kishida expressed concern over China “intimidating” its neighbors.

“The two leaders resolved to push back against the People’s Republic of China (PRC)’s attempts to change the status quo in the East China Sea and South China Sea” and also “underscored the importance of peace and stability across the Taiwan Strait,” the official White House readout after the meeting said.

Biden and Kishida expressed “concern” about Chinese “practices” in Xinjiang province — where the United States says China is committing genocide against the Uyghurs — and in Hong Kong.

Regarding Japan’s dispute with China over the uninhabited but strategically located Senkaku Islands, Biden “affirmed the United States’ unwavering commitment to the defense of Japan, using its full range of capabilities,” the readout said.

Another security challenge at the top of the agenda was North Korea, which has had a busy schedule of missile test launches this year — in contravention of UN sanctions — and on Thursday suggested it could even resume nuclear and intercontinental missile tests.

“The two leaders condemned the recent ballistic missile launches,” the White House said, while a Japanese readout of the meeting said they described North Korea’s activity as “a threat to the peace and stability of Japan, the region and the international community.”

Underlining soaring tensions around Russia’s build-up of a large military force on Ukraine’s border, Biden and Kishida said they were working “closely together to deter Russian aggression.”

“Prime Minister Kishida pledged to continue close coordination with the United States, other allies and partners, and the international community on taking strong action in response to any attack,” the White House said.

In Japan’s readout, it said they “committed to work closely together to deter Russian aggression against Ukraine.”

Ahead of the virtual bilat, US officials stressed the goal of reinforcing an alliance that has underpinned US leadership across the entire Asia-Pacific region since World War II.

White House Press Secretary Jen Psaki said that Biden and Kishida were discussing economic ties, as well as security and the “free and open Indo-Pacific” — a reference to the drive to maintain the status quo in the Asia-Pacific region, despite rapidly expanding Chinese military and commercial power, including along crucial sea trade routes.