Blackout in Pakistan: China’s role in knocking the lights off in Pakistan 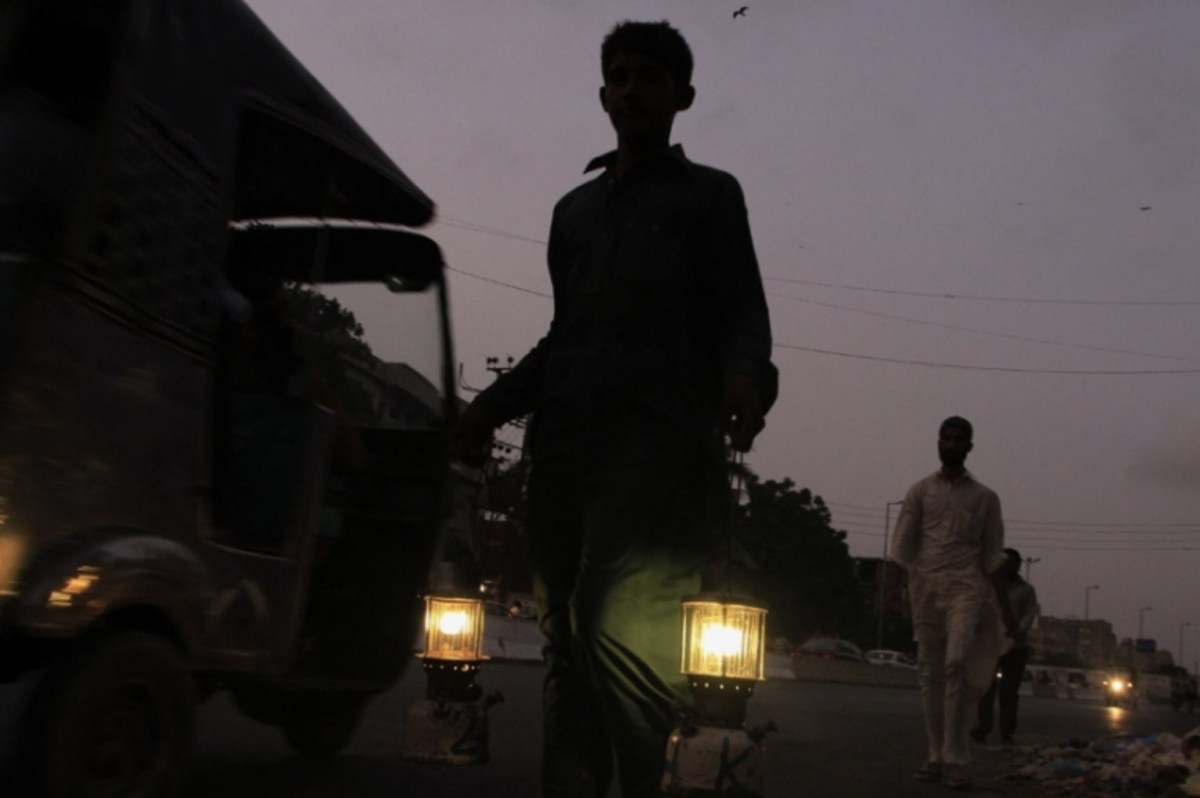 A nationwide power outage on January 10 in Pakistan came at a dark financial moment for its indebted and corrupted power sector, raising the prospect of more debilitating blackouts on the near-term horizon.

While Pakistan has recently launched a power sector building spree with the financial support of China, a US$30 billion component of the two sides’ China-Pakistan Economic Corridor (CPEC), the drive has been hounded by corruption allegations that have stunted progress and contributed to the current crisis.

A cabinet team nominated by Khan is currently negotiating with Independent Power Producers (IPPs) whose receivables from government entities stood at 1.15 trillion rupees ($7.2 billion) as of June 2020. The government owes them an additional 600 billion rupees ($3.75 billion) for electricity produced and transmitted to the national grid.

The IPPs are now demanding payment of no less than 200 billion rupees ($1.25 billion) out of their total receivables owed. As most IPPs face serious financial crunches, the country could face rolling national power outages if they are not paid, analysts say.

The government is trying to coax IPPs to revise their original Power Purchase Agreements (PPAs), signed back in 1994, to save the government 836 billion rupees ($5.2 billion) on electricity costs over the next 10-12 years. However, the IPPs established under the Power Policy of 2015, which included Chinese IPPs, have not yet been approached to revise their PPAs.

Special Assistant to Prime Minister on Power Tabish Gohar claimed last week in a TV interview that if IPPs cut down their purchase prices, the country would accrue a net benefit of 10 trillion rupees ($62.5 billion) over the next 25 to 30 years.

In the same breath, the advisor conceded that this sought massive financial relief would only materialize if and when a similar understanding can be reached with the rest of the power producers, including Chinese IPPs under the CPEC.

“The government has signed Memorandum of Understandings (MoUs) with only 53 IPPs, which will yield a dividend of 836 billion rupees ($5.2 billion) in the next 10 to 12 years,” Gohar said.

A Pakistan Tehreek-e-Insaf (PTI) senator and renowned industrialist Nauman Wazir Khattak told Asia Times that the total impact of the government agreement with the IPPs would not be more than 35 Paisa (about one-third of a Pakistani rupee) per electricity unit, which he said would be negligible relief for consumers.

Regarding the misconduct of IPPs, he added that the IPPs intentionally misled the National Electric Power Regulatory Authority (NARPA) on exaggerated input and overhead costs to get a higher percentage of tariffs.

“Instead of settling on a minuscule relief, the government should have instituted criminal cases against them for deceiving the regulator,” he opined.

He said that if IPPs signed agreements and got their outstanding dues cleared, they would be legally protected from past transgressions. “It is high time to force the IPPs to pay for billions they illegally pocketed,” he said.

In August last year, the government inked MoUs with a group of IPPs committing a 50% payment against their total outstanding dues, provided they lower their power purchase rates and provide relief worth 836 billion rupees ($5.2 billion) to consumers.

Later, the government reneged on the terms of MoUs and devised a new payment plan offering to pay 450 billion rupees ($2.8 billion) in three equal installments from February to December.

The government believes it has leverage to negotiate. NEPRA, in its State of the Industry Report for 2019, underlined the impacts of “excess payments” made to IPPs and said that the distress in the power sector was caused by flawed agreements executed with IPPs.

Half of the CPEC’s funds, or over $30 billion, are earmarked for the energy sector. Several Chinese IPPs have been involved in the construction of as many as 27 power plants in Pakistan with a total installed capacity of 12,000 MW under the CPEC program.

Those include 14 coal-fired units, six wind power, six hydropower and one solar energy project that have either been operationalized or would start generation over the next few years. Out of these power plants, 16 are in Sindh, four in Punjab, two in Balochistan, one in Khyber Pakhtunkhwa, two in Pakistan’s Kashmir and two in Gilgit-Baltistan.

Analysts, however, have questioned the viability of these energy projects, primarily because most of the Chinese investments focused on power generation and ignored the distribution of power, which is clearly in a shambles judging by the recent blackout.

“We have at present a capacity of 38,000 MW in the country but our total demand for electricity in the winter months does not exceed 7,000 to 10,000 MW. The IPPs are running under capacity but get full capacity payment from the exchequer. There was a 10,700 MW load on the transmission lines when a massive power shutdown hit the country,” Khattak revealed.

Last April, a nine-member committee headed by Muhammad Ali, a former chairperson of the Security and Exchange Commission of Pakistan (SECP), made startling revelations about widespread malpractice in the power sector.

The fact-finding committee presented a 296-page report to Prime Minister Khan, which lifted the lid on the extent of IPP corruption, including among Chinese units installed under a government-to-government arrangement for CPEC-related operation.

The report revealed that most of the IPPs, including those set up under the CPEC arrangement, had defied the government policy and made 50 to 70% profits, as against the 15% maximum determined by the regulatory authority with dollar indexation.

Several IPPs had an investment payback period of two to four years and made profits as high as 10 to 20 times more than their initial investment. The report says 16 IPPs invested a combined capital of 51 to 80 billion rupees ($318.75 to $500 million) and earned profits of over 415 billion rupees ($2.6 billion).

The report traced 100 billion rupees ($625 million) in annual over-payment to the IPPs and discussed the magnitude of illegal “profiteering” of Chinese energy companies.

It disclosed that Huaneng Shandong Ruyi Energy (HSR), which set up the 1,320 MW Sahiwal Coal Power Project in Punjab and the Port Qasim Electric Power Company Limited (PQEPCL), had inflated their set-up costs. Both companies were valued at $3.8 billion at the time of launching. The Committee found over­payments of 483.64 billion rupees ($3 billion) to these companies during the last three years.

With an inadequate capacity and rundown transmission system, Pakistan has suffered large and frequent blackouts for decades. At the heart of the recurring blackouts lies an “intercorporate debt” or “circular debt” problem, which is eating into the capacity of the power-purchasing agency to make timely payments to generators.

As defined by the Economic Coordination Committee (ECC) of the cabinet in 2014, circular debt is the amount of cash shortfall that hampers the ability of the Central Power Purchasing Agency (CPPA) to pay to power supply companies.

The government’s failure to contain circular debt had cost the country over 4 trillion rupees ($25 billion) over the past 13 years, with an annual loss of 370 billion rupees ($2.32 billion), government data shows.

Transmission and distribution losses, overdue payments, and theft and pilferage of electricity also power up the debts that threaten to keep the lights out in Pakistan.