Border incidents with China will continue till boundary agreement is reached: Army chief 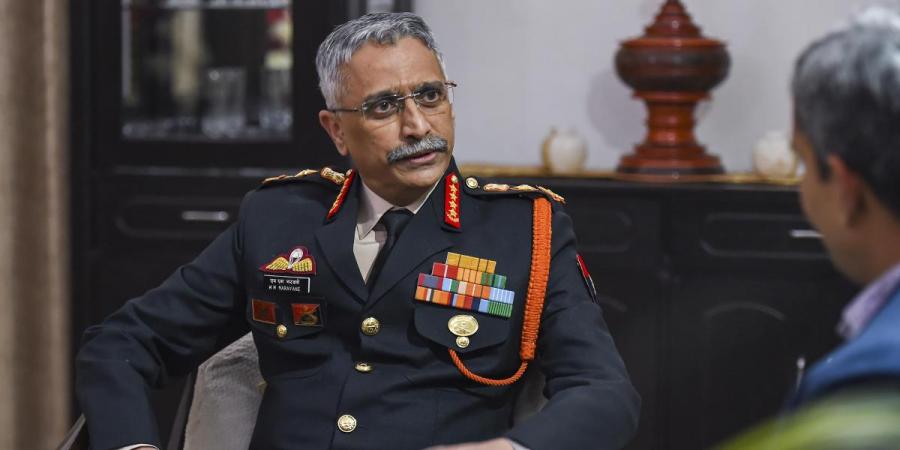 Border incidents between India and China will continue to occur till a boundary agreement is reached between the two countries, Army Chief General M M Naravane said on Thursday.

Recent developments in Afghanistan “have definitely been the focus” of the Indian Army that continues to evaluate threat perceptions and formulate strategies accordingly, the Army chief added while addressing a gathering at the PHD Chamber of Commerce and Industry.

Discussing China, he said, “… we have an outstanding border issue. We are again well prepared to meet any misadventure that may occur as we have demonstrated in the past.”

“Such kinds of incidents will continue to occur till such time that a long-term solution is reached, and that is to have a boundary agreement. And that should be the thrust of our efforts so that we have lasting peace along the northern (China) border,” he stated during the annual session meeting of the industry body.

Referring to Afghanistan, he said the Indian Army “or the armed forces for that matter continue to carry out periodic evaluation of threat perceptions”.

Based on those evaluations, the Indian Army formulates strategies and doctrines that are needed to meet future threats, he noted.

“This is a continuous process that never stops,”” he added.

Kabul fell to the Taliban on August 15. Expressing its concerns about the Taliban takeover of Afghanistan, India had on September 20 had said the country’s territory should not be used for sheltering, training, planning or financing terrorist acts.

As far as the terrorist threat is concerned, the Indian Army is ready to meet all challenges, Naravane said.

“We have a very dynamic counterinsurgency and counterterrorist grid in Jammu and Kashmir. It is a dynamic grid and it is based on threat perception and the escalating levels of attempts by our western neighbour (Pakistan) to push in more and more terrorists,” he said.

Based on ups and downs, we also recalibrate our levels of operations, he added.

The current border standoff between the Indian and Chinese armies erupted in May last year following a violent clash in the Pangong lake area. Both sides gradually enhanced their deployment by rushing in tens of thousands of soldiers as well as heavy weaponry.

The row escalated after the Galwan Valley clashes on June 15 last year. Twenty Indian Army personnel laid down their lives in the clashes that marked the most serious military conflicts between the two sides in decades.

In February 2021, China officially acknowledged that five Chinese military officers and soldiers were killed in the clashes with the Indian Army though it is widely believed that the death toll was higher.

As a result of a series of military and diplomatic talks, the two sides completed the disengagement process in Gogra area last month.

In February, the two sides completed the withdrawal of troops and weapons from the north and south banks of the Pangong lake in line with an agreement on disengagement.

Each side currently has around 50,000 to 60,000 troops along the LAC (Line of Actual Control) in the sensitive sector.

In 2017, Indian and Chinese troops were engaged in a 73-day stand-off in Doklam tri-junction which even triggered fears of a war between the two nuclear-armed neighbours.