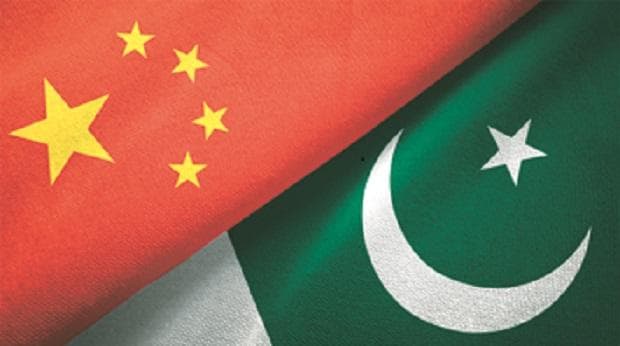 Pakistan has said that China agreed to roll over USD 4.2 billion debt that was maturing this week, providing a major financial relief to the cash-strapped country.

The USD 2 billion loan by China’s State Administration of Foreign Exchange (SAFE) has been rolled over, The Express Tribune quoted Finance Minister Shaukat Tarin as saying.

Pakistan had made repeated requests to Beijing to rollover the debt and the latest request was made last week to the top Chinese leadership, according to the ministry officials.

Beijing had given a commitment to the International Monetary Fund (IMF) in 2019 to rollover its debt until the Fund programme expires.

During the visit of Prime Minister Imran Khan, Pakistan had sought USD 4 billion rollover of SAFE deposits loans that were maturing in the next few months.

Pakistan had requested a total USD 21 billion lifeline that included a total USD 10.7 billion rollover of both commercial and safe deposits.

These included rollover of SAFE deposits of USD 4 billion and commercial loans of USD 6.7 billion upon maturity.

Pakistan has only USD 15.8 billion foreign exchange reserves as of last week and its currency is fast depreciating. The rupee fell to the lowest ever level of Rs 181.75 to a USD on Tuesday.

Pakistan had also requested to increase the size of the currency swap facility from USD 4.5 billion to USD 10 billion – an additional borrowing of USD 5.5 billion.

The Currency Swap Agreement is a Chinese trade finance facility that Pakistan has been using since 2011 to repay foreign debt and keep its gross foreign currency reserves at comfortable levels instead for trade-related purposes.

The benefit of this arrangement is that the additional Chinese loan will not reflect on the books of the federal government and will not be treated as part of Pakistan’s external public debt.

Pakistan had paid Rs 26.1 billion interest on the outstanding balance at agreed rates.

Last month, the IMF said that Pakistan owes USD 18.4 billion or one-fifth of its external public debt to China, which is not only USD 4 billion higher than the officially reported figures but is also the highest lending by any single country or financial institution.

The IMF has made the USD 4 billion loan given by China to stabilise the foreign exchange reserves part of the external public debt as of June 2021. Out of this, USD 2 billion has matured but was extended further due to Pakistan’s thin financial position.

The amount of USD 18.4 billion is equal to 20 per cent of the external public debt reported by the IMF. It is also the highest amount given by any country or an institution.

The World Bank’s outstanding debt towards Pakistan was USD 18.4 billion by the end of the last fiscal year.

The western countries and the international financial institutions have been closely watching Pakistan’s financial relations with China, particularly after the China-Pakistan Economic Corridor.

The money that Pakistan now needs to pay for foreign loans and the cost of imports is also shown at the higher end of USD 30.4 billion by the IMF in its latest report.

According to the IMF, Pakistan’s gross external financing requirements are estimated at USD 30 billion for the current fiscal year that will increase to USD 35 billion in the next fiscal year.

Pakistan largely bridges its external financing gap by taking foreign loans, as the share of foreign direct investment is estimated at only USD 2.6 billion for the current fiscal year.

The delay in closing a deal with the IMF under the 7th Review of USD 6 billion programme could increase the cost of borrowing for Pakistan besides pushing back budget support loans by the international lenders, reported The Express Tribune.