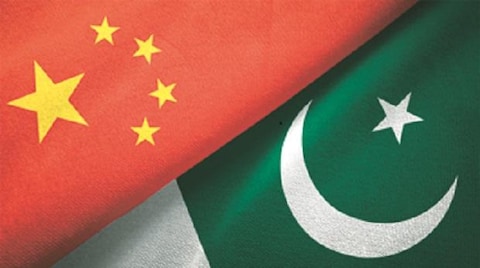 China has once again come to the rescue of cash-strapped Pakistan as Finance Minister Miftah Ismail said on Thursday that the Chinese banks have agreed to refinance his country with $2.3 billion worth of funds which will “shore up Pakistan’s foreign exchange reserves.”

“The terms and conditions for refinancing of RMB 15 billion deposit by Chinese banks (about $2.3 billion) have been agreed,” Finance Minister Miftah Ismail tweeted.

“Inflow is expected shortly after some routine approvals from both sides. This will help shore up our foreign exchange reserves,” he added.

Pakistan’s foreign exchange reserves are under severe stress and declined by $190 million to $10.308 billion during the week ended on May 6, according to the State Bank of Pakistan (SBP).

The country is heavily dependent on foreign loans but they are not easy to come by. The Ministry of Economic Affairs data earlier this month showed that Pakistan received only $248 million in foreign loans in April, including $100 million worth of oil on deferred payments from Saudi Arabia.

Pakistan is looking towards the International Monetary Fund (IMF) to restore a $6 billion package agreed upon in 2019. So far half of the promised money had been given. Pakistan would immediately get a $1 billion loan tranche from the IMF once the two sides sort out their differences.

With the economy in tatters and political instability looming large due to protests by former prime minister Imran Khan, there is an increasing threat of Pakistan going the Sri Lankan way if quick measures are not taken.

Before he was ousted, Khan had requested Chinese Premier Li Keqiang to further refinance the RMB 15 billion loan that was extended to the country three years ago for another three years on existing terms and conditions.

According to official sources, the country would have to pay $20-21 billion in the next fiscal year starting from July 1. It would also need another about $15 billion to meet the trade deficit.