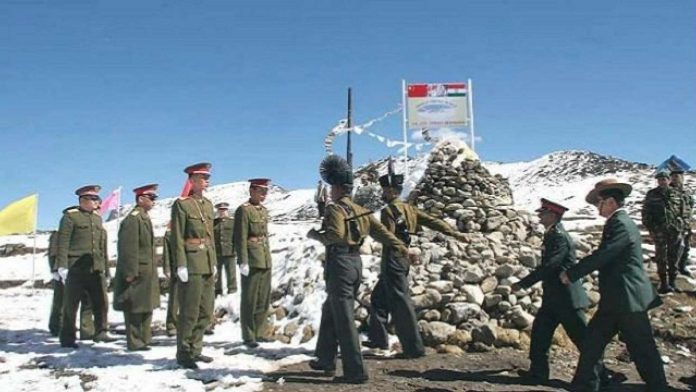 China has been building up troops along the 240-km stretch of the Line of Actual Control adjoining Kinnaur and Lahaul and Spiti districts of Himachal Pradesh over the past year besides accelerating the construction of roads, bridges and helipads in the area, a report prepared by Himachal Pradesh police has said.

In the report, addressed to state governor Rajendra Arlekar, the police have cited the troop buildup and rapid construction of infrastructure along nine passes on the LAC in the two remote districts. HT has a copy of the presentation made by HP police to the Governor. “During the past year, China has increased the presence of People’s Liberation Army (PLA) and improved its infrastructure and surveillance capability along the border with Himachal Pradesh,” state director general of police Sanjay Kundu said in Shimla on Friday.

Kinnaur and Lahaul and Spiti districts share a 240-km boundary with China. This comprises an 80km stretch in Chumar in Lahaul and Spiti and 160km from Daroti to Mumri Dogri in Kinnaur district.

India and China have hardened their stance on the Line of Actual Control (LAC) in eastern Ladakh, going by increased military activities on both sides of the boundary, infrastructure development, surveillance and combat manoeuvres by their armies in the midst of the ongoing border standoff in the sensitive sector, HT reported on November 8, four weeks after military talks to cool Ladakh tensions reached an impasse. Military talks are unlikely to result in a breakthrough and only higher intervention can show the way to resolving the 18-month-old border crisis, that report added.

The state police report said China is building a new road in Churup from the north bank of the Pareechu river to the new hinterland. It has stepped up construction in the border villages of Shaktot, Churup and Dunmur.

China has set up new posts equipped with high-quality surveillance equipment besides new buildings in Churup village, the report based on inputs from local police patrolling units added.

The PLA has accelerated construction between Manja and Shangrangla around its permanent base at Rando village near Lapcha Pass. The movement of heavy machinery and vehicles has been reported in this area, the report said.

It added the Chinese army is building accommodation for military personnel in the Lapcha Pass area, which was traditionally used for travel by Tibetan people and local traders. The report also mentioned that China has stocked up construction material at Kyuk village and built new barracks for troops in the Lapshak region.