China closely tracking debris of its most powerful rocket 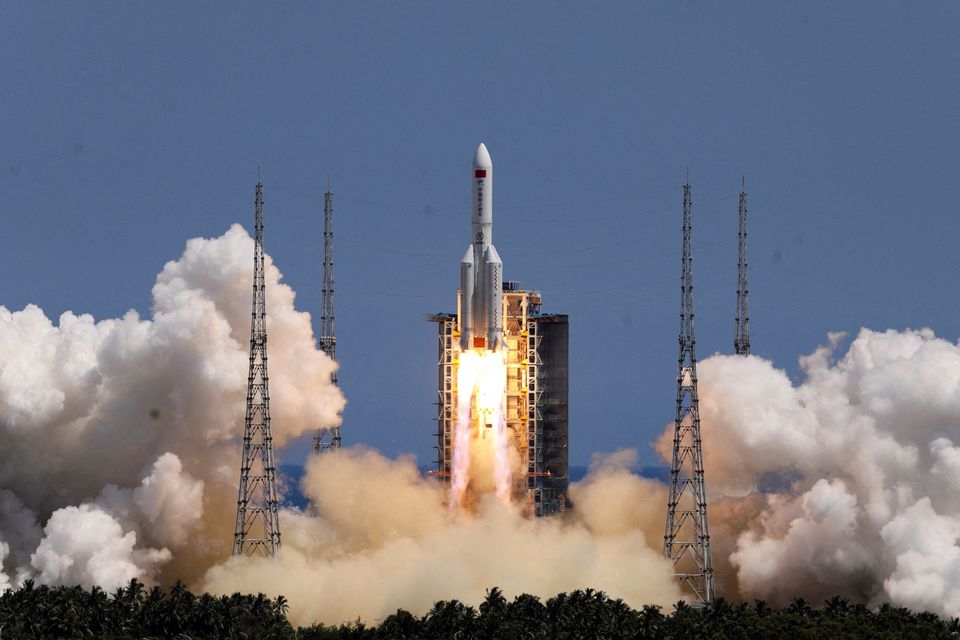 Remnants of a large, newly launched Chinese rocket are expected to streak back through the atmosphere this coming weekend in an uncontrolled re-entry the Beijing government said on Wednesday would be closely tracked but poses little risk to anyone on the ground.

The Long March 5B rocket blasted off Sunday to deliver a laboratory module to the new Chinese space station under construction in orbit, marking the third flight of China’s most powerful rocket since its maiden launch in 2020

As occurred during its first two flights, the rocket’s entire main-core stage – which is 100 feet (30 metres) long and weighs 22 tons (about 48,500 lb) – has already reached low orbit and is expected to tumble back toward Earth once atmospheric friction drags it downward, according to American experts.

Ultimately, the rocket body will disintegrate as it plunges through the atmosphere but is large enough that numerous chunks will likely survive a fiery re-entry to rain debris over an area some 2,000 km (1,240 miles) long by about 70 km (44 miles) wide, independent U.S.-based analysts said on Wednesday.