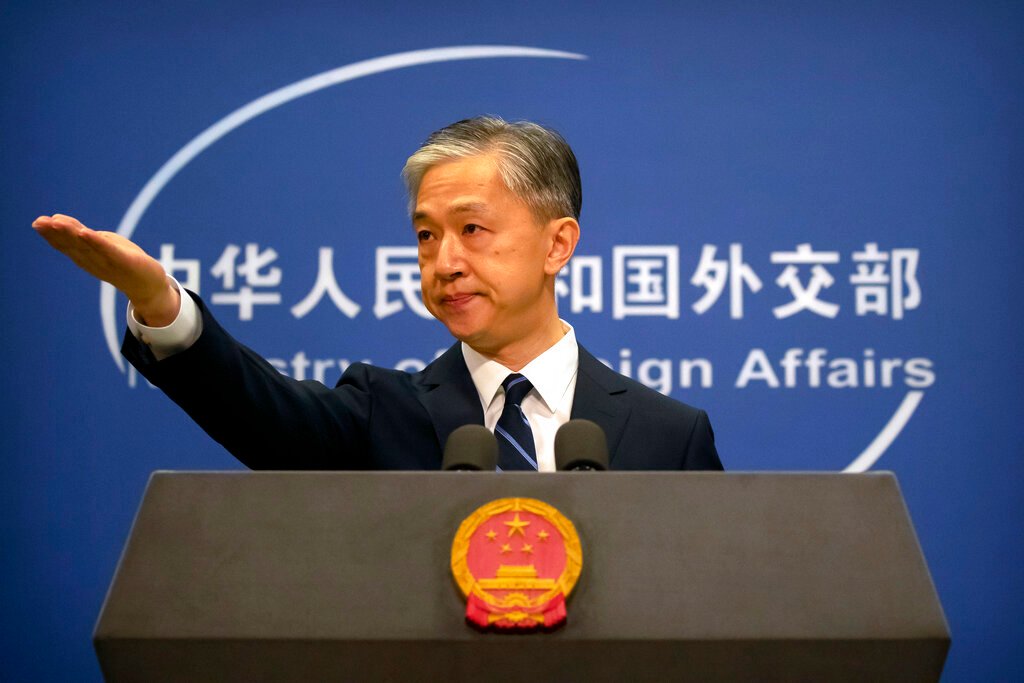 The Chinese foreign ministry on Thursday dismissed concerns over the safety of Lithuanian diplomats stationed in Beijing, a day after the Baltic country’s diplomatic corps and dependents left China over “uncertainty” of their situation.

Wang also denied that the Chinese government had forbidden the Chinese staff at the Lithuanian representative office from working.

Lithuanian authorities said on Wednesday they had summoned their top diplomat back from China for “consultations” and that the embassy would operate remotely for the time being.

A statement on the website of the Lithuanian foreign ministry, the country’s charge d’affaires ad interim in China, Audra Ciapiene, returns to Vilnius for consultations.”

In all, 19 people, including diplomats and dependents, left Beijing on Wednesday.

A diplomatic source told Reuters that they left due to “safety considerations” in response to “intimidation”.

He responded to a question about the reports of Lithuanian diplomats facing pressure in China, saying, “Uncertainty creates various possible interpretations.”

“The Lithuanian side also never raised the issue of personal safety to China,” Wang said at the regular ministry briefing on Thursday.

“If the Lithuanian side does not face reality, if it does not reflect and correct mistakes but instead shirks its own responsibility, then it will only challenge bilateral relations even more,” Wang added.

The ultimate damage will be to Lithuania itself, Wang said.

In November, China downgraded its diplomatic ties with Lithuania, expressing strong dissatisfaction after Taiwan, which Beijing claims as a breakaway region, opened a de facto embassy in capital Vilnius.

China views Taiwan, a self-ruled democracy, as its territory and opposes Taiwan having diplomatic ties with a third country.