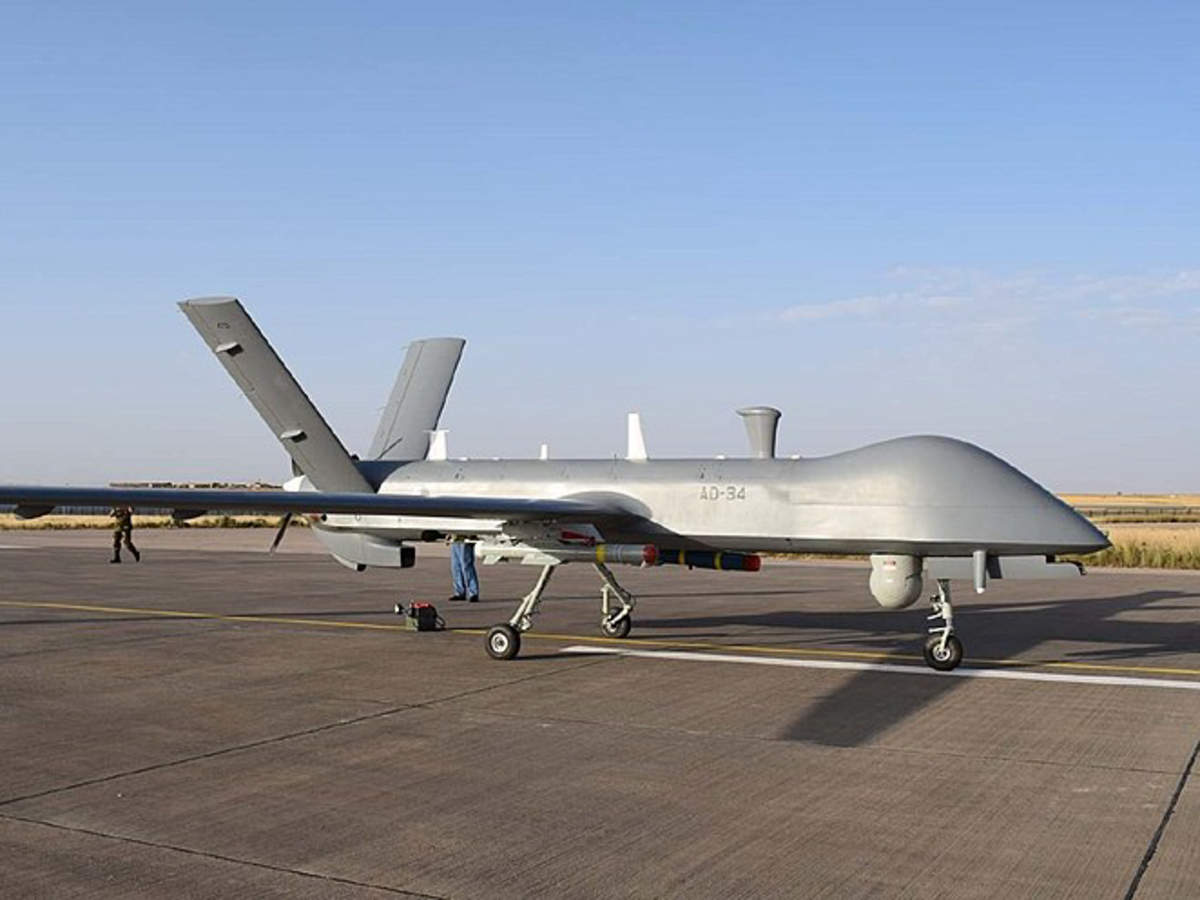 China reportedly activated one of its Soar Dragon large spy drones to keep tabs on a U.S. Navy cruiser that sailed through the Taiwan Strait in late July 2019.

The Ticonderoga-class cruiser USS Antietam transited the Taiwan Strait on July 24, 2019 as a show of force. In addition to the Soar Eagle, Beijing sortied J-11 fighters 10 times during Antietam’s nine-hour transit, according to Taiwan’s Up Media.

The Chinese pilots reportedly issued a radio warning to one of Antietam’s MH-60R helicopters as the rotorcraft was flying along the west side of the strait, air space about which China is particularly sensitive.

With a wingspan measuring around 80 feet and an endurance of perhaps 10 hours, the subsonic Soar Eagle is China’s answer to the U.S. military’s own Global Hawk surveillance drone. The unmanned aerial vehicle also is known by its Chinese name Xianglong.

The Global Hawk, which the U.S. Air Force and Navy operate in separate variants, can surveil hundreds of thousands of square miles of ocean on a single mission, detecting and tracking ships among other potential targets.

China has deployed Soar Eagles in three strategic regions, according to Offiziere, a military news website. Most recently, the large drone appeared at an airbase in Jilin province, near China’s borders with Russia and China.

Yishuntun is the third operational location of the multirole UAV after Shigatse in the Tibet Autonomous Region (near the Indo-China Doklam dispute) and Lingshui on Hainan island (near the South China Sea).

In total, seven Soar Dragon have been observed at the three locations: three at Shigatse, two at Lingshui and now two at Yishuntun. The first deployment to Tibet occurred eight months after China Daily announced that deliveries to the PLA were expected “soon.”

Since early 2016, Yishuntun has been undergoing maintenance and expansion. Imagery shows a newly paved and lengthened runway (now 2,800 meters in length), an additional link taxi-way, expanded parking aprons and three new equipment hardstands. Immediately to the west, we also noticed an expanded rail transfer point and to the northeast, an expanded garrison.

Yishuntun is approximately 200 miles (about 320 km) from the [North Korean] border. The Xianglong could still be observed at the airfield on commercial imagery in March 2018.

While America’s Global Hawk first flew in the 1990s and entered front-line service on an emergency basis immediately following the 9/11 terror attacks, China has only recently begun flying Soar Dragons on operational missions.

Engines are one thing holding back China’s drone force. Chinese industry has struggled to develop reliable, military-grade engines not just for UAVs, but for fighters and helicopters, as well.

“Another obstacle probably is real-time, on-time delivery of precision photo imagery,” observed Arthur Ding, an analyst based in Taiwan. The Pentagon possesses scores of communications satellites for linking drones, ground troops and imagery analysts; China has just a handful of similar spacecraft. The same communication problem also could inhibit the PLA’s ability to control its UAVs.

China’s biggest shortfall is probably not a matter of hardware. It takes nearly 200 skilled pilots, maintainers and analysts to support a single sortie by a high-end UAV. “There’s nothing unmanned about them,” former U.S. Air Force intel chief Lt. Gen. Dave Deptula said of high-end drones such as Global Hawk.

After nearly two decades of war, the Pentagon employs tens of thousands of experienced robot-handlers. It could take many years for China to build up similar human capital.