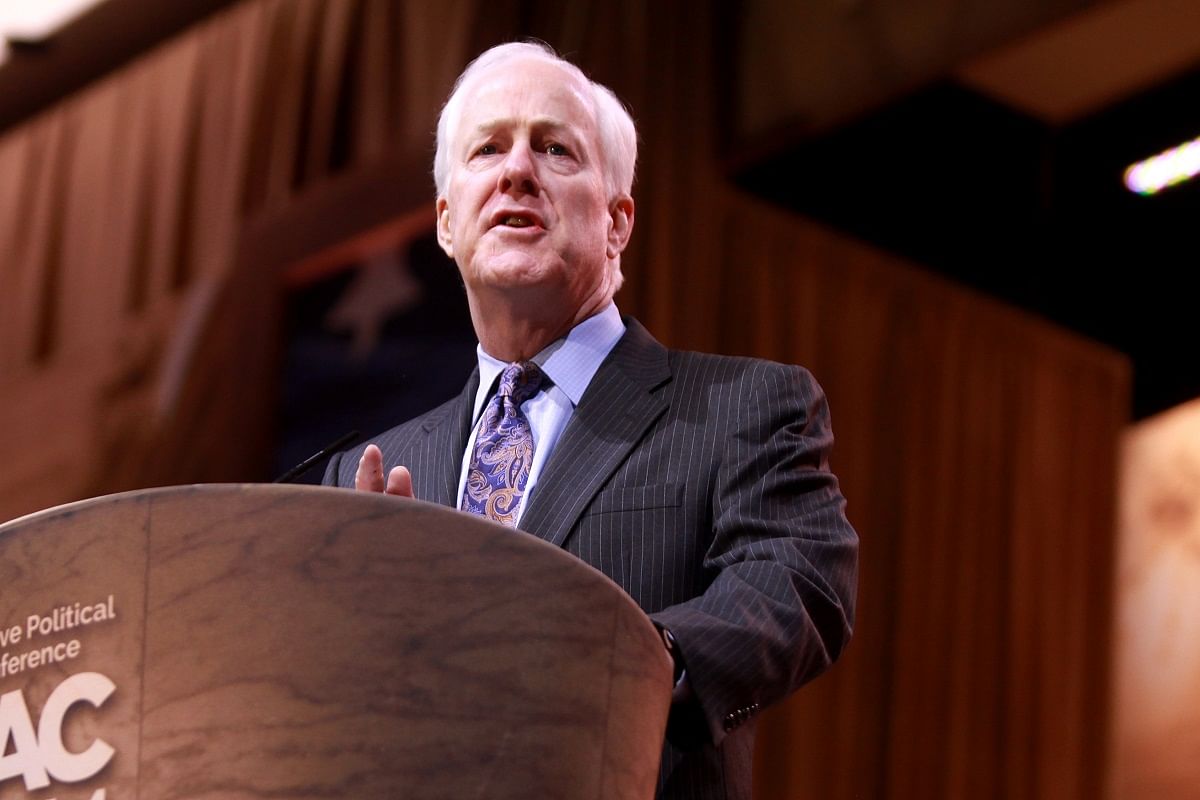 China is engaged in a “border war” with India and is posing a grave threat to its neighbours, top Republican lawmaker John Cornyn has told the US Senate, giving details of his visit to New Delhi and Southeast Asia to understand the challenges faced by countries in the region.

Senator John Cornyn, who is also the India Caucus Co-Chair, and his Congressional colleagues have just returned from a visit to India and Southeast Asia to get firsthand experience of the challenges being posed by China.

The most urgent and grave threats are against countries closer to China’s borders, Cornyn told members of the Senate on Tuesday.

Last week, I had the chance to lead a congressional delegation visiting Southeast Asia to gain a better understanding of the threats and challenges in the region, he said.

It (China) threatens freedom of navigation in international waters, and it’s guilty of gross human rights abuses against its own people, namely the Muslim minority Uyghurs. It’s engaged in a border war with India and it threatens to invade the Republic of China, otherwise known as Taiwan, Cornyn said.

Cornyn said that they travelled to India where “we met with Prime Minister (Narendra) Modi and Cabinet officials to discuss threats posed by China as well as other shared priorities.

The border standoff between the Indian and Chinese militaries erupted on May 5 last year following a violent clash in the Pangong lake areas and both sides gradually enhanced their deployment by rushing in tens of thousands of soldiers as well as heavy weaponry.

As a result of a series of military and diplomatic talks, the two sides completed the disengagement process in the Gogra area in August and in the north and south banks of the Pangong lake in February.

However, India and China failed to make any headway at their 13th round of military talks on October 10 in resolving the standoff in the remaining friction points in eastern Ladakh.

In the Philippines, he said, they caught a ride on a navy aircraft in disputed waters.

Within minutes of leaving Philippine airspace, they spotted a Chinese spy ship engaged in intelligence-gathering operations off the Philippine coast.

Cornyn said that during the visit, “one of the main topics was the timetable for a Chinese invasion of Taiwan.”

“In every way possible, Taiwan is a stark contrast to the People’s Republic of China. It’s a true democracy, with elections whose results are not predetermined. It’s a free-market economy that adheres to the rule of law, and it shares the same basic values we embrace in the United States — freedom of speech, freedom of press, religion, and assembly, he said.

During the trip, Cornyn said he and his colleagues had the opportunity to hear from the military leadership and key foreign partners in the region and gain a better understanding of ongoing and anticipated security threats mainly from China.

China has already co-opted a formerly democratic Hong Kong; that’s building missile batteries and aircraft runways for its bombers on artificial islands in the South China Sea, he said.

Beijing claims almost all of the 1.3 million square mile South China Sea, through which trillions of dollars of international trade pass each year. China has been building military bases on artificial islands in the region also claimed by Brunei, Malaysia, the Philippines, Taiwan and Vietnam.

China has impeded commercial activity like fishing or mineral exploration by countries like Vietnam and the Philippines, claiming that the ownership of territory belonged to China for hundreds of years.

Over the last five years China has rapidly built artificial islands housing significant military infrastructure on what had been low-lying reefs. The United States has criticised China for militarising the islands by constructing long runways used by jet fighters and deploying anti-aircraft missiles.

The US insists that freedom of navigation has to be maintained in the South China Sea and has been sending military flights, naval patrols a