China exports warship to Pak., to be deployed in Indian Ocean 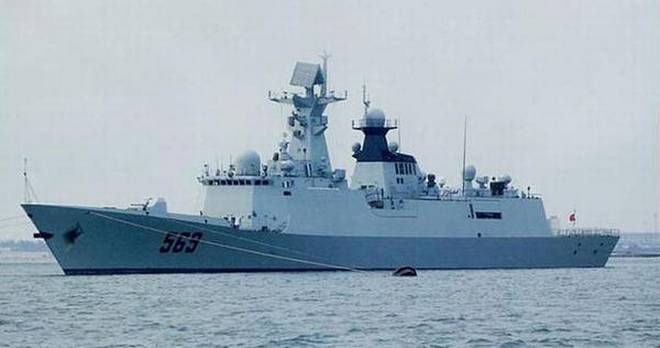 China on Monday delivered to Pakistan’s Navy what its official media described as the “most advanced” Chinese warship ever exported, which is to be deployed by Pakistan in the Indian Ocean.

The delivery of the Type 054A frigate is the latest example of increasingly close military cooperation, which many Chinese and Pakistani analysts see as aimed at bolstering Pakistani capabilities in an effort to balance India in the region.

Pakistan’s envoy to China, Moin Ul Haque, told the Communist Party-run newspaper Global Times on Tuesday that the commissioning of the frigate “in the context of the overall security paradigm of the region” would “strengthen Pakistan Navy’s capabilities to respond to maritime challenges to ensure seaward defence, maintain peace, stability and balance of power in the Indian Ocean region”.

The newspaper quoted the China State Shipbuilding Corporation (CSSC), which designed and built the frigate, as saying the warship was delivered to the Pakistan Navy in a commissioning ceremony in Shanghai.