China expresses its willingness to consider facilitating return of Indian students on need assessed basis, no timeline yet 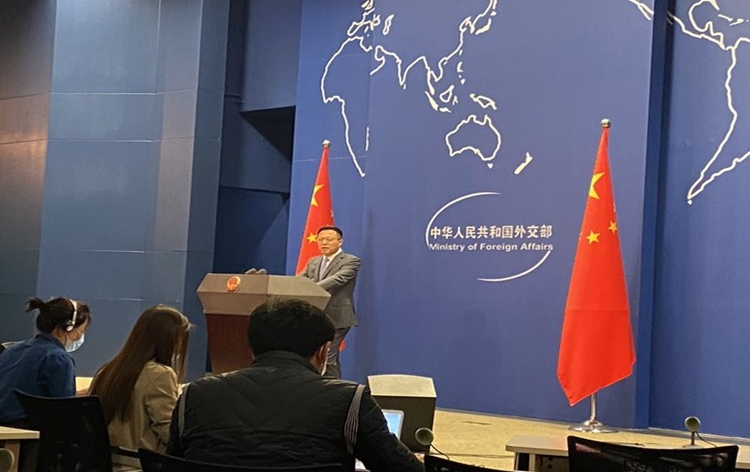 China has said that it is ready to permit the return of “some” Indian students stranded in India for over two years following the visa and flight restrictions imposed by Beijing due to the COVID-19 pandemic.

However, he has not given any timeline for their return. He said the Chinese embassy in India and existing channels will work to facilitate and offer convenience to the students.

Over 20,000 Indian students could not return to China due to the restrictions imposed by the Chinese government to arrest the spread of the virus. Since then, they made desperate attempts to return to China to re-join their classes but had to resort to online classes as Beijing cancelled all flights and visas for Indians.

Besides the students, hundreds of families of Indians working in China too were stuck back home in view of China cancelling visas and flights from India.

The Indian Embassy in Beijing has also issued a press statement seeking the details of the students intending to return.

AIR correspondent reports It’s positive news for more than 20000 Indian students who have been waiting for their return to China for the last two years. After External Affairs minister Dr. S Jaishankar’s meeting with the Chinese foreign minister in New Delhi last month and persistent follow-up by the Indian embassy in Beijing, the Chinese govt has finally agreed to facilitate the return of Indian students.

However, it may be seen as a show of intent at this moment and students waiting to return may have to wait for some time for their actual return as the Indian embassy will send the list to the Chinese side.

They will verify or approve so a lot of work is still to be done. Apart from this, there are thousands of Indians who have been separated from their families for the last two years and it is yet to be seen when they can return to China to reunite with their families.

Talking exclusively to Prasar Bharati Beijing, many Indian residents in Beijing welcomed the decision and expressed hope that both Chinese and Indian sides can work together to allow their family members to return who have been separated for the last two years