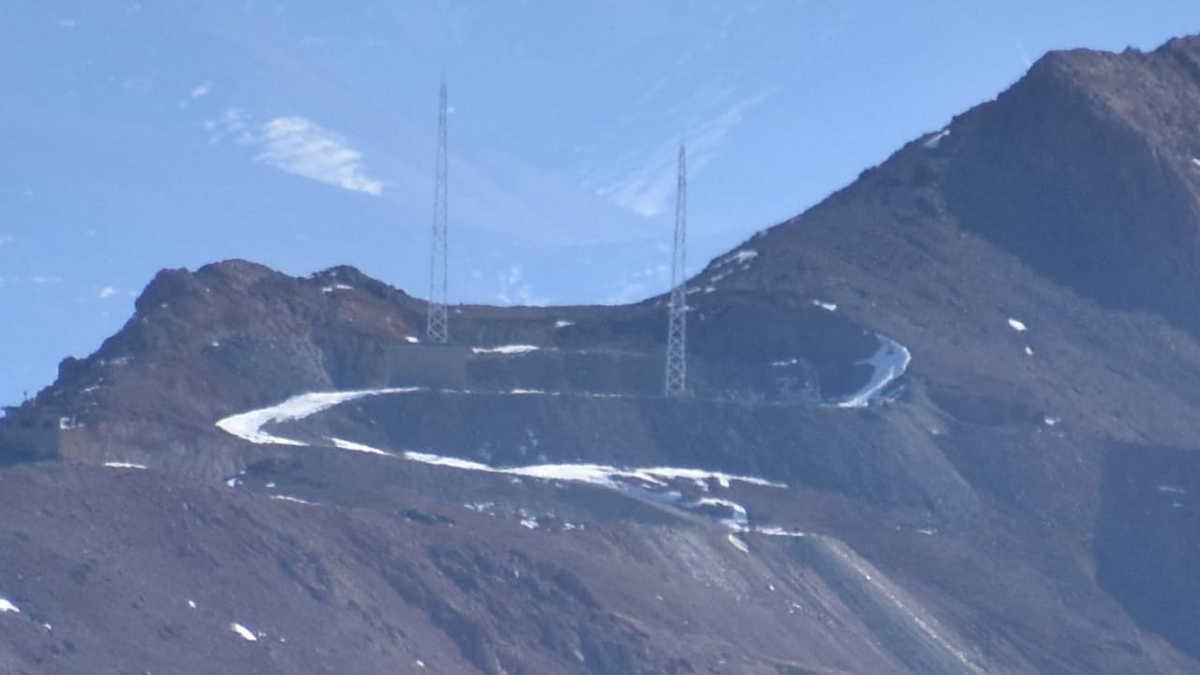 “After completing the bridge over Pangong lake, China has installed 3 mobile towers near China’s hot spring very close to the Indian territory,” Stanzin, who is the councillor from Chushul, said in a tweet. He also shared images of the towers.

Chushul is located in the Durbuk tehsil in the Leh district of Ladakh. The Line of Actual Control is about 8-km east of Chushul.

Expressing concern, Stanzin said that India hasn’t so far installed 4G mobile towers in some of the villages which are populated and located close to the LAC.

“We don’t even have 4G facilities in human habitation villages. 11 villages in my constituency have no 4G facilities,” Stanzin said, adding “we should also install 4G towers on our side”.

Earlier in January, India had strongly objected to China’s illegal construction of a bridge on part of the Pangong Lake in Eastern Ladakh and said that it is monitoring the situation.

Ministry of External Affairs spokesperson Arindam Bagchi had said that the bridge is being constructed in areas that have been under illegal occupation by China for around 60 years now.

The bridge connects the north and south banks of the Pangong Lake, allowing the Chinese People’s Liberation Army quick access to both sides.

India and China have been engaged in the border face-off for around two years now. Although disengagement started last year, the two sides are yet to complete disengagement in all friction areas.