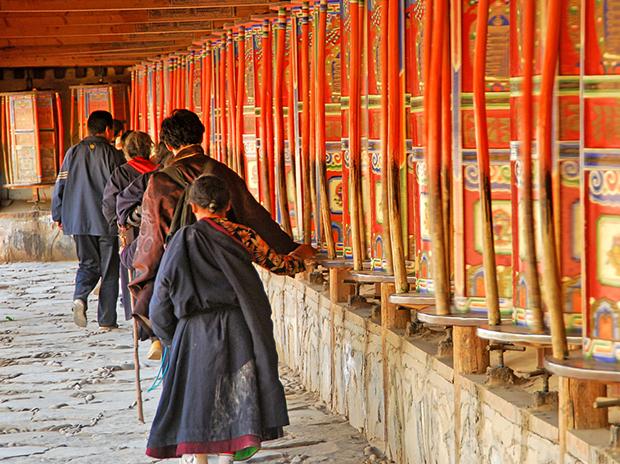 China, which has been accused of imposing restrictions on religious freedom in Tibet, has imposed a ban on religious activities on all party members and cadres in Amdo province in Tibet, according to reports.

A similar ban was reported from Golog prefecture in October where a large number of informers would ensure that no Tibetan party member engaged in religious rituals including “Kora (circumambulation), using rosary, digital prayer beads and other religious objects.”

Tibet. net reported citing “anonymous source” that the Chinese authorities have used severe methods to stop Tibetan officials from engaging in religious activities, including getting rid of their personal religious altars and shrines, Phayul reported.

“Such measures have pressured Tibetan Party members in the region into removing personal Buddhist shrines and altars at their homes against their will,” the source further divulged.

If the party members are found not in compliance with the order, they could face layoffs from government jobs and be deprived of state benefits and subsidies.

According to RFA sources in the region, Chinese authorities have long sought to restrict the size and influence of Tibetan Buddhist monasteries, traditionally a focus of Tibetan cultural and national identity.

The 14th Dalai Lama fled to neighbouring India after the failed uprising against Chinese rule. The Dalai Lama, the supreme Tibetan Buddhist leader, established a government-in-exile in India.