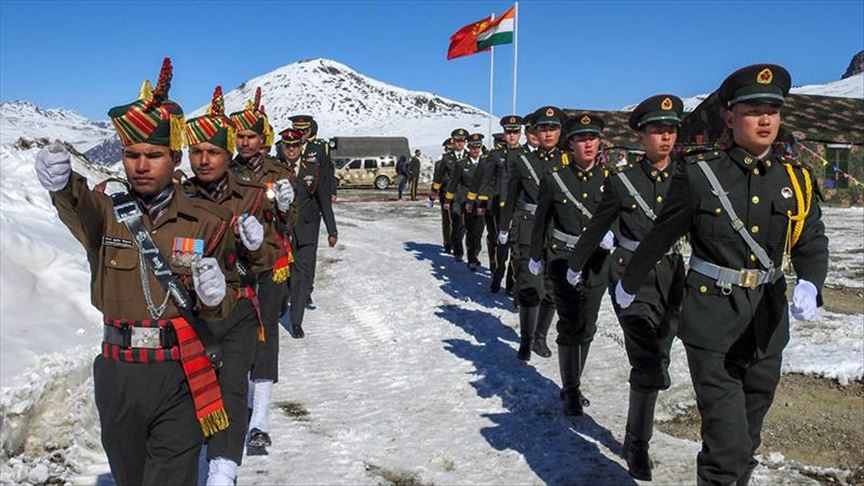 China plans to build a new highway close to its disputed border areas with India, as part of Beijing’s efforts to strengthen its strategic position and project its power, but the move is expected to draw concern from its South Asian neighbour.

The highway, running from Lhunze county in Tibet to Mazha in Xinjiang, is among 345 construction plans proposed in the new national programme, which aims to build a total of 461,000km (286,400 miles) of highway and motorway by 2035, as China seeks to revive its faltering economy and boost consumer spending through infrastructure investment.

Under the plan released last week, the highway known as G695 is expected to run through southern Tibet’s Cona county – which lies immediately north of the disputed India-Tibet border demarcated by the Line of Actual Control (LAC) – Kamba county, host of a noted military camp, and Gyirong county near the border with Nepal.

It will also go through Burang county between Tibet, Nepal and India as well as Zanda county in Ngari prefecture, parts of which are held by India.

Details of the new construction remain unclear, but the highway, when completed, may also go near hotly contested areas such as the Depsang Plains, Galwan Valley and Hot Springs on the LAC.

A military stand-off between China and India was triggered following a clash at the Galwan Valley two years ago that left at least 20 Indian and four Chinese soldiers dead and plunged relations to a low point that persists today.

In the latest round of military talks held on Sunday, the two sides again failed to end the stand-off after over 12 hours of meeting.

In a joint statement released late on Monday, the two militaries said they had agreed to maintain the “security and stability” on the ground in the western sector along the LAC.

“The two sides agreed to stay in close contact and maintain dialogue through military and diplomatic channels and work out a mutually acceptable resolution of the remaining issues at the earliest,” the statement said following the 16th round of talks.

Srikanth Kondapalli, a professor of China studies at Jawaharlal Nehru University in New Delhi, said by building a new road, Beijing was expected to “further enhance [its] logistic build-up” at the border region.

“China intends to control far-flung areas for the swift movement of troops in case of any Soviet type of disintegration, or home-grown insurgency, or outside support,” he said.

China started massive infrastructure construction in Tibet, Xinjiang and other border areas as early as 1980s, even though many were of “less economic value compared to their strategic objectives”, Kondapalli said.

Over the past decade, China has appeared to accelerate such efforts, with a steady push to upgrade some highways close to its border regions.

That includes highway G219, which originally linked Yecheng in Xinjiang to Tibet’s Lhatse. It is now being extended to connect its entire western and southern border from Kom-Kanas Mongolian ethnic township in Xinjiang to Guangxi’s Dongxing, next to Vietnam, through Tibet and Yunnan, including the disputed Aksai Chin.

In 2016, China also started to upgrade G216 highway in Xinjiang and Tibet with a view to linking Hongzhanzui – a transit port in Altay, Xinjiang, at the border with Mongolia – with Gyirong county.

“This is also to prepare for ‘sinicisation’ of Tibet and Xinjiang, and prepare for the 15th Dalai Lama contingencies,” Kondapalli said, referring to the process of choosing the Tibetan spirtual leader’s successor.

“In addition, China also wants to expand outside into South Asia, Southeast Asia and Central Asia through these infrastructure projects.”

Beijing has long believed transport infrastructure is essential not only for economic expansion and poverty alleviation but also for national security.

Kondapalli said the latest infrastructure projects were likely to spark concern from India.

Both Beijing and Delhi have stepped up the building of their own border infrastructure over the past two years among their efforts to improve logistics capabilities along the LAC in the Himalayas.

In March, citing satellite imagery, the Washington-based Centre for Strategic and International Studies said China brought much-needed infrastructure to the disputed regions, including a new bridge over Pangong Lake that it said promised “to support the movement of personnel and goods in one of the most inhospitable environments on the planet”.

Beijing has not confirmed the construction but said it was within China’s sovereignty to “carry out construction activities on its own land”.

“As China began infrastructure projects and as its strategic domination efforts were highlighted, India began entering this race, albeit slowly and late,” Kondapalli said, noting that the country launched 44 border road projects in 2020 alone.

“Railway projects, airfields, fibre optics and others are launched,” he said.