China is an enemy of freedom of thought. It wants the same from other powerful nations 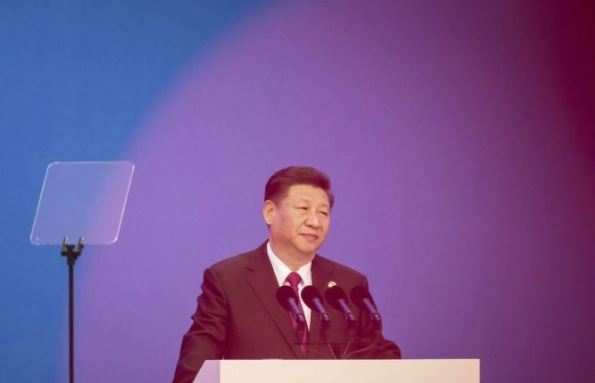 It would be a strategic error of historic proportions to limit the understanding of China’s rise as merely a clash of interests.

There is now an abundance of analysis and commentary around the world on how countries should respond to challenges posed by China. East Asian countries are concerned about China’s aggressive military moves in the South China Sea, across the Taiwan Straits and the Sea of Japan. India is concerned about Chinese moves along the Himalayan border, across the subcontinent and in the Indian Ocean. Western Europe is having a difficult time with China-backed counterparts in Central and Eastern Europe.

The United States, for its part, has recognised that China presents a multi-dimensional strategic challenge to its global superpower status — one that manifests itself in global trade, technology, cyber and geography. What is consistent across all these perceptions of the nature of the Chinese challenges is that they are about competing interests. Territorial ambition, economic dominance, technological supremacy and a desire for hegemony are all classic manifestations of realpolitik — clashes arising from a tussle for greater power.
It would be a strategic error of historic proportions to limit the understanding of China’s rise as merely a clash of interests. It is more than that. The Communist Party of China (CPC) poses the most serious threat ever to the idea that individuals have the freedom of thought, and that this freedom must be protected by national governments, if not by the international community. It is a threat that affects the international system, national governments, markets, civil societies and indeed, every individual on the planet. Why? Because thought control is the penultimate mechanism that the CPC relies on to remain in power, the ultimate being violence.

It is a familiar argument that the CPC projects the legitimacy of its rule as arising from its success at achieving political stability and economic prosperity. The legitimacy narrative is true, but only part of the story. What is less articulated, but no less palpable, is that the CPC’s hold on power rests on its ability to control what the Chinese people say, do and above all, think. That is why control mechanisms remained in place even after Deng Xiaoping’s 1978 reforms, why the Great Firewall of censorship has existed since internet access became available in China, why the Pakistani Prime Minister Imran Khan does not have information about Uyghur Muslims’ persecution in Xinjiang, why universities in China have had to change their mission statements and why the exception that was Hong Kong had to be normalised.

Why should this concern the rest of the world? Because the CPC demands the same of other countries over which it has power. As Australians will testify, Beijing uses a number of instruments to constrain what is acceptable thinking, speech and action. In campuses across the world, a candid discussion of modern Chinese history often invites protests from Chinese student groups, wealthy ethnic-Chinese donors and the local Chinese embassy. The media in many South East Asian countries are often under pressure from their own governments to keep away from offending Beijing.

If China manages to carve out a Sinosphere in cyberspace, where its norms of citizen surveillance and censorship prevail, it would have exported its methods along with its equipment to many countries around the world. The China model will tempt power-hungry authoritarian types and oligarchic business elite around the world. The only loser in all of this is individual liberty.

You don’t have to be China’s enemy

Analysts from the realist tradition in international relations think, like Hans Morgenthau, that ideologies are often “pretexts and false fronts behind which the element of power, inherent in all politics, is concealed.” In a recent essay in Foreign Affairs, Ellbridge Colby and Robert Kaplan argue that “ideology does not lie at the root of the matter between the United States and China—even if elements in China’s Marxist-Leninist elite think it does”, and that the “truth is that the United States can live with a China governed by the CPC—as long as it respects U.S. interests and those of its allies and partners.”

The fact that China’s “ideology” does not fit the same frame as Soviet-style Communism or al-Qaeda-style Islamism does not mean there isn’t one. Explicitly, China has consistently articulated and practised “socialism with Chinese characteristics” and Xi Jinping’s supremacist “China Dream”. Implicitly, it is what Stein Ringen calls “controlocracy” that the world is up against.

So, even if your country does not have a territorial or trade dispute with China, you will not be allowed to host Tibetan religious leaders, your cinemas forbidden from playing certain movies, your officials punished for visiting Taiwan, or your journalists under threat of arrest for writing about Hong Kong. You will be asked to think in ways that are consistent with what the men in Beijing would prefer. As those men grow more powerful, the list of things they prefer could get longer. And your own government will be compelled to constrain your liberty on their behalf.It is thus not sufficient to contest China in the realm of territorial, economic and technological interests. People and governments around the world that value freedom of thought must recognise that it is necessary to fight Chinese controlocracy too.15 Sep 2020/Tuesday                                                          Source:   ThePrint