China Is Playing Hardball with Troubled Debtors. That’s Dangerous for All of Us 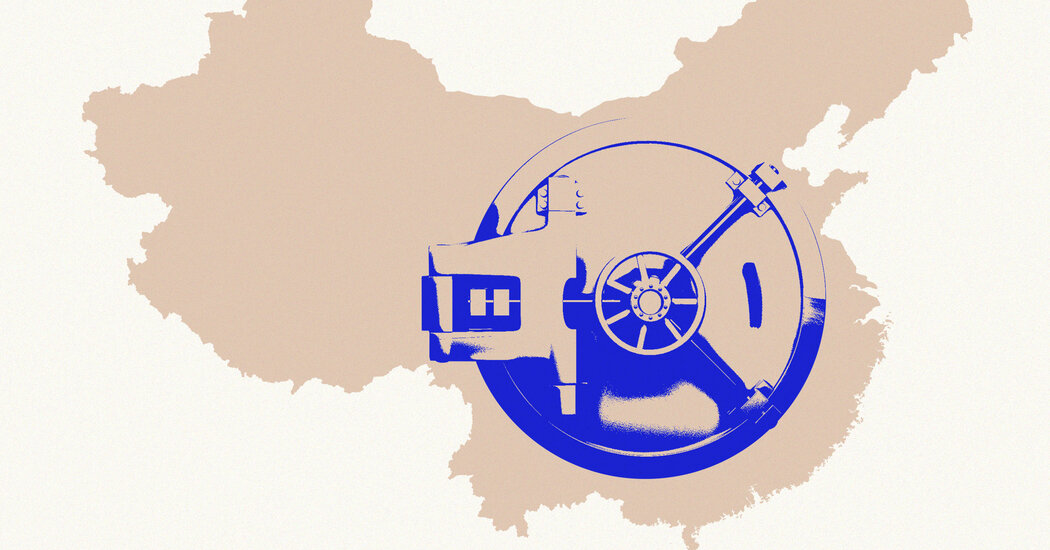 Over the past decade, Chinese banks have lent generously to poor nations for China’s ambitious Belt and Road Initiative, a politically and economically motivated effort to help build ports, rail lines and telecommunications networks abroad. But now that some of those borrowers are having trouble paying what they owe, the Chinese have become far less generous. Their reluctance to accept losses on loans they’ve made is complicating international efforts to provide debt relief to troubled borrowers in Asia, Africa and Latin America.

Here’s why that’s bad for more than just China’s borrowers: If debt relief deals can’t be worked out soon, more countries will default, and defaults are contagious. When one country stops paying, lenders start worrying that others will do the same. So they withhold credit from them or demand super-high interest rates. Lenders’ nervousness causes the very defaults they worried about. Then even financially stronger countries fall under suspicion and topple like dominoes.

Preventing that chain of events from getting started is a high priority for the International Monetary Fund and the Paris Club, the group of 22 creditor nations that coordinates debt relief programs. Old hands learned how it’s done in the Latin American debt crisis of the 1980s and the Asian financial crisis of 1997 and 1998. They’re bringing that experience to bear now that poor nations are being stressed by the Covid-19 pandemic, Russia’s invasion of Ukraine, inflation and rising interest rates.

But China stands apart. It wasn’t an international lender during previous debt crises, so it lacks experience with systemic debt problems (as opposed to single debtors getting in trouble for idiosyncratic reasons). It has declined to join the Paris Club. It didn’t follow best practices in making its loans, keeping loan terms secret and turning a blind eye to corruption.

By offering loans with no strings attached in countries with weak governance, China was able to elbow aside Paris Club lenders. Since its lending surge began around 2008, China has become the biggest bilateral lender to poor and middle-income countries.

But now that some of their borrowers are stumbling, in part because of global economic conditions and in part because some of the loans were imprudent to begin with, Chinese lenders are balking at writing down what they’re owed. In some cases they’re making new loans to help debtors keep current on old ones, according to AidData, a research lab at William & Mary, a public university in Virginia. That’s called “evergreening.”

“This is entirely new to them in terms of simultaneous distress events across a large number of countries,” said Scott Morris, a senior fellow at the Center for Global Development. “They’re struggling mightily at the moment.”

The I.M.F. says that 60 percent of low-income nations and 30 percent of slightly better off “emerging market” nations are in or near debt distress, which it defines as difficulty with making payments on debt. Whether China’s government and its lenders can be persuaded to accept losses on bad loans could be an important factor in whether or not the stress turns into a full-blown international debt crisis.

To date, China is “not really behaving like a true, global, systemic player,” said Daniel Rosen, a partner of the Rhodium Group.

Part of the problem is that China isn’t speaking with one voice. The People’s Bank of China supports some debt relief, recognizing that relentlessly pursuing every dollar, euro or yuan that’s owed is a bad look for a nation that aspires to be a leader of the international community. But ordinary Chinese citizens — who are heeded by the Chinese leadership on this sensitive issue — hate the idea of bailing out foreigners when they themselves are expected to pay back everything they owe.

Leaders of some of the biggest lenders, including the China Development Bank and the Export-Import Bank of China, resist loan write-offs because they are focused on the harm to their own balance sheets. They worry that writing off what one country owes will set a costly precedent. Resistance to taking losses on loans is baked into the system; it’s viewed as a loss of state assets. Write-downs of loans require the approval of the State Council, the government’s chief policymaking authority, said Jeremy Mark, a senior fellow at the Atlantic Council.

“China exported its state-driven lending model overseas,” with the same lack of transparency, said Alex He, a senior fellow at the Center for International Governance Innovation in Waterloo, Ontario. “It’s fair to say that it’s not easy for China to change that.” He added, “I don’t think they will change.”

In the early going, Chinese lenders served state interests. Belt and Road projects provided work for Chinese construction firms and manufacturers whose domestic markets were saturated. The loans also earned good will from foreign leaders. But now that the loans are going bad and the lenders are insisting on full repayment, China’s reputation is suffering.

Saying that Chinese lenders are playing hardball is not the same as saying that they are trying to push borrowers into default in order to seize their assets. During the Trump administration, the State Department accused the Chinese of “debt-trap diplomacy,” citing how Sri Lanka lost control of a major port after defaulting on a Chinese loan. But that is not China’s modus operandi, said Rosen.

“Any financial institution makes a lot more money by getting the debt paid back than if they have to seize an asset and figure out what to do with it,” Rosen said. As for the People’s Liberation Army, it would rather negotiate for port access with local governments — as it did successfully in Djibouti, in eastern Africa — than to acquire it through foreclosure, he said.

China, France and other creditor nations are negotiating at the moment over help for Chad, Ethiopia and Zambia. Sri Lanka is also on the radar, and behind it Pakistan and other middle-income nations that owe much more than the poor African nations. The hope is that a successful deal with Zambia and others could serve as a template for other debtors.

To date, though, China has more often preferred to deal with debtor problems case-by-case, which gives it leverage to pursue parochial interests, rather than to coordinate a strategy with other creditors, Rosen said.

“Is this China coming into the fold?” Douglas Rediker, senior fellow at the Brookings Institution, said to the Financial Times, referring to the African negotiations. “Absolutely not.”

The Chinese Embassy in Washington did not respond to a request for comment for this newsletter.

The worse debt problems get, the more pressure there will be for China to participate fully in workouts. On July 13 Kristalina Georgieva, the managing director of the I.M.F., wrote a blog post that didn’t directly call out China’s loan practice but was most likely aimed at China, among others: “Large lenders — both sovereign and private — need to step up and play their part. Time is not on our side.”