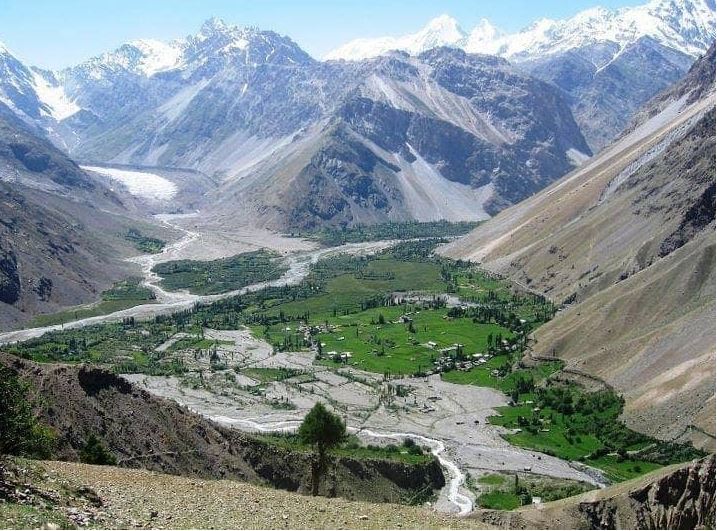 The Great Game as we know it today began around the early 1800s when in 1801 Russian Tsar Paul, I sent Napoleon Bonaparte a secret letter proposing a joint invasion of British India. Considering the expedition too ambitious, Napoleon turned down the offer. However, Russian attempts to conquer India did not end there.

Due to the strategic location of both Iran and Afghanistan as the gateway to British India, they were dragged into the Great-Game.

In 1801, Russia annexed the Kingdom of Georgia and the Persians saw it as a direct invasion of their regional sphere of influence in Central Asia.

Three years later, Russia continued with its imperial expansion and laid siege to Yerevan (the capital of Armenia). This military maneuver drew Iran into an alliance with the British.

Fast forward to 1979 when troops of the former Soviet Union entered Kabul to protect the communist government which was faced with an insurgency supported by the US, British and their western allies as well as China.

For the next 10 years, Pakistan became the frontline state among the contending players of the Great-Game. Finally, in 1989 the Soviet troops were forced to withdraw ushering a period of civil war and uncertainty that continues to this day.

Flashback to the 1800s when Russia began to build trading posts across Central Asia as a means of using commerce to conquer the independent kingdoms of Central Asia.

Edward Law, 1st Earl of Ellenborough, served as a member of the British Cabinet and was appointed president of the Board of Control for India in 1828 and later as governor general of India between 1842 and 1844. He observed the Russian expansion toward India very closely and reported that Russia was using commerce to conquer central Asian republics by setting up trading posts.

Today, the China-Pakistan-Economic-Corridor (CPEC) which is part of a greater China’s Belt and Road Initiative should be seen as a vial economic expansionist program initiated to conquer a key geographical location on the cusp of Central Asia, India, and China namely Pakistan occupied Gilgit-Baltistan (PoGB).

Sold to the people of PoGB as a landmark project to uplift the lives and infrastructure of the poverty-stricken people of PoGB CPEC has in fact deepened their colonial subjugation. Considering China’s ambition to extend CPEC right down to the deep seaport of Gwadar in Balochistan, the project is an illegal economic encroachment on a territory that is part of Jammu Kashmir and therefore of India.

Moqpondass Special Economic Zone is one such SEZ being built in PoGB. The other is being built in my city and is called Mirpur Industrial Zone. These economic zones are to be linked together right up to the port of Gwadar.

Moqpondass SEZ borders with Afghanistan to the North, China to the Northeast and PoJK to the South. No wonder PoGB is referred to as “the lifeline of CPEC”.

Moqpondass is rich in precious stones and all the mining contracts in the region are already being pouched by China or their sponsored private contractors. This has caused displacement of thousands of residents and resulted in wave after wave of protests in PoGB.

As promised earlier Gilgit-Baltistan has not been made a stake holder in CPEC. The 1.8 million jobs promised to be generated by CPEC for PoGB never materialized and China sent thousands of its own workers instead to work on CPEC projects in the region.

As the Great-Game enters a new era with Chinese imperialist expansion and India taking her place as world’s fifth largest economy the old strategy of using commerce to conquer has come alive again.

Manoj Gupta, group editor of security affairs at CNN-News 18 reported on June 15, 2022, that China has asked Pakistan for permission to setup military outposts in Balochistan for CPEC security.

Soon we might witness Chinese military outposts in Gilgit-Baltistan in the name of providing security to Chinese personal working on CPEC projects.

How the new players in the Great-Game will manifest their maneuvers only time can tell but till then PoGB seems to have become the first fatality of Chinese policy of using commerce to conquer.