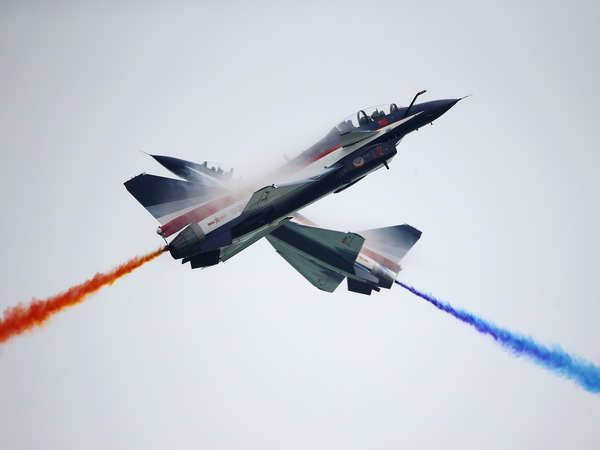 At a time when an American military officer termed Chinese military infrastructure development along the border with India as “alarming”, it has emerged that the Chinese Air Force has deployed over two dozen frontline aircraft at its Hotan air base near eastern Ladakh sector.

According to government sources, the Chinese Air Force keeps 25 frontline fighters at Hotan air base, which include their J-11 and J-20 fighters.

“The Chinese earlier used to maintain detachments of MiG-21 class fighters there, but they have now been replaced with more capable and sophisticated aircraft and in larger numbers,” a source said.

The Chinese Air Force is building new airfields close to Indian territory, which can allow them to carry out missions from lower altitudes.

US General Charles A Flynn had recently said that the Chinese activity level was eye-opening. “I think some of the infrastructures that are being created in the Western Theatre Command are alarming,” he had said.-ADVERTISEMENT-Ads by

Indian agencies are keeping a close eye on the activities of the People’s Liberation Army’s Air Force (PLAAF) that has spread all along the Line of Actual Control with India opposite to Ladakh in the north to Arunachal Pradesh in the north-east.

Along with Hotan, the agencies are also keeping a close eye on Gar Gunsa, Kashghar, Hopping, Dkonka Dzong, Linzhi and Pangat airbases of the PLAAF in Xinjiang and Tibet regions.

The Chinese PLAAF has been upgrading these bases in recent times with the construction of hardened shelters, the extension of runway lengths and the deployment of additional forces to carry out bigger operations.

The Indian side has also ramped up preparedness in the view of the heightened activity by the Chinese forces on their side of the LAC, and has deployed Sukhoi-30MKIs, MiG-29s and Mirage-2000s at forward air bases.